Egypt has been largely off the travel map for some time, and now tourism is slowly returning so QuirkyCruise.com decided to bring the legendary Nile cruise to your attention. Most important historic sites can now be enjoyed with far less crowding than in the past when the major sites were often overwhelmed with visitors.

The Nile is the world’s longest river at some 4,160 miles from source to mouth — in Egypt, the Upper Nile is in the south and the Lower Nile is up north. Most Nile River cruises sail between Luxor and Aswan, a 120-mile stretch. The four-night option visits the ancient temples and monuments at Luxor and the Valley of the Kings, Kom Ombo, Edfu, and Esna; longer seven- and eight-night options add on the bit north of Luxor, stopping at Dendera and Abydos. 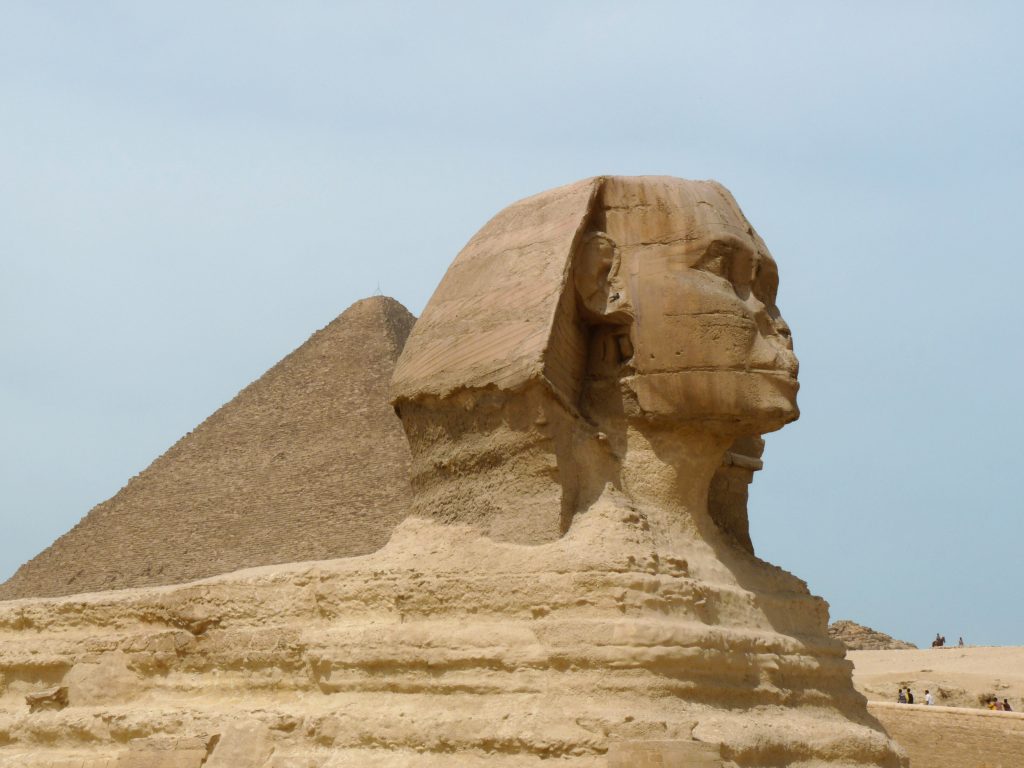 The Sphinx and the Pyramid of Cheops in Giza. * Photo: Abercrombie & Kent

When contemplating a trip to Egypt and the Nile Valley, be sure to go prepared. Those who don’t know Isis from Osiris (wife and sister; husband and brother) and who think that they are looking at Cleopatra’s Needles (chiseled 12 centuries before she was born) in Central Park, London, Paris, Rome and Istanbul will be crying uncle after a few days exploring the temples and tombs of Ancient Egypt. 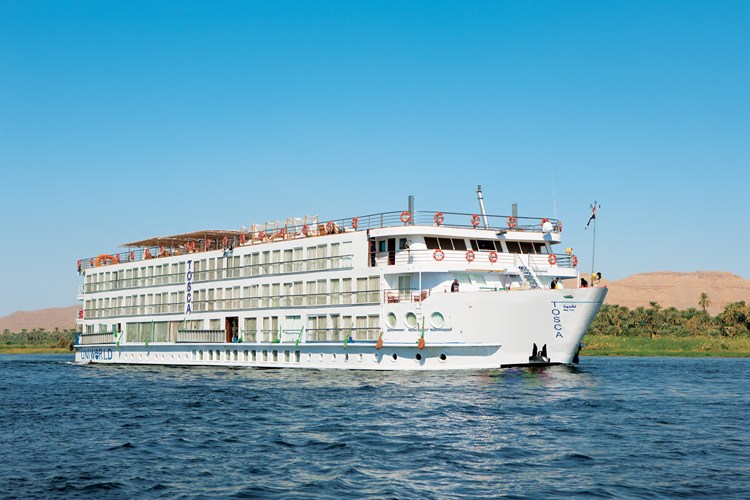 The high-end operators provide not only good reading lists, but also suggest which ones to read if you have limited time. Take the suggestions to heart or be prepared to get stuffed with more myths, tales and hieroglyphs than you can keep straight.

While some travelers shy away from taking an organized tour, it is really the only way to navigate the Nile Valley and come away with a successful trip, rather than one beset by having to deal with overly eager “official” guides, touts galore, canceled reservations, long queues to get into nearly everything, and far too many other tourists intruding into your space. 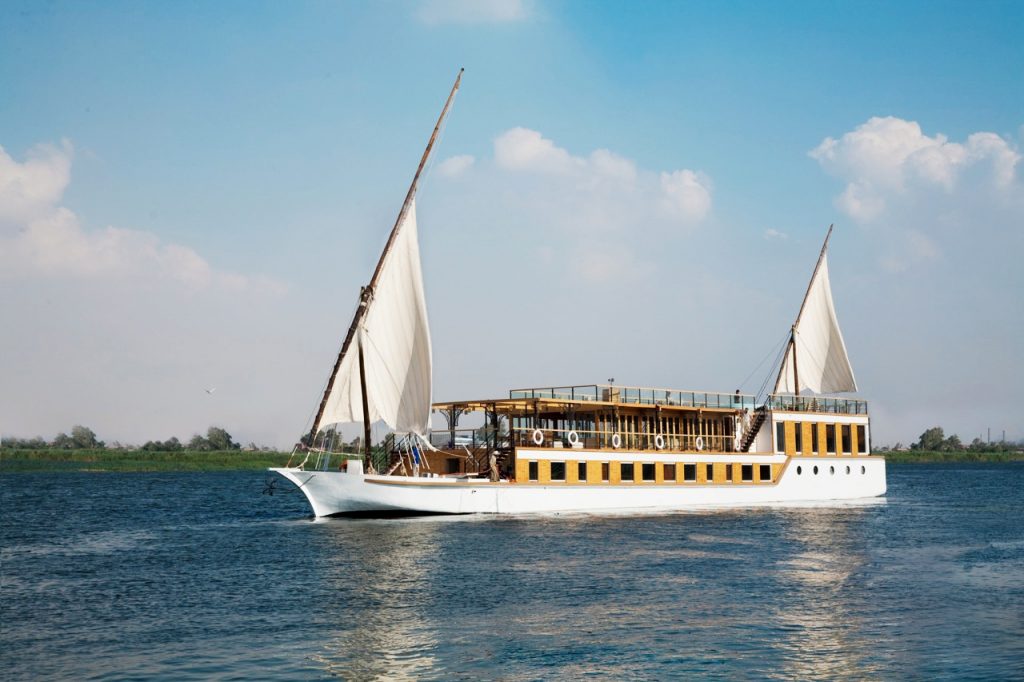 Before the events of the Arab Spring in 2011, when many travel companies and cruise lines stopped offering Egypt trips due to security issues and waning demand, there were many river cruise lines offering Nile Rivers cruises. Seven years later, the region still hasn’t bounced back to the old days, but there are a handful of river cruise lines committed to this stunning part of the world. (The number of tourists visiting Egypt dropped from 14.7 million in 2010 to 5.4 million in 2016, according to the United Nations World Tourism Organisation.)

Read more about Egypt’s tourism decline in this recent Al Jazeera article. In addition, here is a link to the July 2017 State Department warning about travel to Egypt.

This picture may not sound very appealing, but Egypt, ancient and modern, Coptic and Muslim, is a fascinating place, and a cruise on the Nile transports one back to pre-biblical times.

Our cruise-tour with Lindblad Expeditions lasted 16 days (note: in January 2018, Lindblad announced it was resuming Nile River cruises after it had pulled out of the region in January 2011 due to the uprising.) Two Egyptologists ­— in our case two highly professional Coptic Christian women — divided the group in half. Not only did they present their considerable knowledge in a most appealing way, but they were experts in helping us avoid the worst of the crowds and in getting tickets to hard-to-obtain Nefertari’s tomb. Lindblad also guaranteed Nile-view rooms in Cairo and pyramid views at the Oberoi Mena House in Giza, on the west bank of the Nile a few miles southwest of central Cairo.

Cairo has many layers to explore amidst quite a lot of chaotic street traffic. The Cairo Museum’s treasures are well known, as is its dustiness, but there is also modern-day Muslim Cairo and a Coptic Christian culture that represents 15 per cent of Egypt’s population. Even coming from New York, I found crossing the street intimidating and downright frightening at times. Cross with the locals. But it was worth the effort to get into the perfectly safe back streets or to walk the banks of the Nile for a glimpse of action on the river.

Our Lindblad trip spent eight nights on the river, and the passing scene kept lots of us out on deck. The Nile in Upper Egypt is the highway for barges laden with sugarcane and feluccas taking sacks of fertilizer to farm landings. Cattle and goats came down to drink from the Nile, and small boys yodeled and waved as we passed. It took on a magical quality one evening when the moon rose in the East and the set in the Western Desert. 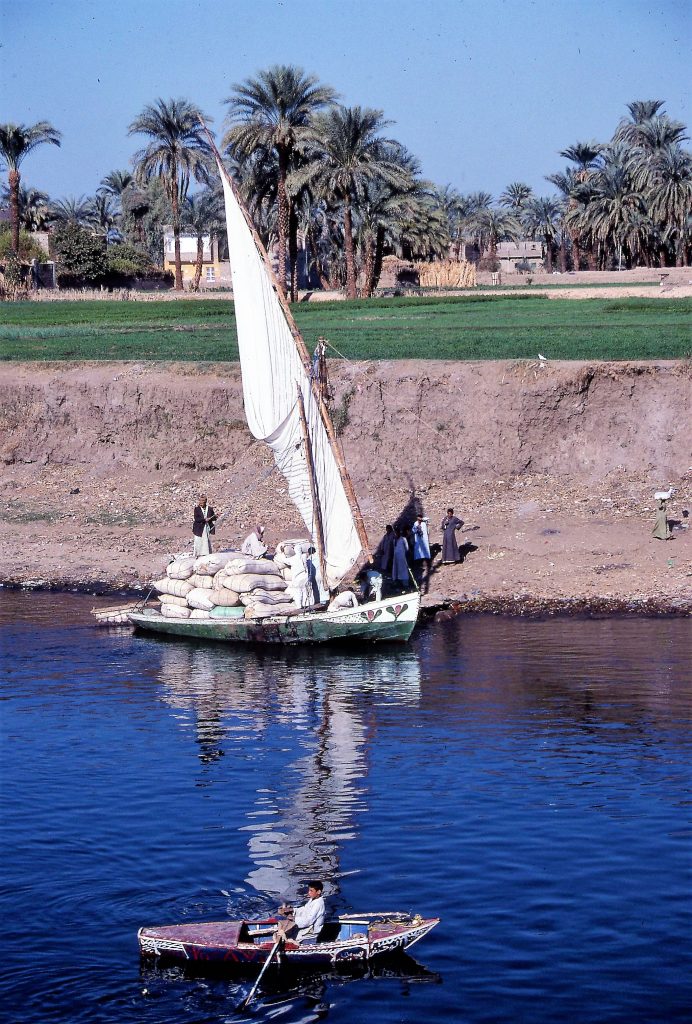 With so few other cruise boats presently operating on the Nile, the rafting side by side at night that used to be the norm is much less common, and you are less likely to be looking into someone else’s cabin.

Lindblad’s 16-day cruise tour spent a full week on the riverboat allowing more time at Luxor and area and including Dendara, an outstanding and less visited Greco-Roman site down river.

Between Luxor and Aswan, most sites are from the Greco-Roman period, but executed in the Egyptian style. The settings, on the riverbank, inland and below ground, vary more than the content, so those who have done their homework and have a sense of anticipation fare better than those who come unprepared.

Because of the current heightened security with reassuring police presence, you are not likely to feel uncomfortable after a day or two.

Valley of the Kings

The narrow West Bank of the Nile represents Ancient Egypt at its peak. Part of the ancient city of Thebes, the Valley of the Kings was the burial place of almost all the pharaohs (kings) between 1539 and 1075 BC, from Thutmose to Ramses X. Declared a UNESCO World Heritage site in 1979, the area also comprises Luxor, Karnak and the Valley of the Queens.

There is lots of sightseeing variety, including massive temples, statuary, an avenue of ram-headed sphinxes and tombs of pharaohs. The best of underground chambers are few and small, and unable to handle many visitors, and with some sites not open on a given day, it is not always certain which interior spaces you will see. 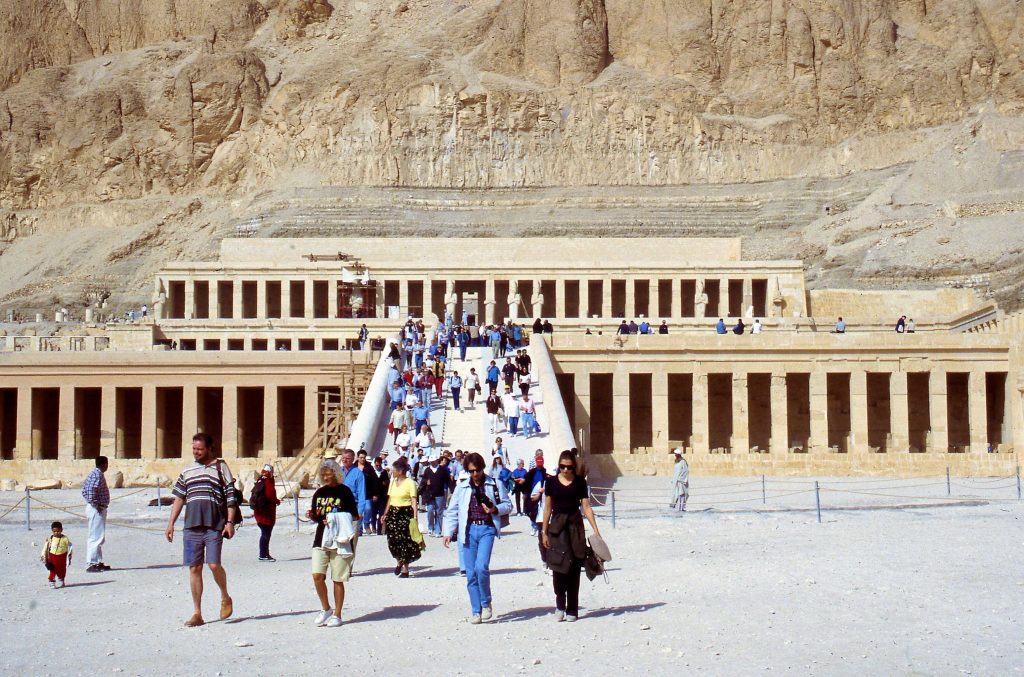 Valley of the Queens, located on the West Bank of the Nile. * Photo: Ted Scull

At the Valley of the Kings, we got into several tombs, including Tutankhamen’s and Nefertari’s, though the latter visit has a limit of 10 minutes to minimize the chances of damage due to our breathing. The hieroglyphs are spectacular.

The only disappointment was Karnak’s sound and light show that consisted of mostly booming voices of British dramatic actors, yet offering little historical content. The show at the Great Pyramids was much better.

Luxor, today a modern city of nearly one-half million, was at the peak of Ancient Egypt’s New Kingdom, Upper Egypt’s capital city of Thebes. Luxor Temple, is a massive complex to explore, with its centerpiece the Colossus of Ramesses II. Movie buffs who know the film “Death on the Nile” will be delighted to see the spot where the huge stone slab came crashing down. If the guide adds a bit of drama, he will have you look up straight up, an exercise that can be a bit unnerving. 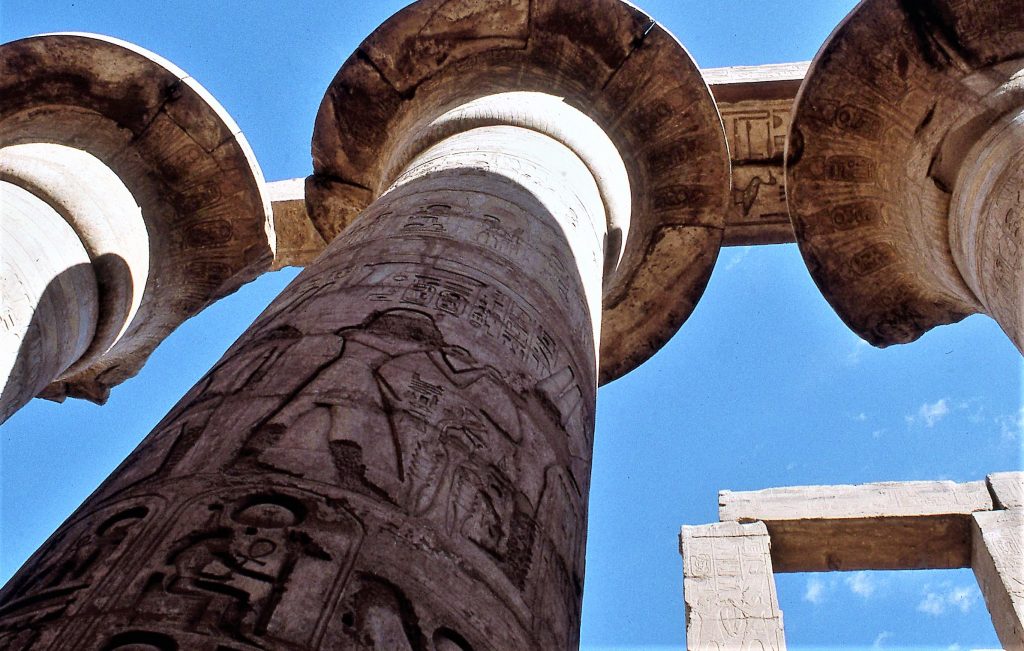 A multi-kilometer avenue lined with hundreds of Sphinxes led from here to Karnak. In the early 21st century, a large section was unearthed to give a sense of majesty. Luxor also has interesting markets, both for the locals and visitors, and a fine corniche above the Nile to stroll along in the evening.

Aswan is the most visitable city, and the parallel streets in from the river have a lively market atmosphere, and as most goods are not tourist-oriented, one can explore without being harassed. The felucca cruise around Elephantine Island and to the botanical gardens allows for a peaceful enjoyment of the sites and the urban and desert landscapes. The Island of Philae between the British-built dam and the High Dam is a lovely setting and provides an interesting story of saving a highly valued ancient monument from the rising waters. 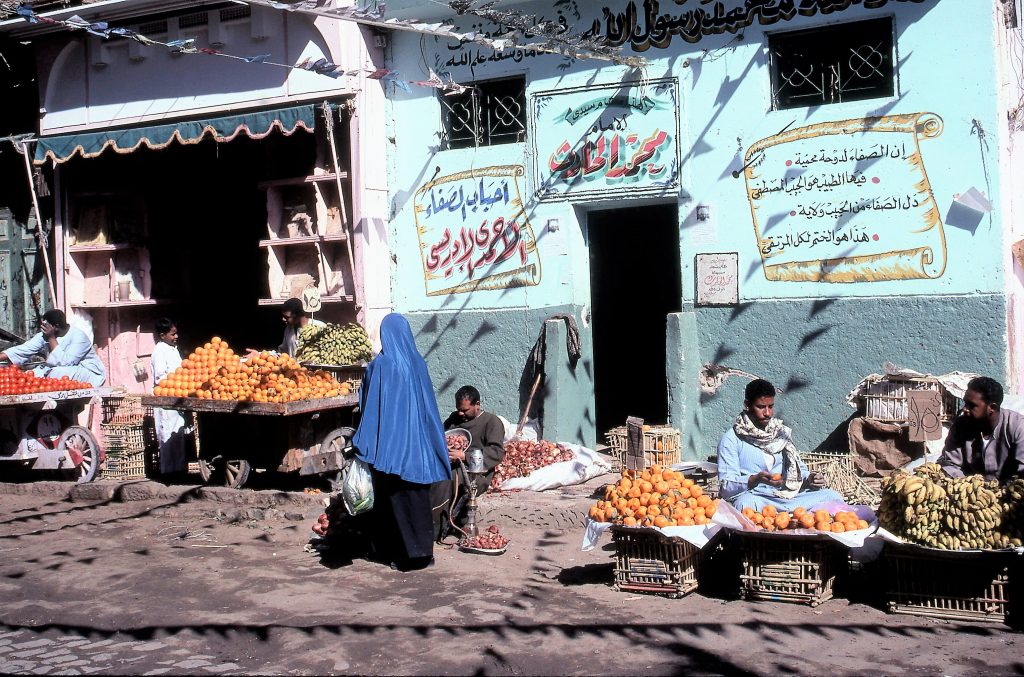 Abu Simbel may have been the highlight of our itinerary and included an overnight stay at a nearby hotel, affording us the opportunity to stand on the banks of Lake Nasser as the sun set behind the colossal statues of Ramses II and then watch it rise the next morning to bathe the monument in a soft light. 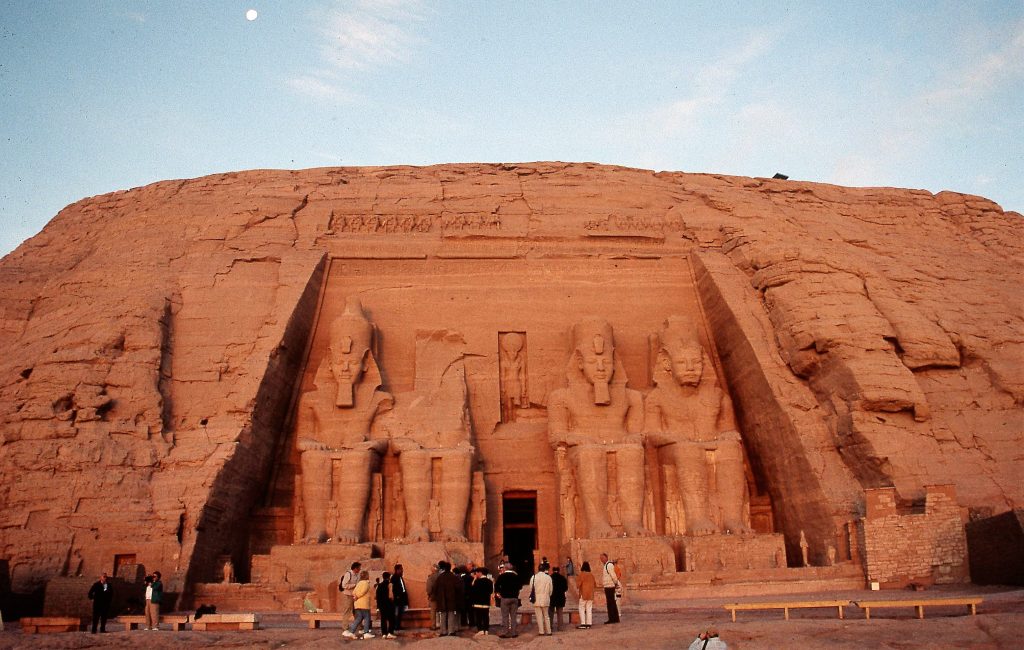 Giza, a major city in its own right, has been absorbed into the sprawling Cairo metropolis just a few miles away to the east. Here you’ll see ancient Egypt’s iconic archetypal pyramids and the Sphinx at the base of Giza’s desert plateau. The Pyramids of Giza along with the ancient ruins of Memphis, Ṣaqqārah, Dahshūr, Abū Ruwaysh, and Abū Ṣīr, were collectively designated a UNESCO World Heritage site in 1979. 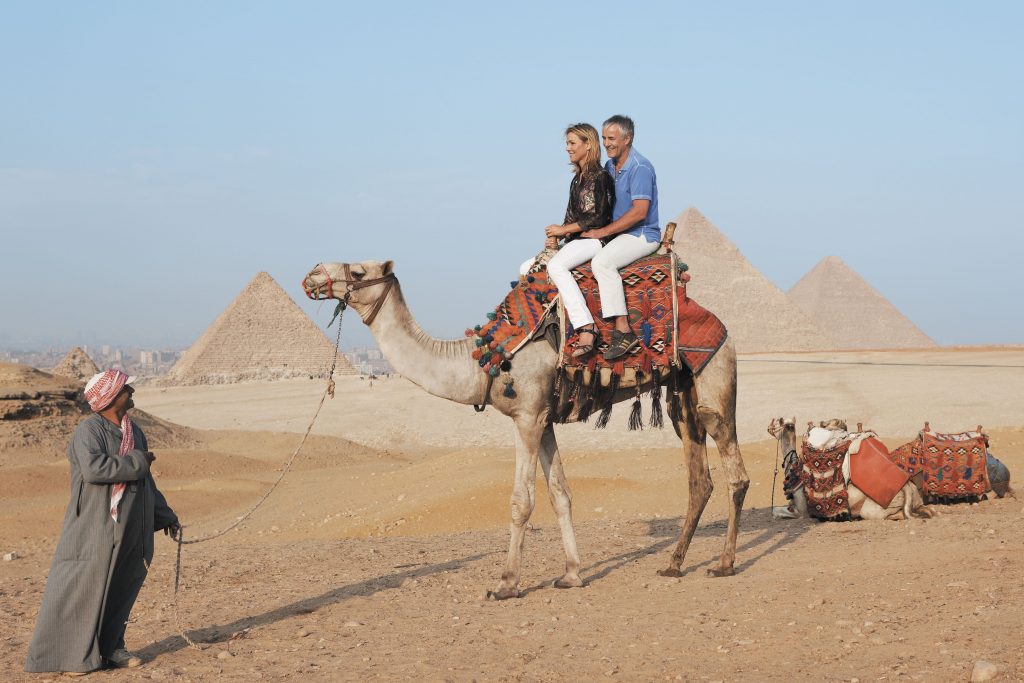 Read more about the pyramids of Giza in this National Geographic article.

The final three nights of our cruise-tour were spent at the Oberoi Mena House, a former 1869-built hunting lodge that has greatly expanded into a major hotel. It’s a most desirable and popular hotel on high-end packages. Our room looked directly across the interior date palm courtyard to two of Giza’s three Great Pyramids, either floodlit or as darkened silhouettes piercing the night sky.

The days were spent visiting Giza and the amazing 4,700-year-old solar boat, the ruins at Memphis and the step pyramid at Saqqara. Descending into a nobleman’s mastaba (burial chamber), beautifully colorful bas-reliefs depict intriguing scenes of daily life — farmers force-feeding cattle, fishermen casting their nets, artists sculpting and making jewelry, dwarfs building a boat, and a hippo biting a crocodile. 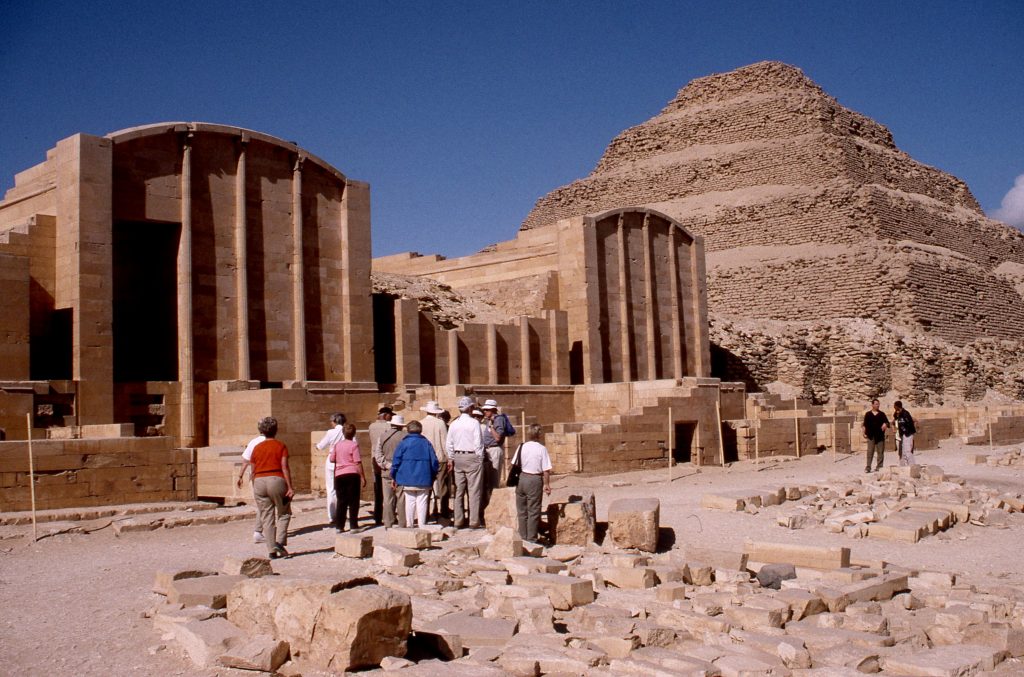 I think that our guides made the difference and kept the interest up amongst most of the group. A few people said that if they heard another set of hieroglyphs being translated, they would cover their ears.

For me, this was my third time in Egypt with decades in between, and as archeologists uncover more and it is then interpreted, Egypt’s long history gets richer and more deeply understood.

Nile River cruises are offered year-round. The best time is December though February, the high season, when yes it’ll still be pleasantly hot, but less humid and quite chilly at night, often down to the low 50s/high 40s F. Summers are broiling hot — more than 100 degrees F — while the shoulder seasons of March/April and October/November can be ok too, though still hot in the middle of the day. Keep in mind the water level of the Nile is usually low between October and May to conserve water in Lake Nasser, the source of much of Egypt’s irrigation supply.

Most Nile River cruises are 4 or 8 nights; with the shorter cruises sometimes combined with a 3-night cruise on Lake Nasser; all companies offer optional pre- and post-cruise hotel packages for additional exploring in Cairo, Giza, and Alexandria.

Fly into Cairo via major cities like London and New York. Depending on your package, there are likely internal flights on domestic carriers. 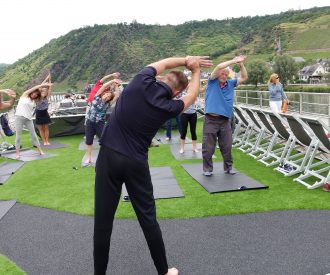 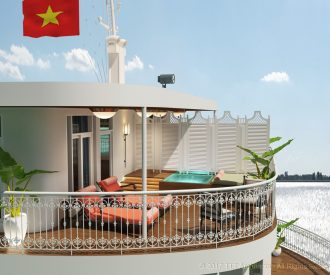