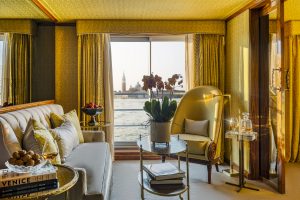 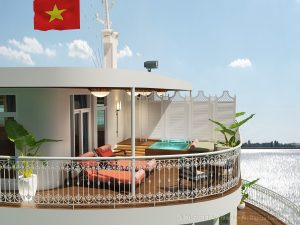 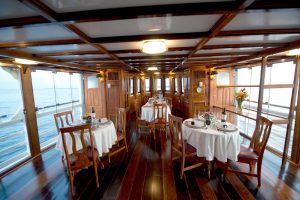 What more could you ask for in a river cruise: luxury interiors, cushy cabins with amazing beds, all-inclusive fares and a fleet of bicycles on board for pedalling in port whenever the whim strikes.

Uniworld operates river cruises in many parts of the world with a heavy concentration on the rivers of Northern, Southern and Eastern Europe, including Russia. The river cruise line is one of the 30 brands of The Travel Corporation that operates family, youth, guided, independent, safari and adventure travel, as well as river cruising, and hotels in 70 countries on six continents. The river cruise line is considered to be at the top of the market and is known for being truly all-inclusive. A Generations Program designed for families has specific Europe river departures for children, tweens and teens. The newish “U BY UNIWORLD” program originally targeted travelers in the 18 to 40 age range, and now these river cruises are offered to all adult passengers upon two renovated ships — River Baroness and the River Ambassador — redesigned with a more contemporary look and features like communal tables for dining, creative cocktails and international DJ’s onboard while sailing on the major European rivers to exciting ports like Paris, Amsterdam and Budapest. 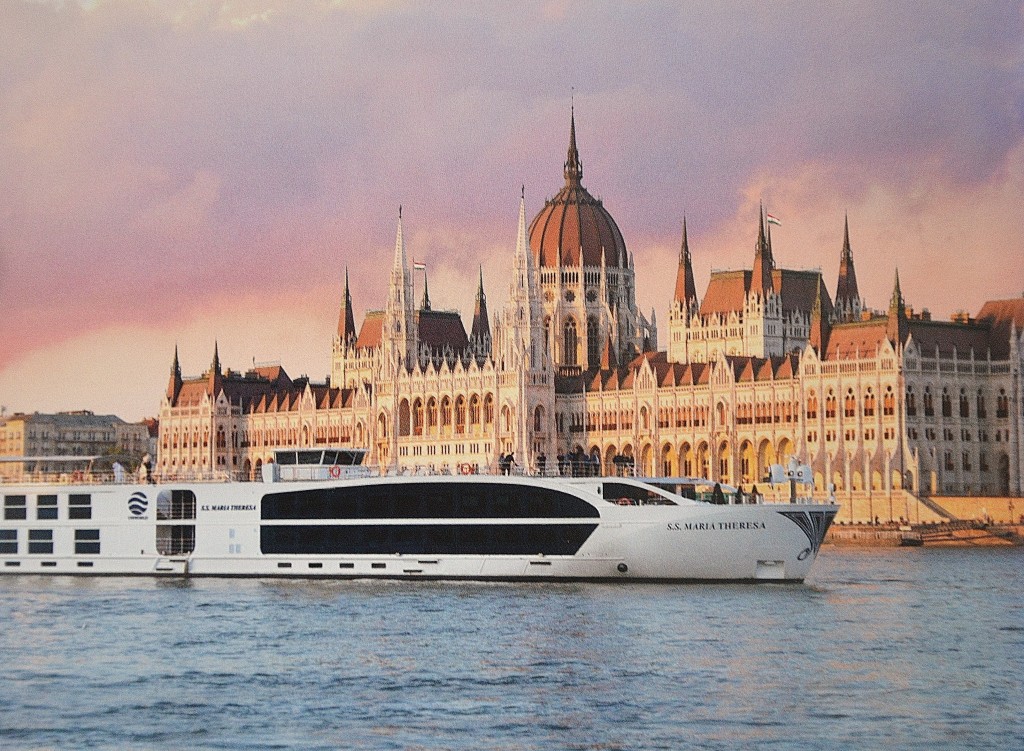 N.B. Beginning in September 2020, Uniworld will be offering a Peruvian Amazon program featuring two itineraries: an 11-day cruise tour that include Lima and a cruise to Pacaya-Samiria National Reserve and a 15-day combination of Machu Picchu exploration and a week’s Peruvian Amazon cruise. The riverboat ARIA AMAZON offers 15-suites, all with large picture windows. Included are all excursions, wines and spirits, and gratuities.

While most river cruisers are 50 and up, several offerings will appeal to multi-generational families who would like to vacation together. The latter are scheduled in the summer holidays and December, and extra bicycles (including child sizes) are brought on board for guided and independent pedaling in port whenever the mood strikes. Solo travelers will find that a wide selection of European river departures have a waived or low single supplement.

$$$  Super Pricey. For families, some departures offer 50% for ages 4-18, and a few even offer free accommodations when traveling with two adults.

All shore excursions at differing levels of activity, gratuities on board and off (ie to tour guides), alcoholic and non-alcoholic beverages (limited to dinners in Russia), Internet and WiFi, use of bicycles. 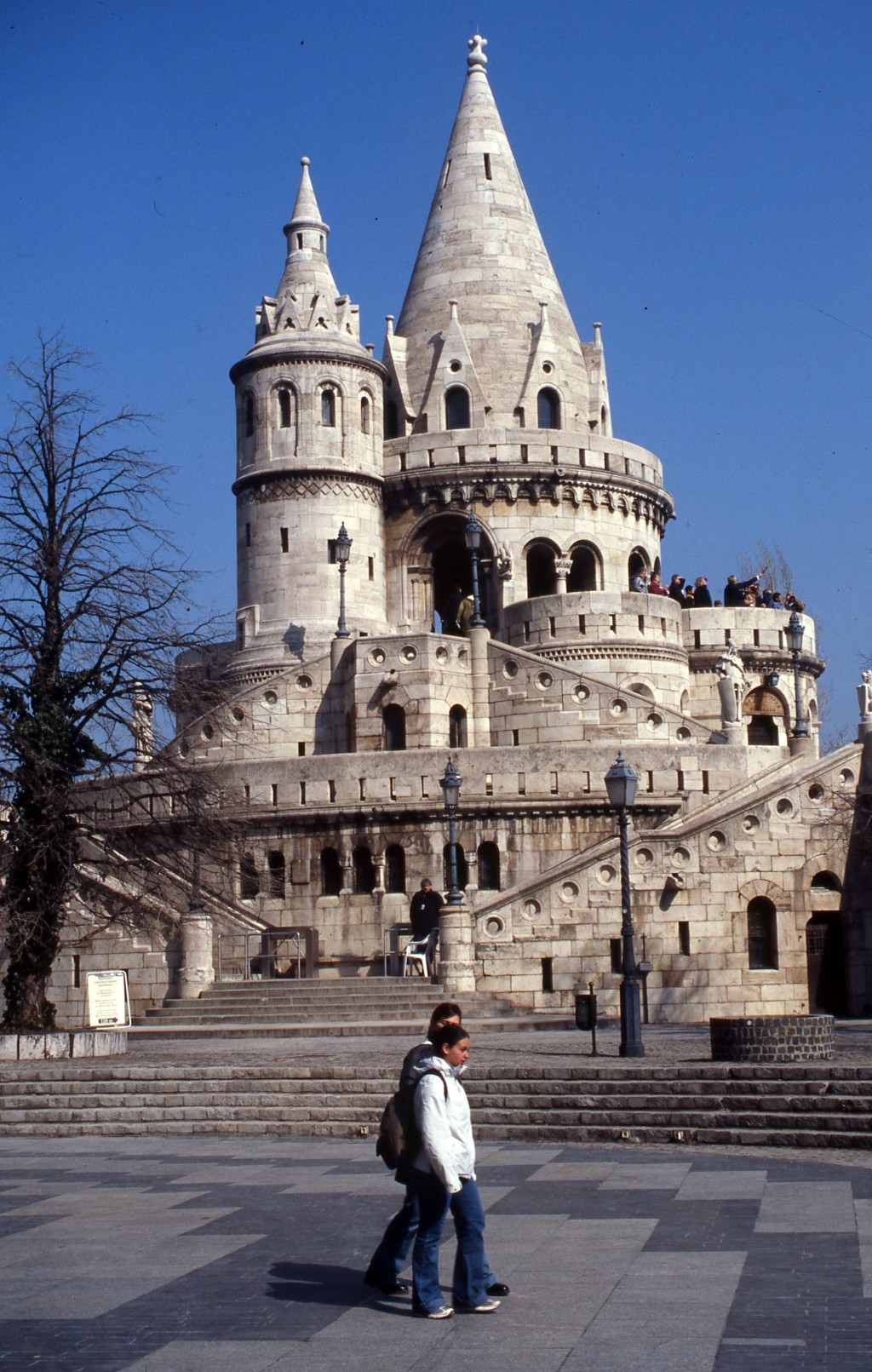 For example: 10-day cruise-tours in North Italy include a land portion from Milan to Venice then on Day 3 to Day 10 live aboard the River Countess docked in Venice and sailing the Po River. 15-day cruise-tours include the above then add four days to visit Florence and Rome. 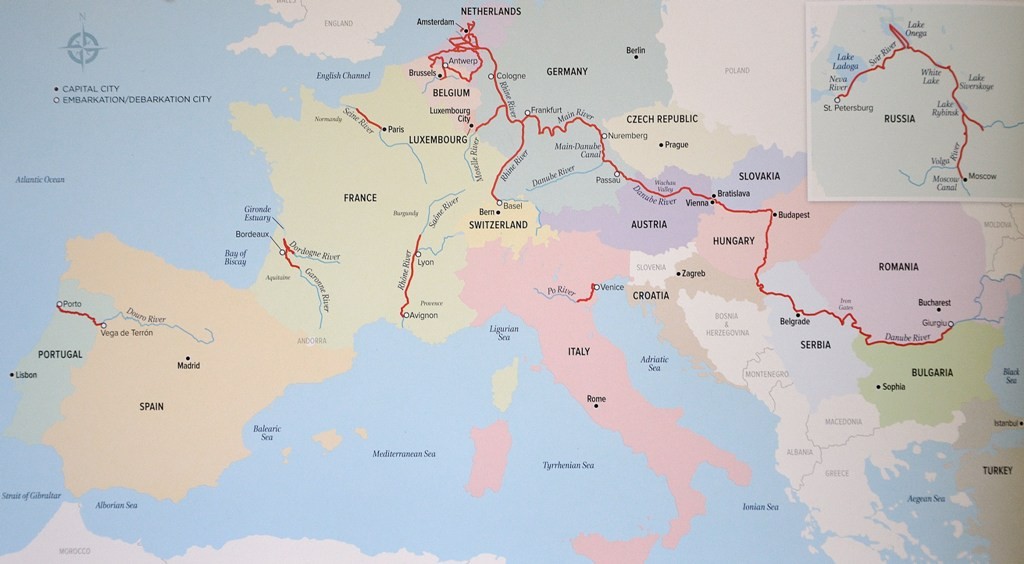 Oceangoing cruises touch at coastal ports, while inland cities and scenic destinations are often a longish bus ride there and back (think Berlin, Bruges, Ghent, Paris, Avignon, etc.) while river cruises take you directly to the doorstep and to many other great cities and sights.

River cruises are operated seasonally, and often not at all in November, January, February and often into March. Christmas markets cruises are the exception in December. While there are fewer crowds in the spring, rain may also limit independent activities ashore, while the fall sees less tourists and often nicer weather.

Attractively and individually furnished with private balconies for some of the top accommodations, and French balconies with small rectangular windows high in the room on the lowest deck. Most standard cabins measure 150-160 sq. ft. with a few as small at 128 sq. ft., and suites 214 to 410 sq. ft. Cabins offer TV, telephone, bottled water, and safe, while many suites have butler service, and all suite offer room service for breakfast, daily fruit and snacks, stocked minibar, bottle of wine upon arrival, and free laundry service. 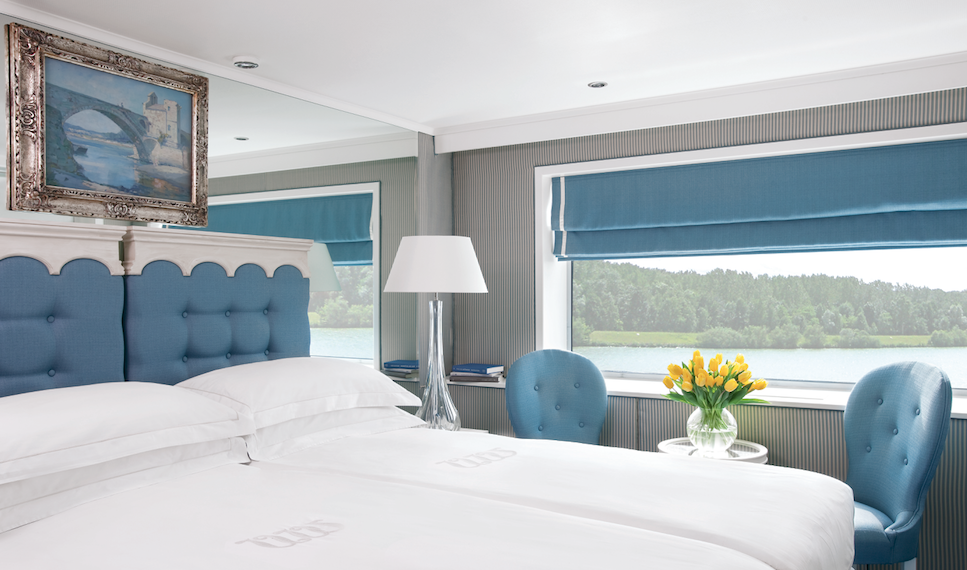 The furnishings and original artworks are lavish for riverboats, and the newer vessels have two lounges with bars, while the very newest add heated swimming pools. Nearly all but the oldest have a complimentary guest laundry room — unusual on riverboats — and all have a spa and fitness room, sun deck with open and covered lounge seating, life-size chess pieces and free Internet and WiFi (though signals can be weak).

The main restaurants seat all at one open sitting and dinner is from a menu while breakfast (with eggs to order) and lunch are buffets. In addition, there is an early riser breakfast, and light lunch options are in the main lounge and in the Sky Lounge or on the Sun Deck when weather permits. Afternoon tea is served in the main lounge, and al fresco dinners in the Sun Lounge or on the Sun Deck, again weather permitting. The food is very good and there typically at least one local option at lunch and dinner (ie Wienerschnitzel, sausages and sauerkraut on a Rhine cruise). Beer, wine and soft drinks are complimentary at meal time and any time of day (dinner only in Russia). Family departures offer children’s menus. 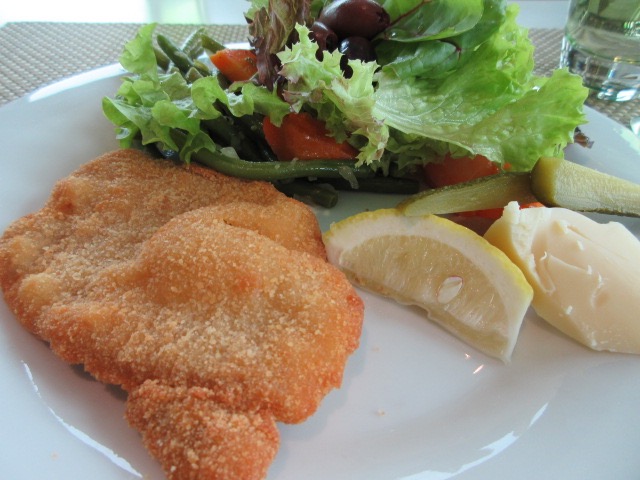 Wienershnitzel (pork) for lunch on board. * Heidi Sarna

Shore excursion choices fall into several categories: Choice is Yours is either to go on a first timers excursion or one that is less visited; Go Active might mean by bicycle either with a guide (historian or naturalist) or on your own; Do As Locals Do meets with local people; Village Day may involve a visit to a small town, workshop and/or farm; Special Visits are arranged for instance to a noble’s property or an evening visit when a site is normally closed to the public; and Gentle Walking means going at a relaxed pace with a guide, or remain on board and visit the spa or simply relax. While underway or at the end of the day, onboard lectures will feature art and cultural historians. The Generations family program includes some supervised children’s activities aboard, from pastry making demos to face painting and knot tying, and ashore, with excursions to places like interactive museums and forest adventure climbing parks. Uniworld teamed up with top travel operator Butterfield & Robinson to offer special river cruise departures using bicycles for exploring much of the way along the Danube between Passau and Budapest, returning to the boat every afternoon. 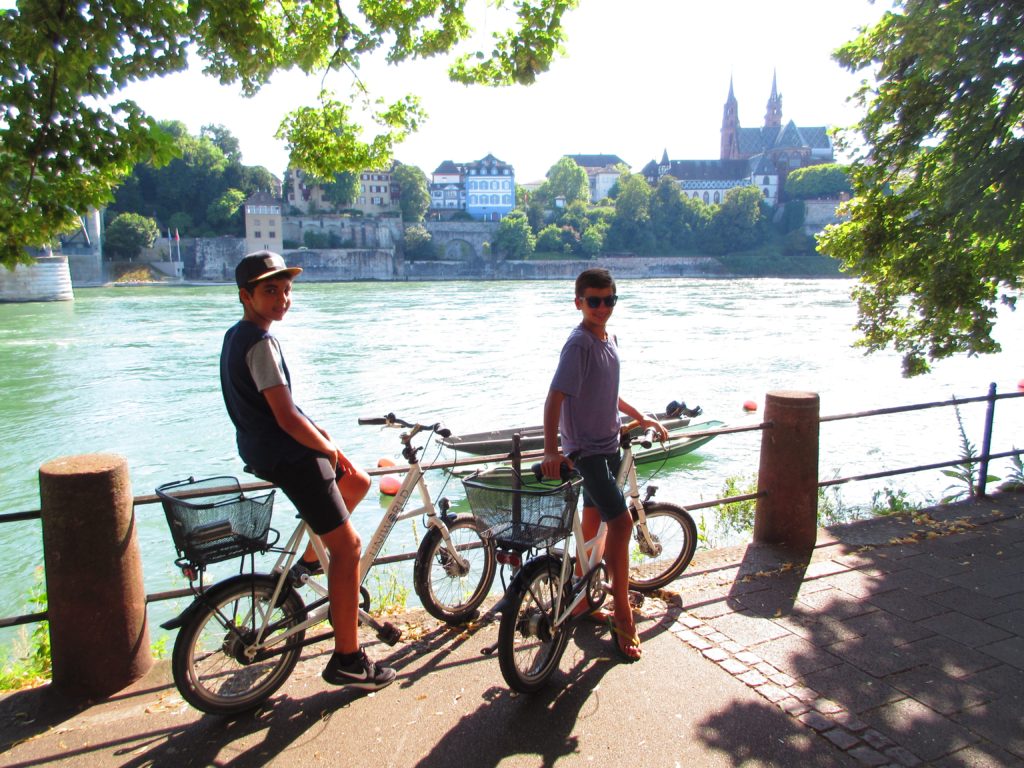 Biking along the Rhine in Basel before the it’s time to sail. * Heidi Sarna

Singles rates are reduced or waived on a wide selection of dates and itineraries. There are especially marked family departures in the summer. 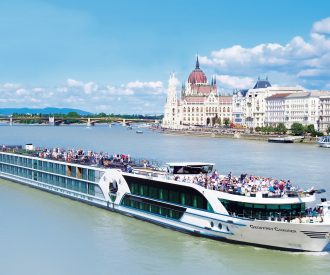 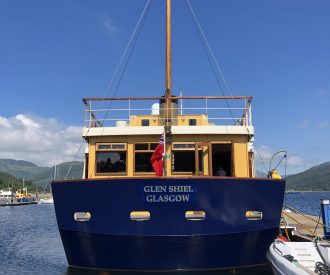 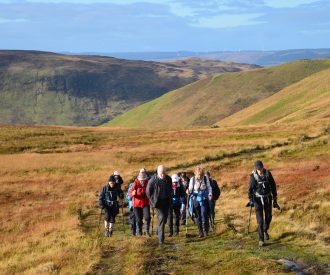