Swan Hellenic, a long-established culturally-oriented British firm that got its start in 1954 was most recently owned by the British firm All-Leisure Holidays until it ceased trading in early 2017. Sold to G Adventures, the line, using Swan’s past passenger lists was expected to resume operations but never did. Now a consortium of international ship-related businesses have vowed to restart the line using two expedition-style ships (152 passengers) that is expected to produce ship number one in late 2021 and the second in the second quarter of 2022. The English-speaking market is expected to be British, US, Canadian, Europeans who speak English, Australians and New Zealanders. While the culturally-oriented thrust is to be continued, there is an initial heavy emphasis on the Arctic and Antarctic polar regions and then the Far East, including Japan and the Philippines, New Zealand, Papua New Guinea and South Pacific Islands. The Mediterranean World and Northern Europe, the heart and soul of the old Swan Hellenic, are not mentioned. Until more is known, what follows below the photo is the story of the original Swan Hellenic concept.

What Was Swan Hellenic

One-ship-line Swan had traditionally drawn the upper end of the British market, plus a modest percentage of North Americans, to its cultural enrichment cruises that explore the Mediterranean, northern Europe and East of Suez through the Indian Ocean as far as Southeast and East Asia.

A team of mostly British lecturers accompanied every voyage, and few other cruise lines provided such an intensive year-round educational program that was offered in a most enjoyable social setting.

Having sailed five times with Swan — to the Middle East, Black Sea, France, Iberia and around the British Isles — I took to the British on-board style, the mind stimulation from the lecture program, interesting fellow passengers, and well-orchestrated visits ashore. 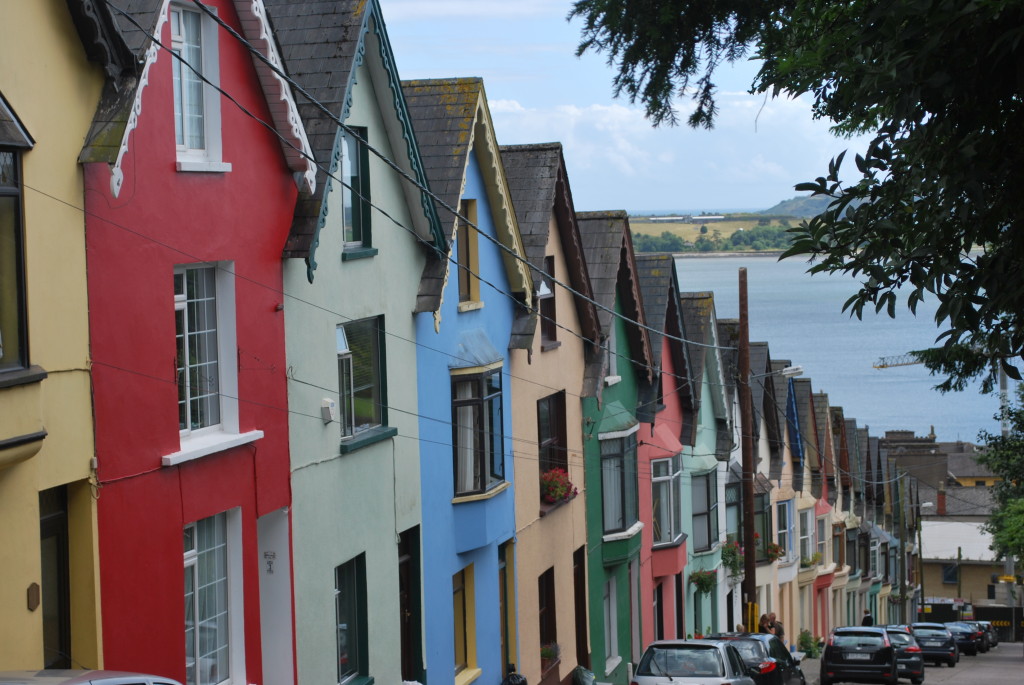 Mostly well-educated British 55 and up, and many repeaters (known as Swans)

6, and two elevators, aft and forward of amidships, serve five of the six decks with the forward one also reaches Promenade Deck.

A program of shore excursions in every port include entrance fees and all gratuities aboard and to guides ashore; wine on the captain’s welcome & farewell dinners. flights and transfers to/from the ship (where noted). 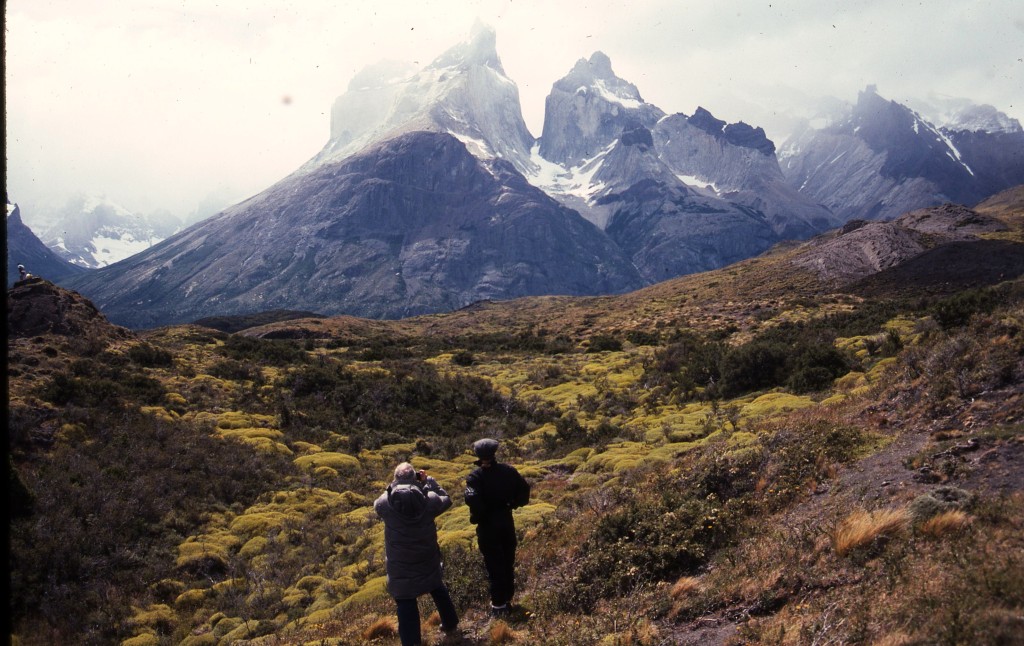 Itineraries: Cruises generally last between 14 and 16 days, with some as long as 22; none were repeated within any given year; cruises may be strung together for longer voyages. In the late autumn, the MINERVA crossed the Atlantic to the Caribbean and South America, and then sailing via the Panama Canal, cruised the west coast of South America, southbound to the tip, then returned northbound. The route back to Northern Europe is via Panama, Central America, and the Atlantic Isles. By April, the ship will work its way via numerous French ports, Channel calls and into the Baltic. A cruise will circumnavigate Iceland (4 calls) and stop in the Faroes and Shetland. The height of summer is spent in Norway and beyond the Arctic Circle, then via Scotland, Wales, Ireland to Channel Ports. By August 2016 the ship moves south via Portugal and Spain to the Mediterranean. Here the MINERVA remains until January 2017 in the Western Mediterranean, the Adriatic, Greece and as far east as Istanbul. Following a cruise out to the Atlantic Isles, the ship heads up via Iberian ports to be based at Portsmouth, England for the spring and summer 2017. Destinations are France, the Baltic (multiple cruises), Norway, British Isles, Iceland, and Ireland before heading south the Mediterranean in early August for the fall. Inclusive air programs from the U.S. and Canada make reaching the ship more convenient. 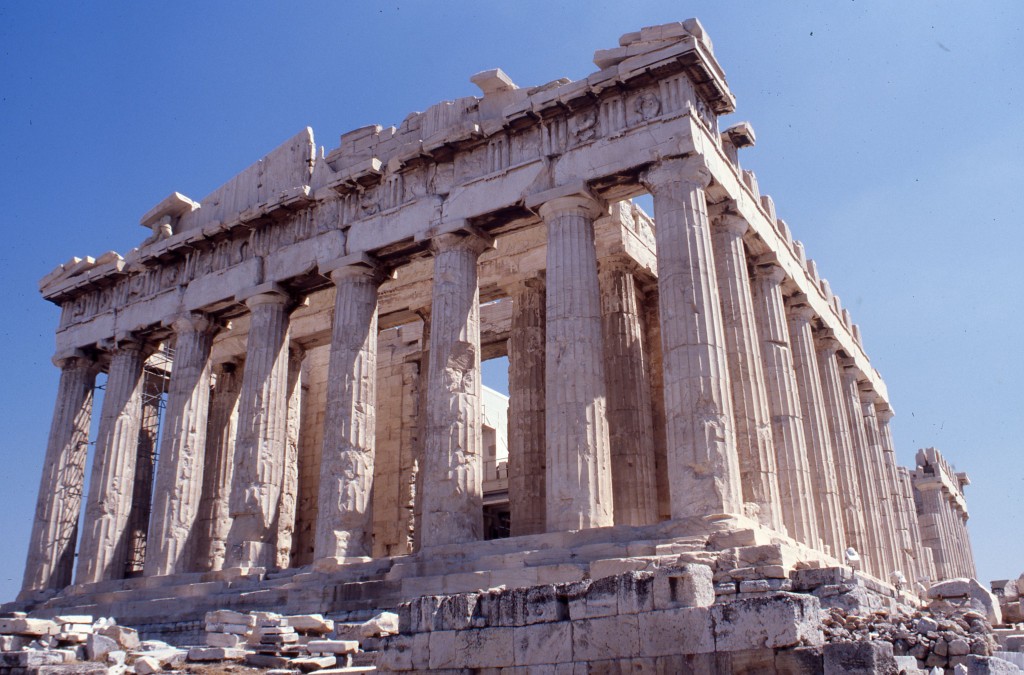 Swan Hellenic arguably offers the best cultural enrichment program afloat with a team of speakers whose biographies are listed in the main brochures. Their topics may include the areas of archaeology, architecture, art history, geography, horticulture, literature, philosophy, religion, and more. Some lecturers are writers, professors, scientists, broadcasters, (former) diplomats, military experts and members of the clergy.

The itineraries are well planned to include the most interesting places in the cruising regions, while the organization aboard and ashore is tops. What may be a plus for some, the atmosphere is thoroughly British; the passengers are generally well educated and table conversation lively and good fun.

The itineraries are far-reaching and geared to when the weather is likely to be the most favorable, such as most of the summer and fall in Northern Europe and the Mediterranean and winter months in the warmer climes of Central and South America. 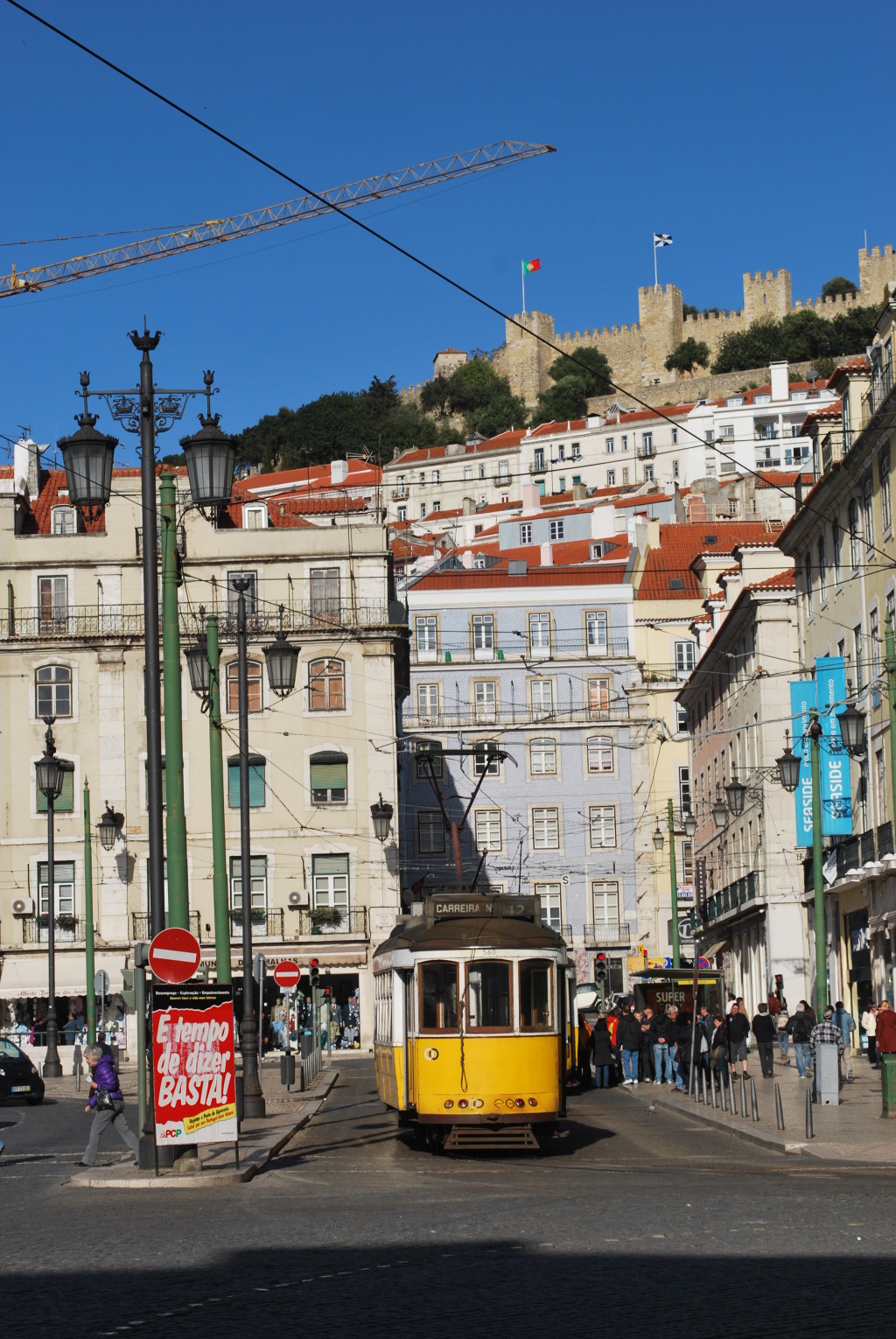 Of 190 cabins, 144 are outside, and 44 of these (336-340 sq. ft) located on Sun Deck and Bridge Deck include generous-sized balconies. The standard cabins, Aegean and Baltic decks, both outside and inside cabins are small (140 sq. ft). All accommodations come with flat-screen TVs, fridge, hairdryer, bathrobes, fresh fruit basket, binoculars and personal safe. A communal launderette is free to use. 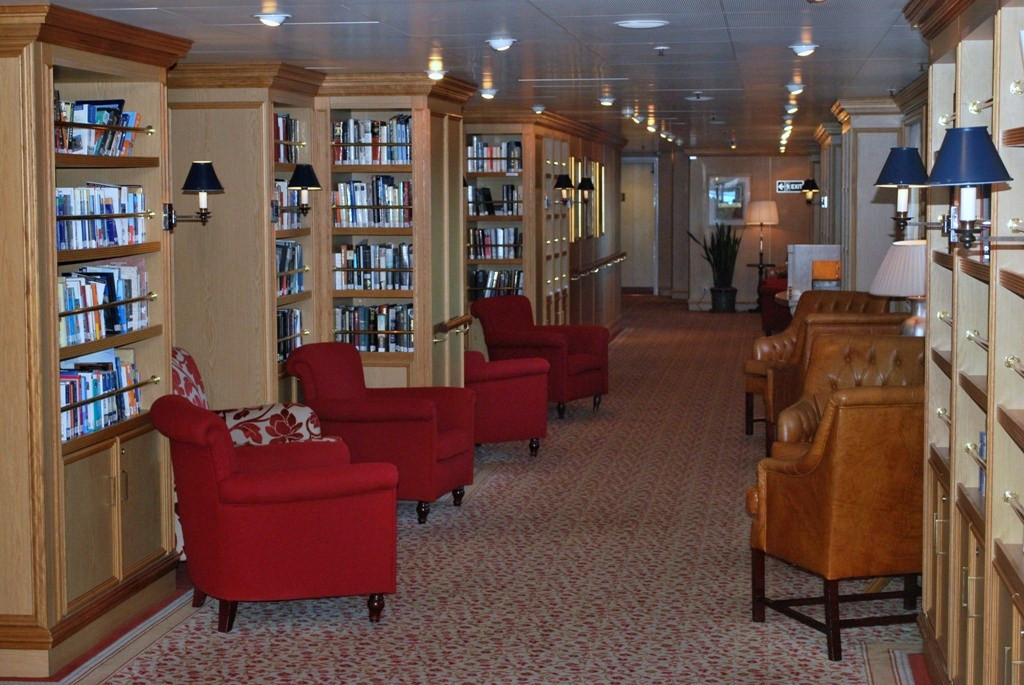 MINERVA’S country hotel atmosphere is perhaps best typified by Shackleton’s Bar, a roomy U-shaped, light-wood-paneled lounge with polished wood floors and oriental-style carpets. A pianist plays in one corner and a stunning set of black and white photographs depicting Ernest Shackleton’s aborted Antarctic expedition and rescue are mounted on the walls.

On the same deck, the long gallery-style library staffed by the lecturers’ spouses, is lined with open book shelves (5,000 volumes), comfortable reading (and perhaps some snoozing) chairs, reference books, and flat surfaces for studying atlases and using the computer stations.

If buying an e-mail package, the rates are remarkably inexpensive. Next-door are the paneled smoking lounge with button leather chairs and card room for bridge players. High up on Promenade Deck, the Orpheus Lounge serves as an observatory with 270-degree views, lounge seating and a bar with music at night. An outdoor promenade is ideal for that constitutional and wraps around the Orpheus Lounge.

Meals are taken at an open-seating restaurant, a boon for meeting fellow passengers and great for single travelers. Meals are invariably lively social events, full of good conversation. In the main restaurant, jacket and tie are de rigueur at dinner, while the informal Veranda, an attractive buffet restaurant, is always casual and offers additional outdoor seating, and barbecues, in fine weather. Food is good to very good and should suit most American and British tastes. 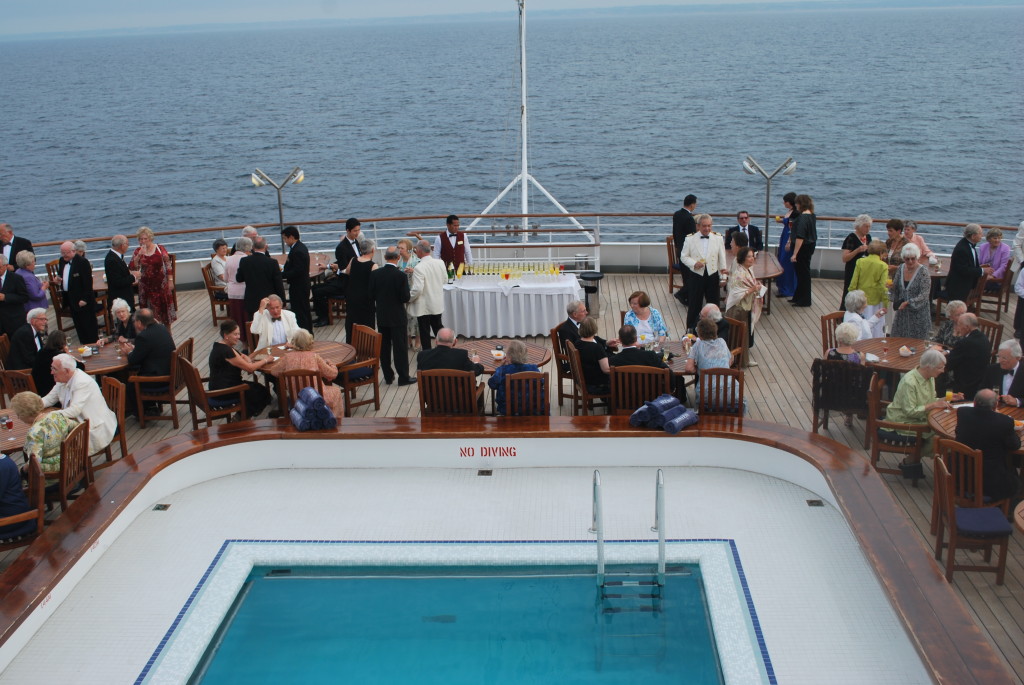 Gathering for pre-dinner drinks on the afterdeck. * Photo: Ted Scull

The lecture program is tops with several speakers on each cruise chosen for their knowledge, presentation and appropriateness for the specific itinerary and last 40 minutes with a Q&A. Two lectures are generally scheduled for half days at sea while as many as four are presented when there is a full day.

All talks may be enjoyed live on the cabin TVs. A pianist, violinist, small band and solo entertainments are also part of the scene before and after dinner. Films are screened and trivia quizzes are good fun. A swimming pool, located aft, is surrounded by wooden chairs and tables under umbrellas. Additionally, the Promenade Deck up by the funnel has blue and white cushioned plastic deck chairs shared with a small glassed-in gymnasium.

An attractive and useful Cruise Book placed in every cabin includes descriptions of the included excursions and the additional shore trips at a supplementary cost; a recommended reading list; guest speakers’ names and backgrounds and introductory articles they may have written.

No other small ship line has quite the same high standards nor the number of cultural-oriented lecturers per voyage. Lindblad would be roughly equal in quality on its European program, while it is better known for its expedition-oriented voyages.