Over the years, I have made six trips to Alaska, five of them by ship and one by car. The waterborne voyages north to Alaska have been via a large cruise ship, twice by the Alaska Marine Highway and twice by small ships taking less than 100 passengers. The Inside Passage en route to the 49th state is a scenic wonder, bracketed by steep cliffs, high mountains snowcapped most of the year, narrow waterways providing deep routes into the interior, and isolated settlements, for some, the only access may be by boat. The scenery on the voyage north may be appreciated from any size ship. However, enjoying the sight of wildlife in the sea and on land is altogether another matter once you are in Alaska. 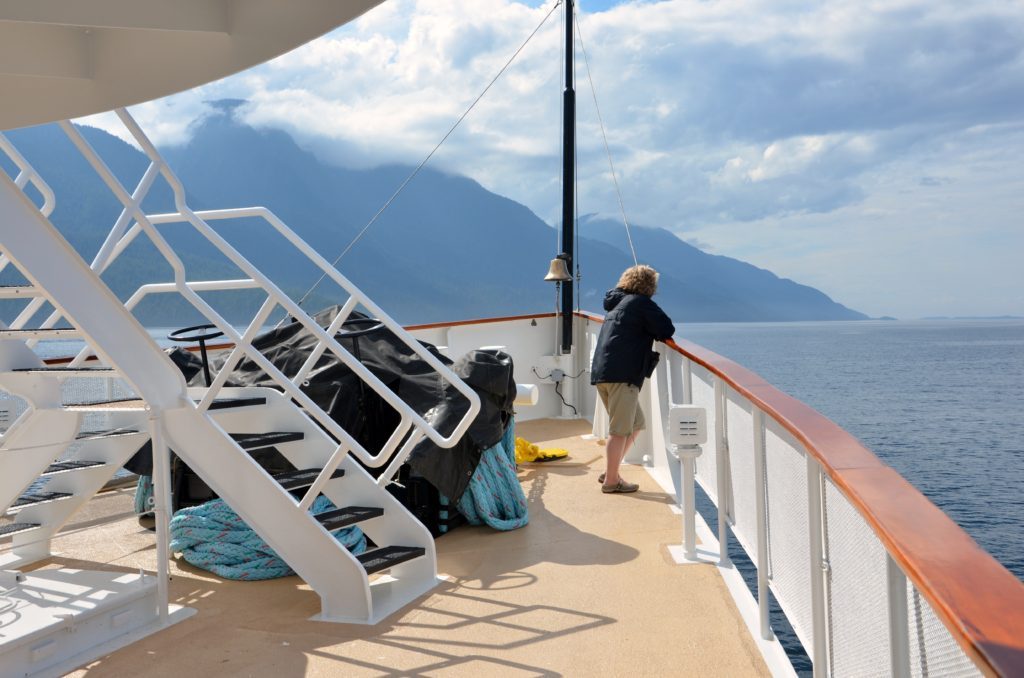 The benefits of taking a small ship cruise in Alaska are pretty overwhelming, but decide for yourself if small trumps big: 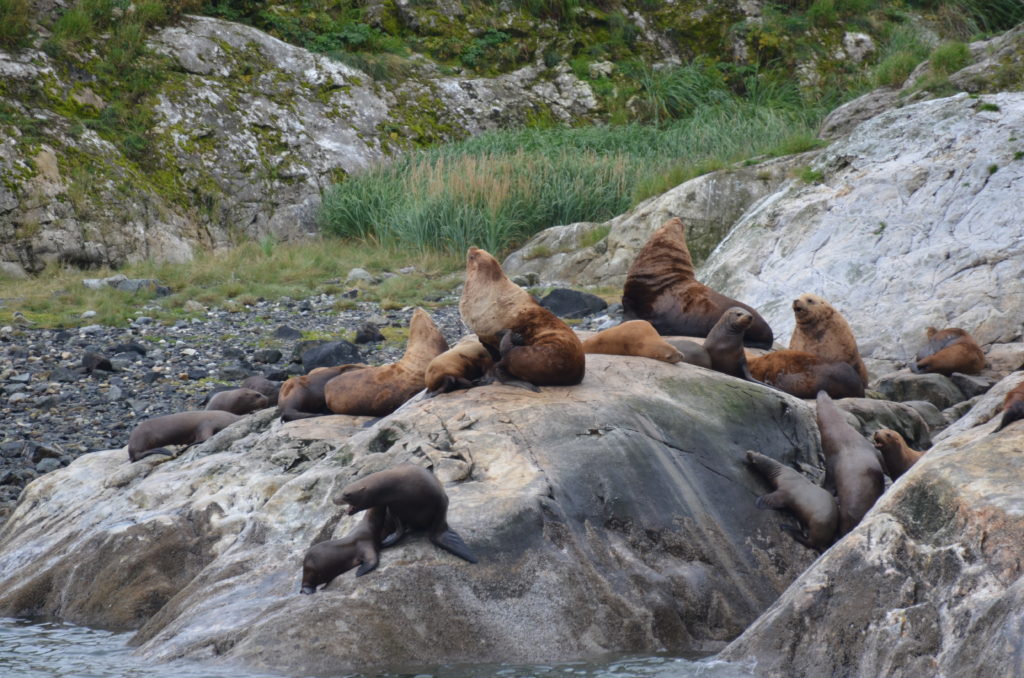 Close up to lounging sea lions at the entrance to Glacier Bay. * Photo: Ted Scull 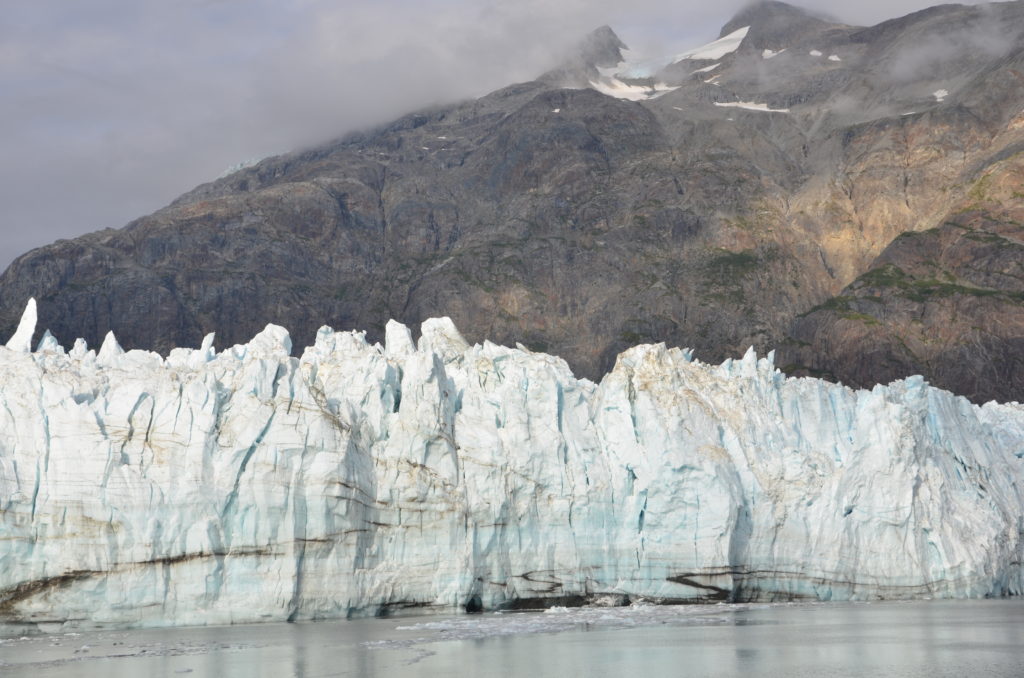 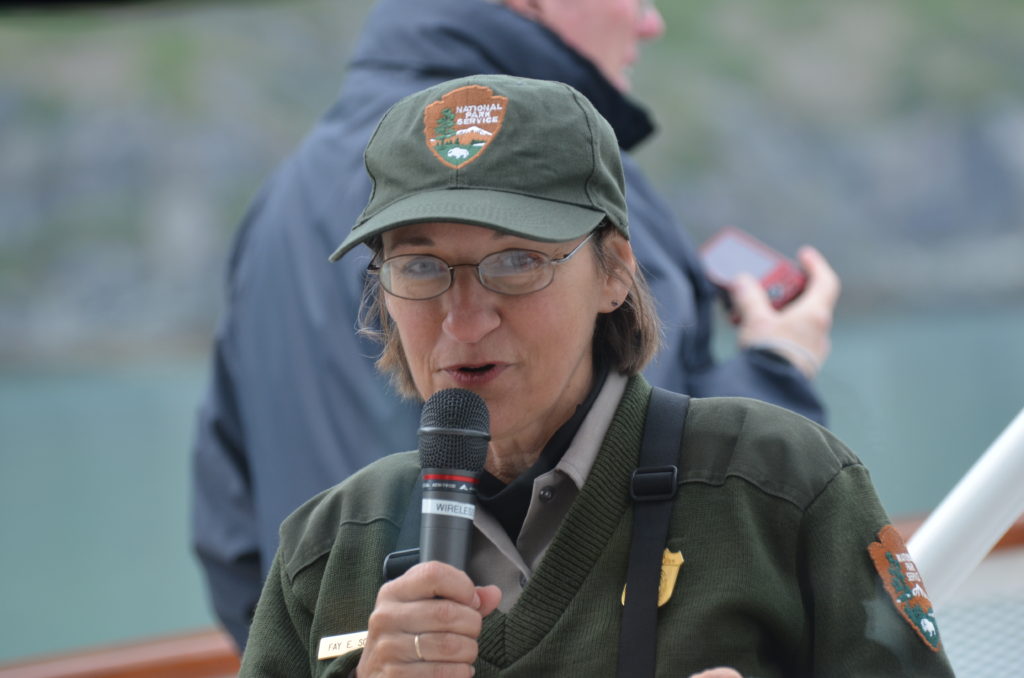 Up close and personal with a National Park Service guide. * Photo: Ted Scull

While Alaska on any size vessel is a supremely worthwhile trip, we’re personally besotted with seeing Alaska on a small ship. Whatever you choose, happy cruising! 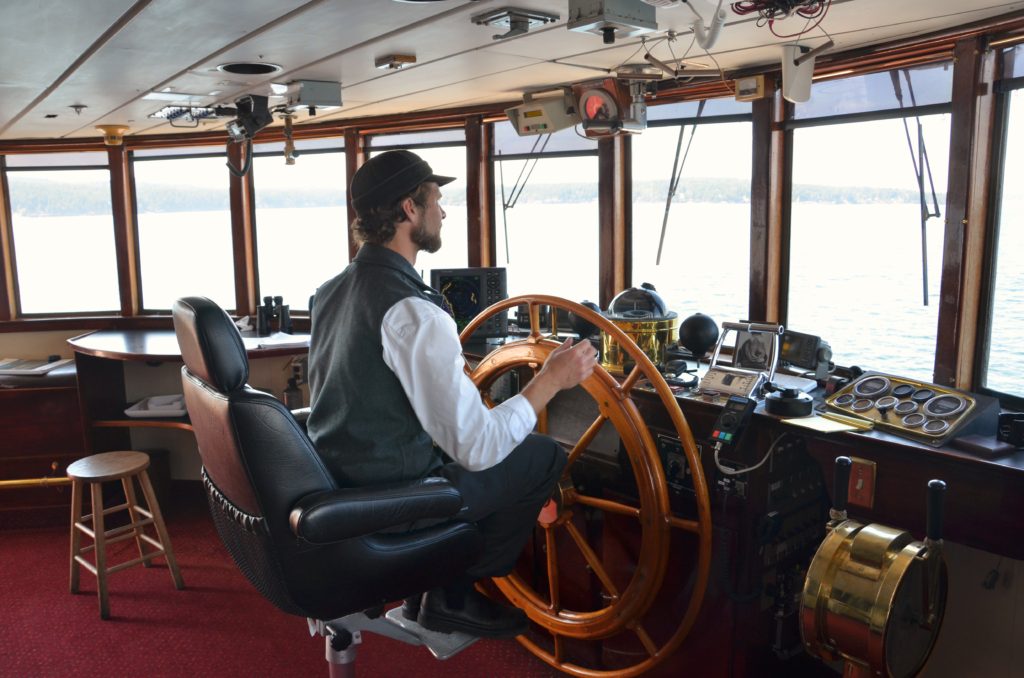 Free to join the first mate in the wheelhouse. * Photo: Ted Scull