How to Become a Travel Writer

Quirky’s Heidi Sarna interviews the other quirky, Ted Scull, about how he first got started writing.

QC: What was your first writing experience?

TED: My first semi-serious writing got launched, not by choice, during two eight-week summer sessions at a New Hampshire sleepaway camp. We boys had the task of writing a letter home every Sunday before supper. If not forthcoming and signed off on, we did not get fed.

At age 11, it was my first time away from home for more than two nights. Also, I knew only one other boy, a school chum from home. The rest hailed from all over, though mostly the Northeast, and some had very different accents and used strange phrases. 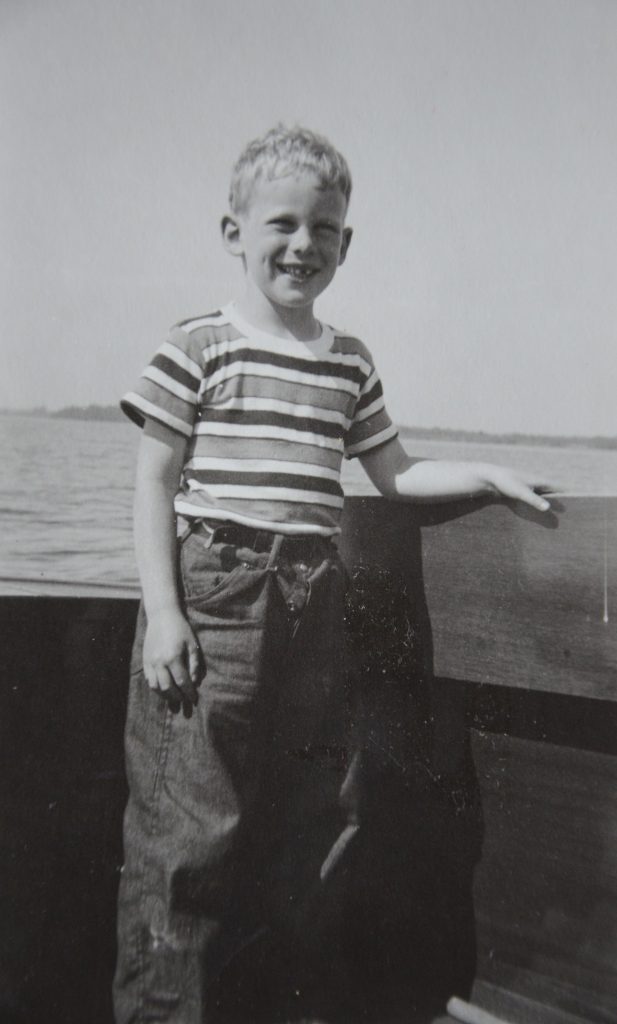 Teddy (then) out of uniform and missing a front tooth. * Photo:: Camp counselor

QC: Was writing a difficult task for you?

TED: I did not find it at all difficult, nor even a chore, as I had lots to say to my parents given nearly everything was new, starting with camping next to fresh-water Lake Winnipesaukee rather than being surrounded by the much more familiar salty Atlantic on Nantucket Island.

I wrote about large spindly spiders called daddy longlegs that sat on the lake’s surface with their bodies high out of the water and the ominous shapes below the surface that were mostly rotting tree branches. I never quite got used to treading water above them, so I mostly kept splashing and swimming.

TED: A few days into that first summer at camp, we were shown how to paddle an Old Town canoe, and after we got the hang of it, we were let loose in the cove. I had seen a big white steamer pass the entrance to the cove one morning, so I ventured out into the lake to have a look.

Next thing I knew, I heard repeated blasts of a whistle, and I turned to see a big steamer bearing down on me. I don’t recall what I did next but I do remember seeing it list quite a bit as it angled away and almost swamp me. When it passed, I found myself looking up at the passengers on deck while the captain yelled down at me. 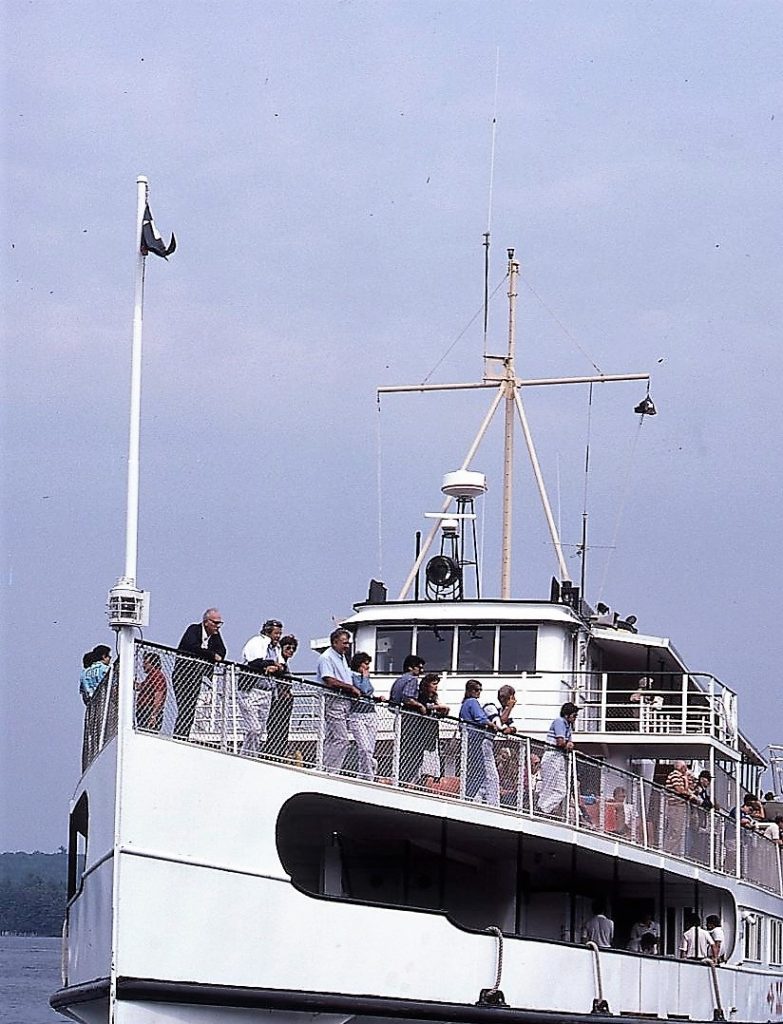 QC: What happened next and what did you do with that experience?

TED: Well, first off, the counselor was furious, and the ship line phoned the camp. The punishment, as for many infractions, was to stand facing a tree and stay there until it moved.

My Sunday letter started with the story, then I decided, unless I told the whole truth, it was best not to mention it at all, so I saved that sheet for myself and began a fresh one.

QC: Any poignant experiences on land?

TED: The surrounding woods were really thick, and I would not wander into them without a few buddies, and then we did not go far. The counselors warned there were bears about though we never saw one. We probably made too much noise. I saw my first snakes somewhat camouflaged by tree branches, and I was not afraid then as I am now. That’s a story for another time.

QC: Back at school, what provided the next chance to write?

TED: I do not remember what the exact assignments were, other than opportunities to write about our favorite things. Mine were dogs, fish and gerbils.

My first attempt at a murder story came quite easily when Henry, the gerbil, killed Connie, his mate one night. They squabbled but I had no idea of Henry’s ultimate plan. Then one summer we had a nor’easter that knocked out all power for a couple of days. To save the fish we placed the tank next to the fireplace and kept the hearth lit 24 hours a day which meant alarms going off in the middle of the night. That was heroic fun to write about and the fish survived. 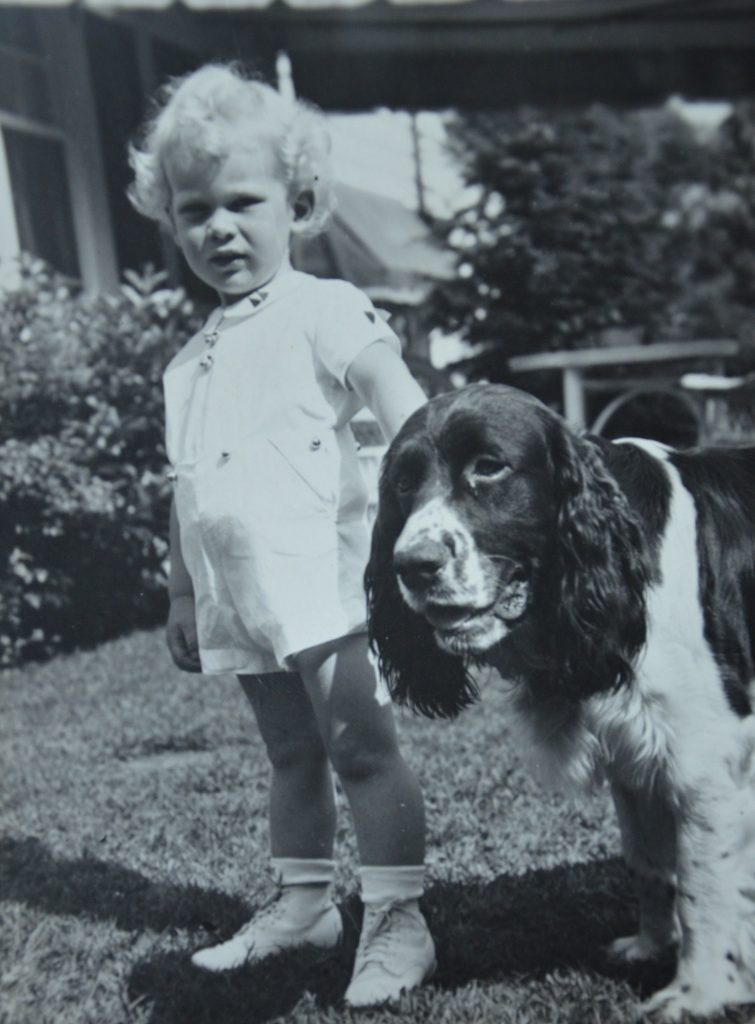 QC: What about in high school?

TED: I had an English teacher who made our class write 300-word essays three times a week for an entire semester. Sometimes, he gave us a topic and sometimes not specifically. That was hard and took a lot of time away from other after-school fun, so writing was a mostly chore. But I guess it was good training.

He must not have had much of a life with all those papers to correct. He put red dots above every “i” not dotted. I still think of the punishment that reduced my grade by one letter almost every time I write anything by hand. I still forget some dots, then remember to go back and finish the job.

QC: Did you parents encourage you?

TED: Mother let me know that she kept most of my letters that included periods when I lived abroad in London and Paris with no phone and during shorter stints in other locales during the summer. This took place before cell phones and laptops.

Pop did not like collect calls as I usually ran over his time limit of five minutes, so writing home was the only way to communicate. In those days, I collected my mail once a week from a poste restante, which while in Paris and London was American Express. 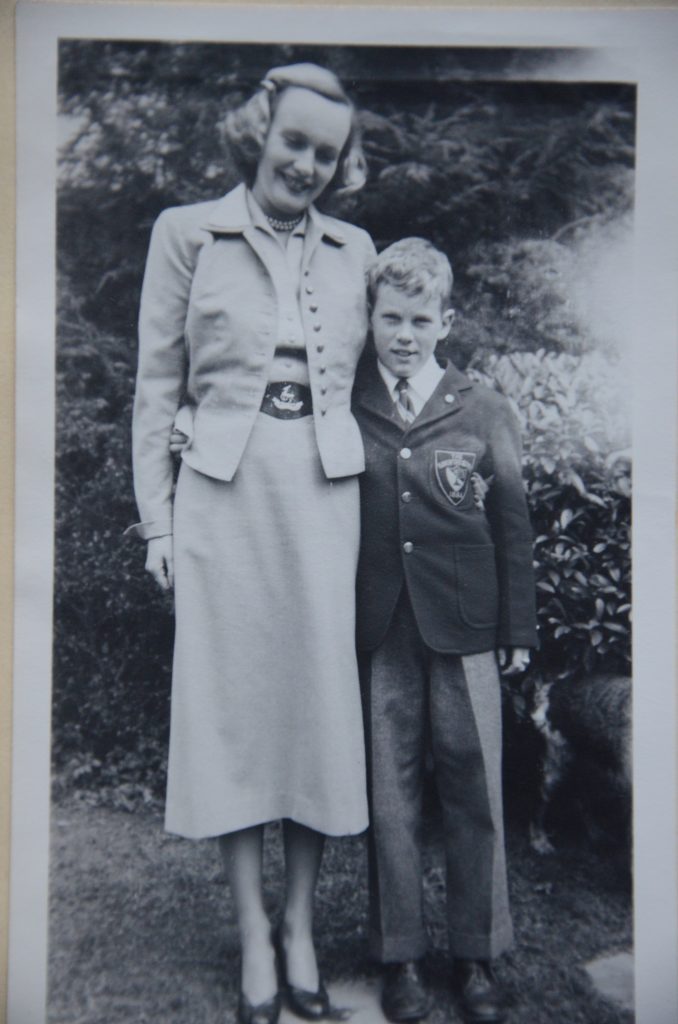 QC: As a great traveler; did that encourage you to continue to write?

TED: Yes, I kept a daily journal when traveling and still do. Mother encouraged me to try selling some of my experiences. When I went into education, I used my summers to travel and wrote about them. 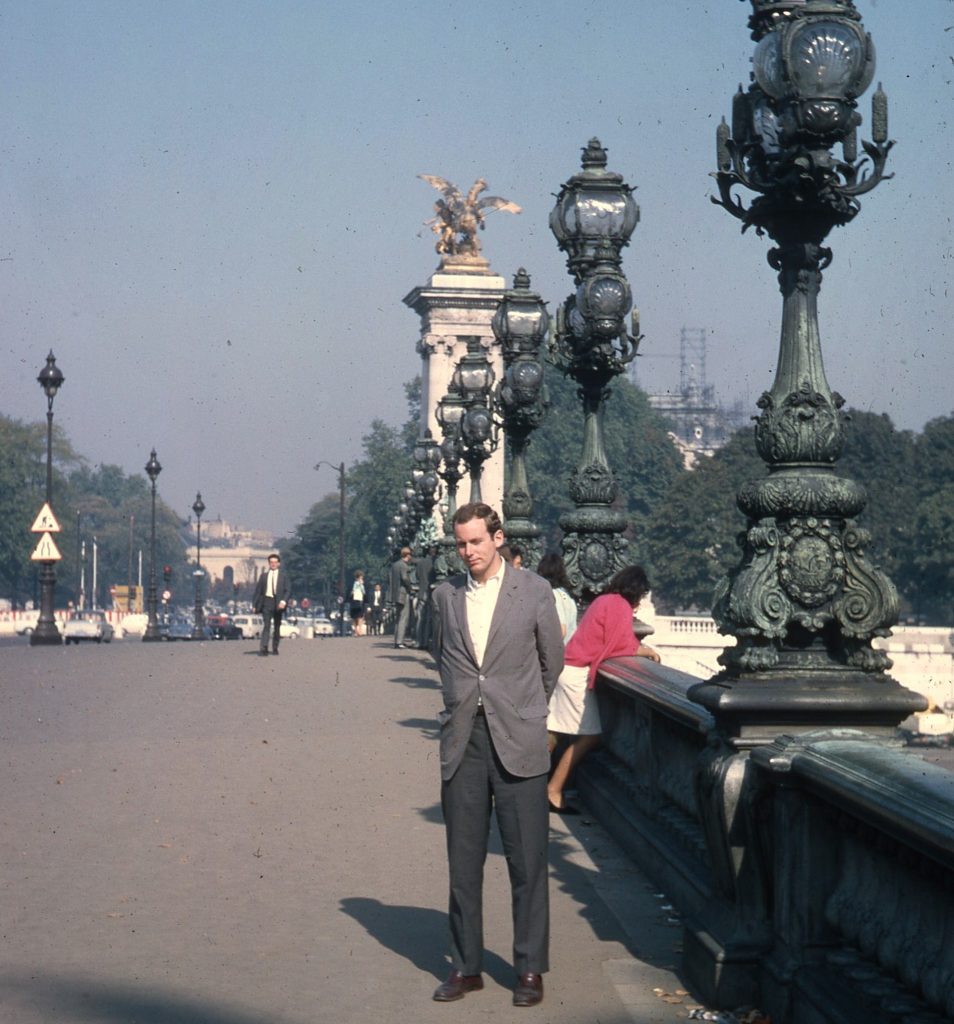 QC: How did your first published piece come about?

TED: My first published piece transpired when traveling to the Orkney Islands, a rugged archipelago laid out north of mainland Scotland.

I booked passage on the interisland mailboat Orcadia making its rounds from Kirkwall carrying passengers, cargo and the mails to the outlying islands. Our well-being was in the hands of the long-serving purser, a lovely Scotsman.

He sold passage tickets, took reservations for meals and a proper afternoon tea in the restaurant, announced arrival and departure times, and stopped to have a natter when he had the time. He permitted me to tag along as he went about his duties. I had a nice little travel and human-interest story to flog on some publications when I go home, but where to start? 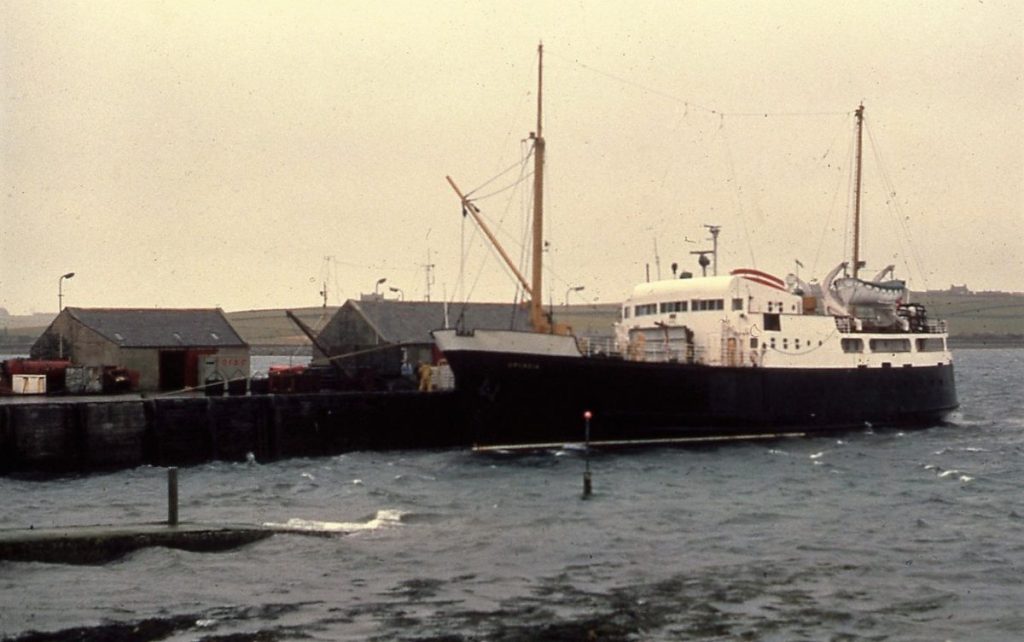 QC: So how did you go about that?

TED: A good friend of mine subscribed to the Christian Science Monitor, and she gave me the travel editor’s name and contact address. So, I sent my piece in two versions — long at 2,250 words and short at 1,500 words — along with some color slides.

A few weeks later, the travel editor wrote back that he would use the short one, return the long one and send a check for $55. Digitals did not exist then, and many papers did not take color anything, including slides. 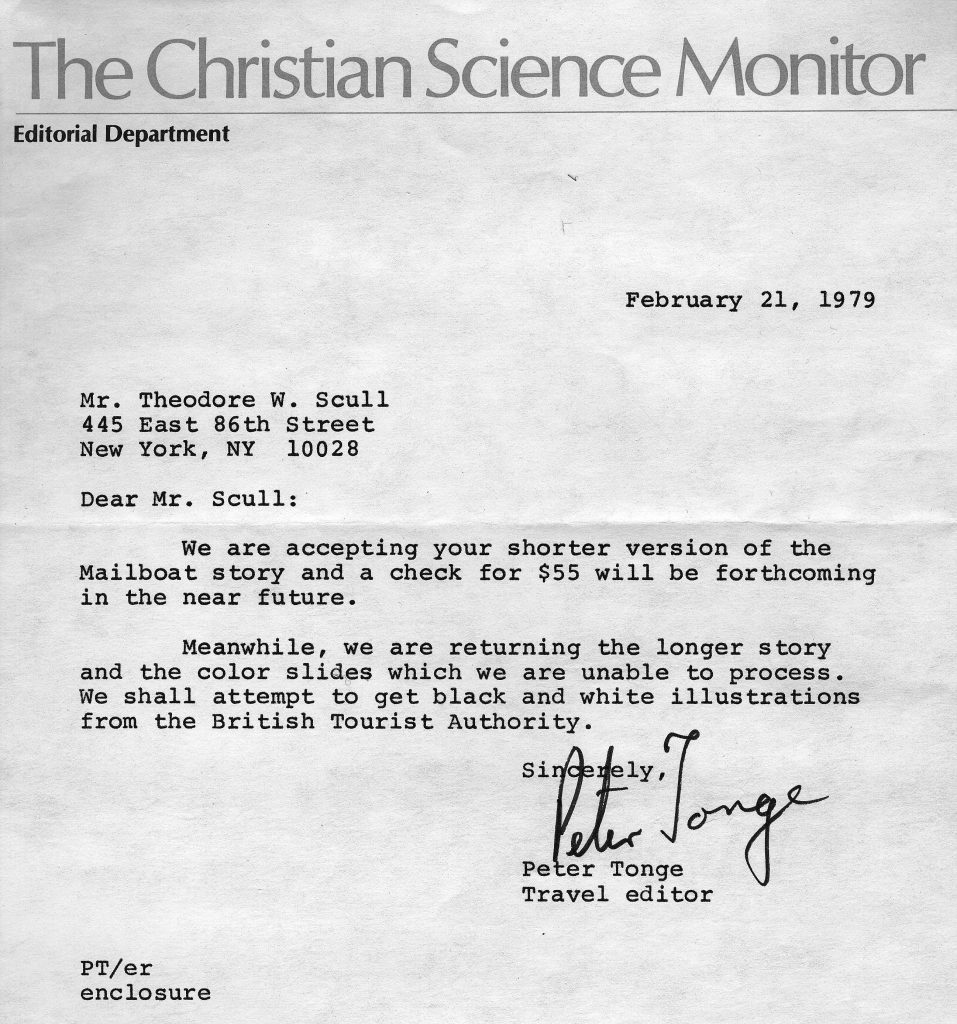 QC: What did it feel like to see your name and words in print?

TED: My Christian Science friend (who still is both) phoned me when it came out, and instead of waiting with baited breath for a tear sheet, I rushed down to Hotalings in Times Square, the once hugely popular news agency that stocked scores of daily newspapers from all over the US, Canada and Europe. I was so excited I bought a half dozen copies!

The newsagent smiled and remarked, “I hope to see more of you.” I took it as a kind of a pat on the back, and a week or so later, I had a tear sheet and my very first check for writing. The afternoon tea reference had been deleted as CS followers do not drink tea or coffee or alcohol but the rest seemed to be intact, though somewhat trimmed.

I eventually gave up teaching and went whole hog into the writing business. It wasn’t an easy transition, and the hardest of all was moving from my beloved typewriter to my first word processor. That sorry tale will appear in the next installment.

 All Feature Articles, Essays, How to Choose articles