Elise & Tim Behind the Scenes at Sea: The Effects of Too Much Mango

Welcome to the final word in Elise’s monthly series of installments for 2018. Here we go, one last time, following Elise behind the scenes at sea.

It’s hard to believe that this is my 12th posting. As I thought about all the stories I’ve shared with you, I’ve realized that writing them has taken me on a yearlong journey down memory lane. I was thinking about a few different travel vignettes that I wanted to write about next, when my focus totally took a different direction.

I was browsing a holiday flyer advertising gift ideas. And there it was, next to the Chia Pet, an ad for Poo Pourri®. My curiosity got the better of me and I had to research this further. I checked out their website that cleverly claims the inventor “hatched” the idea while in a smelly bathroom near Dallas Texas. I chuckled to myself as it made me reminisce about my own bad bathroom memory. 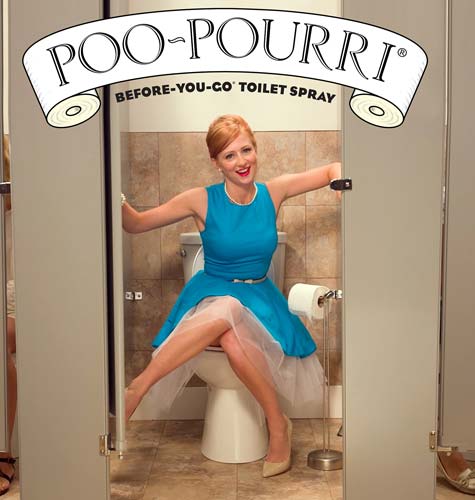 It was summertime in PA in the late 80’s. Tim and I and another couple packed up my car to head down to the Jersey shore for a weekend. It was dark outside by the time we pulled into a backwoods gas station to fill up with gas, grab some sodas and use the bathroom.

This was one of those old-school facilities where the bathroom is a unisex room accessed from the outside of the building. You had to ask the attendant inside to get the key to open the door. In order to assure no one walked away with the key, it was normally securely fastened to something large, like a block of wood or a hubcap.

My friend gets the key and bravely makes her way to the bathroom. As swiftly as she entered the room, she ran out even faster, screaming in disgust. She threw the key (still securely attached to its anchor) back at the attendant then ran towards us and jumped into the car.

Once safely inside the car, she proceeded to provide extreme detail of what she witnessed. The picture she painted is best explained as someone taking (what she eloquently described as) a “disco poop.” Keep in mind, this was the 80’s and disco was still around. If you use your imagination and dare to go there, you can paint your own picture of what she must have observed.

Her story scarred me for life and to this day, I will never enter a gas station toilet that requires a key (securely attached to a 10-pound weight) and is not located inside the building. Years go by and I continued to pray that I would never have to experience a toilet story that horrific. And then it happened.

So, I’m  with a group getting ready to board a small ship for a cruise through the Panama Canal. We have a shore excursion in Panama City touring the historical ruins of Panama Viejo. 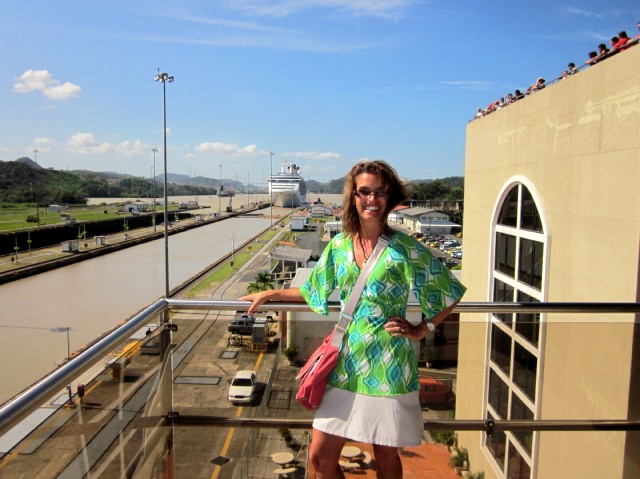 We are heading back to the bus to visit the next site when one of my guests, “Grandpa Bob,” approaches me expressing his need to find a bathroom. I knew the only WC on the site was a ¼-mile walk in the opposite direction of the bus. I explained to “Grandpa Bob” that within 20 minutes we would be at the next venue and a toilet would be at his disposal.

I continued to make my way towards the bus, when I realize “Grandpa Bob” is missing. He was traveling with his grandson and I asked him what happened to Grandpa?  In a typical teenage boy response, he shoots me a sideways glance of “who cares” and returns to listening to his music.

I almost reached the bus when I looked behind me to see “Grandpa Bob” running across the field. In the distance behind him, I noticed the outline of a “Porta Potty” positioned behind a tree.  Now I must have been to this same site at least 30 times before and I never noticed that “Porta Potty” before. I greeted  “Grandpa Bob” at the bus, he boarded and off we went to the next site.

We now arrived at the museum. I provided the logistics explaining we would use the toilet first then we would tour the museum.  Everyone exited the bus, except “Grandpa Bob.” His grandson walked by me and I inquired “Is Grandpa OK?” This question was met with a roll of the eyes and an indignant shrug of the shoulders.

I got the group situated in the museum and I returned to the bus to look for “Grandpa.” My driver, now with a disgusted look on his face, threw his head towards the back of the bus where the toilet was located.

Now, I need to digress at this point in the story. Anyone in my line of work understands the love/hate relationship bus drivers have with toilets onboard. They “love” to advertise that their bus has one, but they “hate” for anyone to actually use them. Some have even gone so far as to install pad locks on the doors. 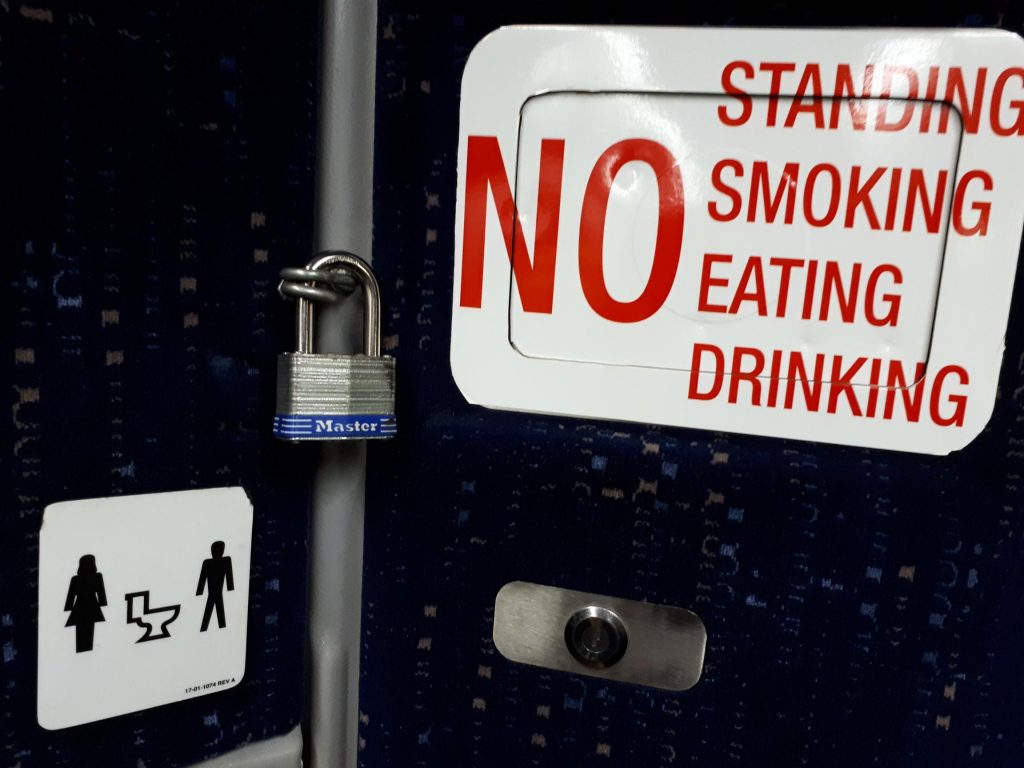 So at this time, I walked to the back of the bus and knocked on the door. I asked  “Grandpa Bob” if everything was OK?  I heard some rustling inside and “Grandpa Bob” grunted “I’m OK!”  I advised that I would wait outside for him and as I walked past the driver, I sheepishly glanced his way and whispered “I’m sorry.” 😬 It was at this point I started to realize, this wasn’t going to end well for the driver.

“Grandpa Bob” emerged from the bus. I asked again if everything was OK.  “Grandpa Bob” had sweat rolling down his forehead and replied: “Too much Mango.”

I got “Grandpa Bob” back with the rest of the group in the museum and I proceeded back to the bus to make peace with the driver. That’s when the flood of memories from that traumatic scene of the 80’s gas station toilet poured (flushed?) back into my mind. There was my driver, on his hands and knees in front of the toilet.

Armed with rubber gloves, rags and a large plastic bag, he looked at me with eyes that ached in disbelief. He didn’t speak English, but he didn’t have to for me to understand what was going through his mind. As I sheepishly exited the bus, leaving my driver to deal with the effects of too much mango, I think I heard the faint sound of the Bee Gees playing on the radio. 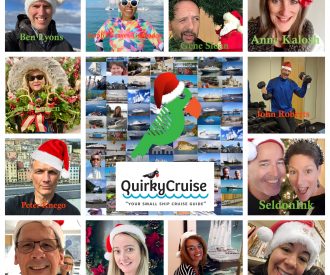 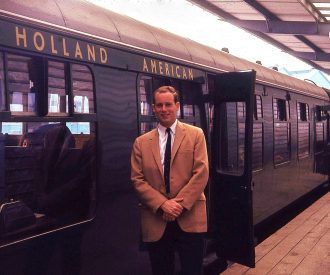 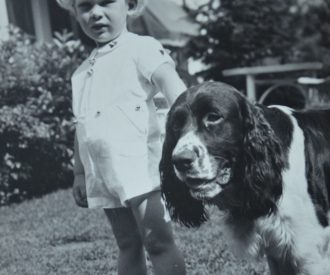