With its official status as a British Overseas Territory, the UK government subsidies a regular shipping service on specific Tuesdays from the port of Mangareva, French Polynesia, (connecting with Air Tahiti flights from Papeete, Tahiti) to Pitcairn Island. The Gibraltar-registered cargo-passenger ship SILVER SUPPORTER carries 12 passengers in snug double cabins with portholes.

The passage takes two nights and a day (about 32 hours), and disembarkation at Pitcairn Island is into a long boat. Arriving at the Botany Bay landing, it is then a steep cliff by twisting road up to Adamstown where houses dot the wooded hillside.

Until very recently, I had noooo idea that remote — and I mean beyond-anyone’s-horizon remote — Pitcairn Island in the South Pacific, the home of the descendants of the HMS Bounty’s mutiny, could be accessed by a scheduled passenger-carrying ship.

The volcanic island’s rugged tropical beauty is home to a population that numbers just 50. Measuring just two miles (3.2 km) by one mile (1.6 km), the island is the centerpiece to the world’s largest marine reserve. Its clear waters are home to species that have yet to be all identified.

Now you know how far away you are. * Photo: Pitcairn Island Tourism

SILVER SUPPORTER (built 1998 & 12 passengers in cabins) had a previous career as a Norwegian supply ship and was converted into a passenger-carrying cargo ship with the completion in February 2019. The ship is 1,109 GT and sails at 10 knots. 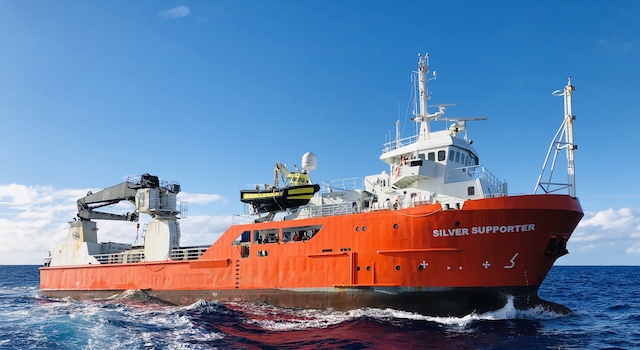 There are three decks and no elevator.

SILVER SUPPORTER carries local islanders leaving and returning home, service providers, and well-heeled adventurers who wish to visit one of the most remote places on earth. The ship’s five-member crew hails from New Zealand.

The ship sails from Mangareva to Pitcairn on Tuesdays from one to four times a month, so an island stopover needs to be timed for the return voyage. The length of the stopovers would be four, 11 or 18 days. If “Supply Ship” appears in the schedule, that is available only to Pitcairn Island residents and families who receive special rates.

Additional visitors arrive at Pitcairn by private yacht and aboard the occasional cruise ship.

The time on the island, while the ship is anchored and handling the cargo, can be four days or if staying over and taking the next return voyage, then 11 days. Daily home-stay accommodations range from USD $70 to $150 and include three meals.

Payment is in cash in USD (there are ATM machines and currency exchange at the Government Treasury Office).

There are 12 registered accommodation providers that range from offering private rooms and meals shared with the family, semi-private chalets with optional shared meals, and private bungalows with meals taken separately. Food is available at the general store, a government operation in Adamstown. Apply for accommodations on the website at the bottom of this review.

On board SILVER SUPPORTER, all meals, non-alcoholic drinks and snacks (alcohol is BYO); plus transfers to and from home stay accommodations on Pitcairn.

Go to visit one of the most remote places on the globe and make first-hand contact with direct descendants from the HMS Bounty who landed here in January 1790. The original population comprised 9 male British mutineers under the command of Fletcher Christian and 18 male and female Polynesians. In the 1930s, the population peaked at 233, and it has since dropped below 50. The island encourages immigration as you will discover on the website.

On the island, activities include self-guided walks through the tropical paradise with maps provided, quad bike tours, visiting the Pitcairn Museum, fishing in longboats, diving to the two shipwrecks (Bounty and Cornwallis), visiting three nearby uninhabited islands, swimming, tennis and shopping for island curios.

The island is increasingly dependent on tourism, though numbers are relatively low compared to other South Pacific islands.

The climate on Pitcairn is tropical and rain falls year-round; the driest month is August and the wettest June. It is best to avoid June and perhaps the few weeks either side. The roads and tracks turn to mud.

Six private cabins with have twin berths, en suite facilities and small windows or portholes, plus a small sitting/office area. 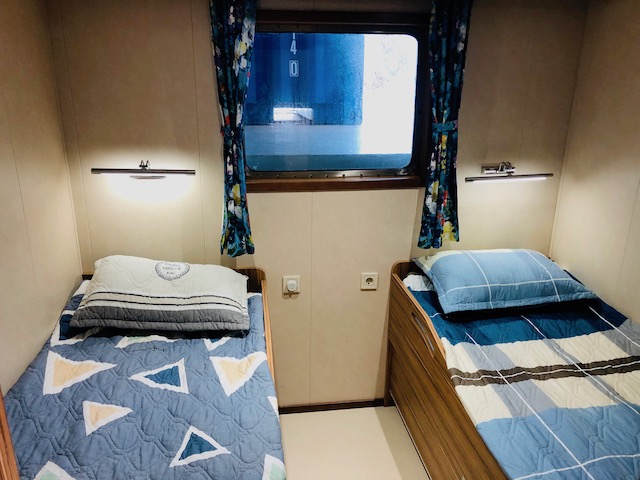 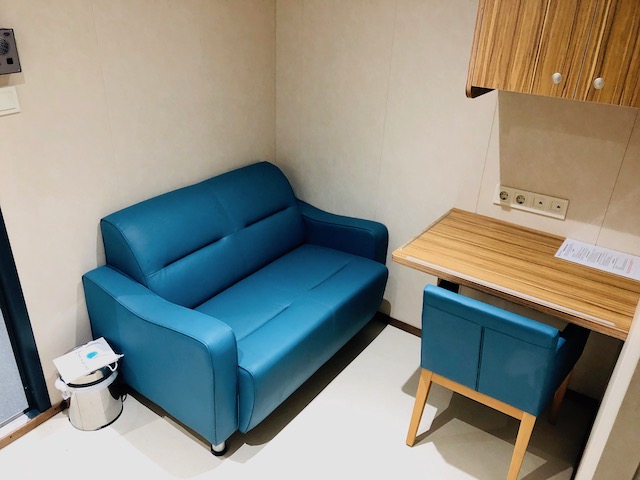 There are two lounges, one with a 49″ LED TV with USB + DVD Players. 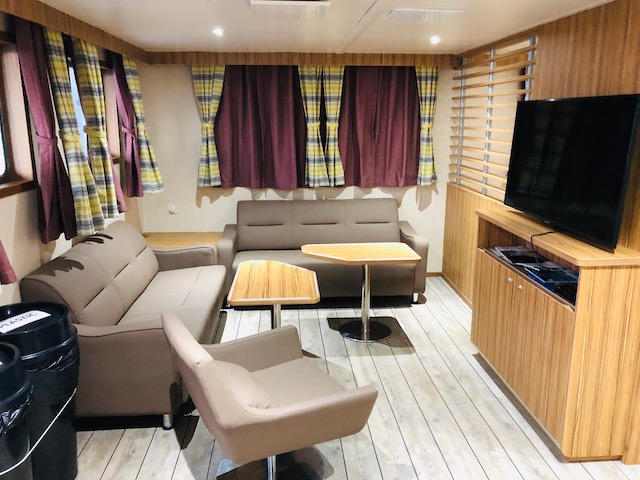 Enjoy locally-sourced fish and vegetables and from overseas (often New Zealand). Food could be described as South Seas — continental and New Zealand served buffet style at fixed hours. Breakfast 7:30am; Lunch 11:30am; Dinner 5:30pm. Snacks and soft drinks available at all times. 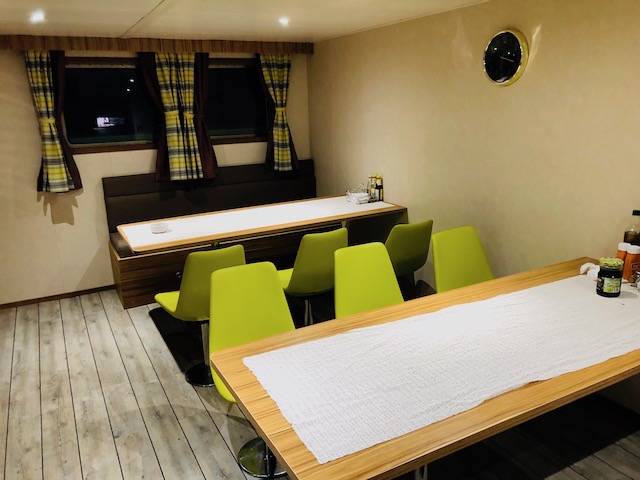 No visa is required if staying on Pitcairn less than 15 days.

You need *XPF 1000 French Pacific Francs (about USD $10.50) to pay for the transfer from the Mangareva airport(Gambier Islands French Polynesia) to the ship and then $50 USD for a landing fee on Pitcairn. Medical insurance is mandatory, including an evacuation clause, with proof when finalizing the booking. The island currency is the NZ $.

*XPF is the currency code for “French Pacific Francs,” or CFP (which originally stood for Colonies Françaises du Pacifique  or “French colonies of the Pacific”), the currency used by the four French overseas collectivities that include French Polynesia, New Caledonia, Wallis, and Futuna.

Now that St. Helena in the South Atlantic is linked by air, one would have to search hard to find a comparable multi-night ship to a remote island of any interest. The South Pacific would be the place to start. 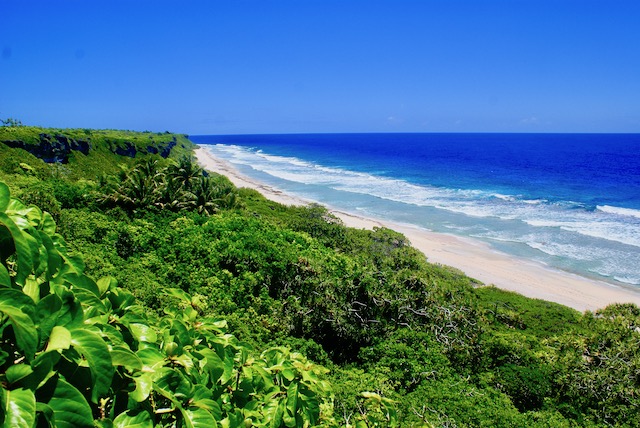 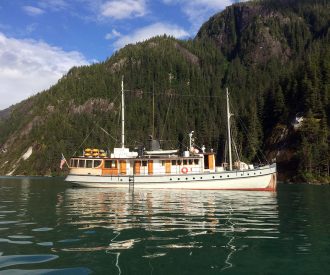