Founded in 1984 in the UK, this large and respected travel firm charters a fleet of a dozen up-to-date riverboats (all built between 2013 and 2019) that are owned and mostly built in Switzerland. (The Swiss have been in the river shipping business for decades. Swiss yards produce lake steamers and riverboats are a parallel specialty.)

The cruising area is exclusively the waterways of Western Europe. Most itineraries last seven nights with a few being four and five nighters during the Christmas markets, and up to 14 nights when including the Rhine and Danube or most of the Danube’s navigable length down to the Black Sea.

Riviera River Cruises is based in England and sources most passengers from Britain, but if  you are a Yank or an Aussie, you are now being sought after with respective local offices. Also, single travelers are being wooed by a selection of itineraries where it’s only one person per cabin throughout the vessel. The program started in 2018, expanded for 2019 and again in 2020. The mostly one week cruises ply the  Seine, Rhone, Rhine, Danube and Douro.

The riverboats will be organized into classes as many are sister vessels. Riviera rates them all as “Five-Star.”

The boats are named after notable literary figures: Emily Bronte, Thomas Hardy, Oscar Wilde, Robert Burns (built 2017 or 2018) and William Wordsworth (built 2019) and all handling up to 169 passengers; George Eliot (built 2019, 132p); Lord Byron and Jane Austin (built 2013 & 2015, 140p); William Shakespeare and Charles Dickens (built 2014 & 2015, 142p); Douro Elegance and Douro Splendour (built 2017 & 2018 and 121p). In Spring 2020, MS Geoffrey Chaucer will begin operating along Danube, Main, Rhine and Dutch waterways offering all-suite accommodations for 169 passengers. They will have either French balconies and small sitting balconies. A small aft-located Bistro will be an alternative to the main restaurant.

The fleet shares four accommodation decks, with elevators (lifts) connecting them all. 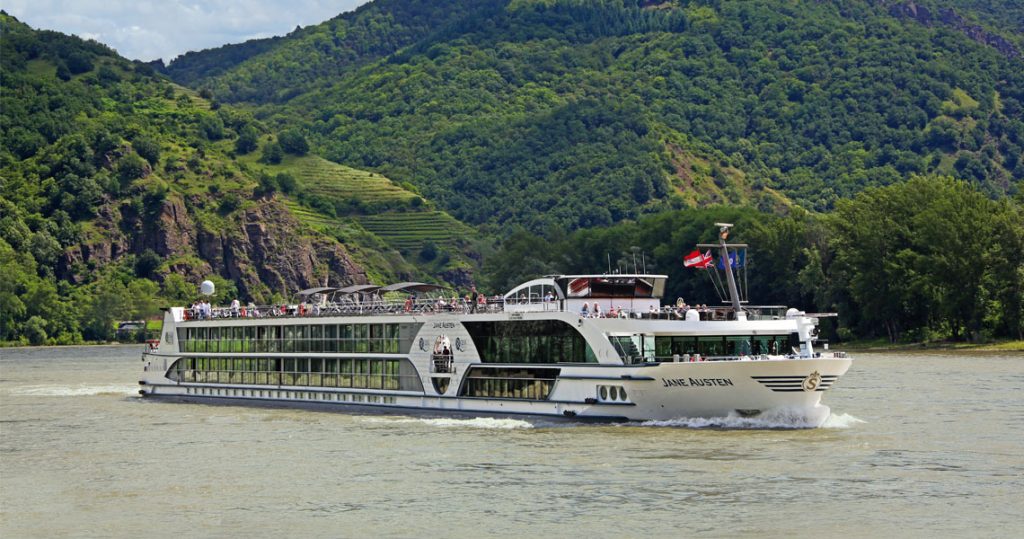 For the near future, most passengers will hail from Great Britain, but recent forays into the U.S. and Australian markets will increase the latter two’s share.

Most cruises last a week, with a few longer (Danube) and a few shorter (Douro River and Christmas markets). They cover the rivers of Europe — Rhine; Rhine and Moselle; Rhine, Main and Danube; Danube (upper) and Danube to the Black Sea; Rhone and Soane; Douro; and Dutch Waterways with some dipping south into Belgium.

Most itineraries offer pre- and post-land packages, well worth considering at the embarkation or disembarkation ports. Single travelers should have a look at the itineraries and special departures where only single occupancy cabins will be offered.

Shore excursions, port taxes, WiFi, bottled water, and coffee and tea making facilities are included. Drink packages (varied choices) are available at an extra charge. Tips are extra and are paid out in a single envelope.

So many of Europe’s greatest cities and most beautiful towns grew up along riverbanks centuries ago. As the waterways were improved to handle more traffic, it soon became possible to sail from the North Sea via the Rhine to Switzerland and the Rhine via a connecting canal to the Danube downstream to the Black Sea. The Moselle emptying into the Rhine became sought after and Portugal’s Douro joined the club much more recently with lots to see in its relatively short length.

Of course, river cruising allows unpacking once and settling in for the duration. In many cases, the boats land exactly where you want to be.

Cruises are offered from April into November, while the Christmas Markets on the Rhine and Danube operate in December.

Sleeping accommodations are spread over three decks with most top-rated cabins offering private balconies, the next level down usually French (step out) balconies, while others have windows that can be lowered. The lowest rate offers fixed windows as the view is just above the waterline.

All vessels have a forward panoramic observation lounge and bar, with the restaurant forward on the deck below. Aft facing is a bar that on some vessels transforms into the chef’s bistro for dinner (by reservation).

The main restaurant serves all meals with the breakfast and lunch buffets and dinner, which is a served four-course meal. Tables are for mostly 2, 4, and 6 at one open sitting. The bistro seats 34.

The menu is English and continental reflecting what Brits like.  Note: Bistro is not available on the smaller Douro River vessels.

The itinerary write-ups on the river line’s website are especially well detailed.

While river lines share many of the same characteristics, Riviera attracts more British than most others apart from the Hebridean Island Cruises’ river offerings where passengers are likely to be just about all British. 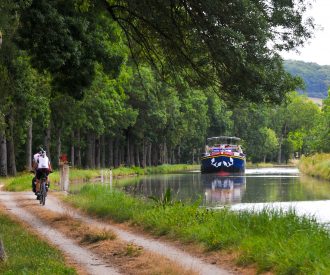 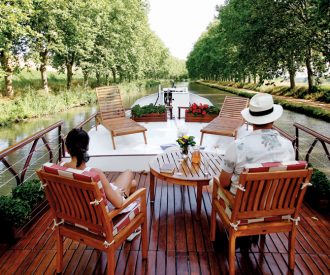 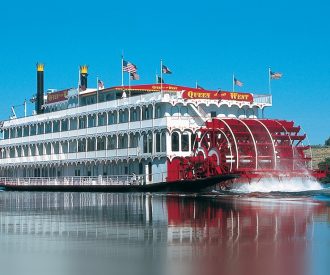