U by Uniworld: Black is the New White, River Cruising for Millennials

With its new “U by Uniworld” river cruise brand exclusively for 25- to 45-year-olds, Uniworld is turning the old river cruise paradigm on its head in the hopes millennials will take the bait. Gone are the bright white hulls most river cruise boats wear in Europe,  the brand’s pair of 120-passenger “millennial” boats are being painted entirely black. Inside, the color scheme follows suit, with lots more black, along with red and white. Meet river cruising for millennials. 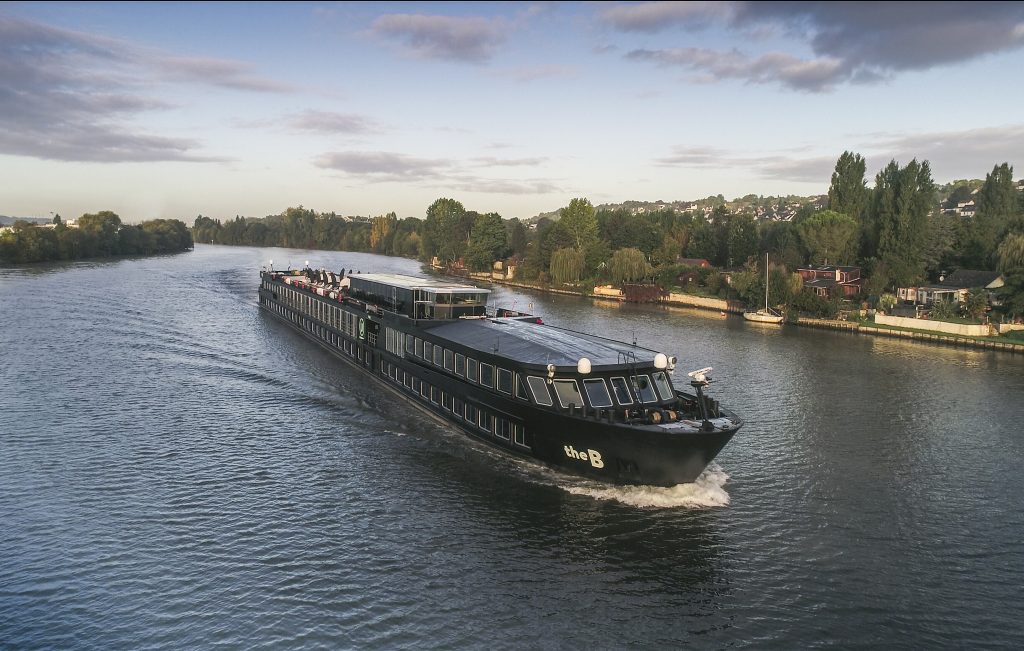 Uniworld President & CEO Ellen Bettridge was in Singapore last week to share more details about U by Uniworld and explain why she thinks it will work. 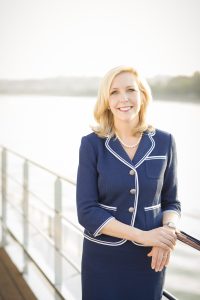 “It’s the luxury version of backpacking”

Bettridge repeated this several times in describing their new brand, which combines the convenience and cushiness of river cruising with the hardware and software they hope will appeal to millennials.

Uniworld is renaming and redesigning two of its older river boats — the former River Ambassador, built in 1993, is simply being called the A and the ex-River Baroness from 1994 is now called the B. The B debuted in Paris last week on the Seine River, a teaser cruise for industry folks and social influencers. The A will go under the knife in November; both start officially sailing in April 2018.

The god mother tradition has been thrown overboard in favor of a “guardian angel,” in the form of one-time Victoria Secret model Petra Nemcova, who attended the B festivities in Paris. The model-turned-humanitarian-and-social-influencer focuses on running her charity, the Happy Hearts Fund, which builds schools for poor communities after natural disasters

The restaurant will tap into the popular “farm-to-table” thing, with plenty of options, including gluten-free and vegan.  Communal tables will encourage mingling and a sense of community. 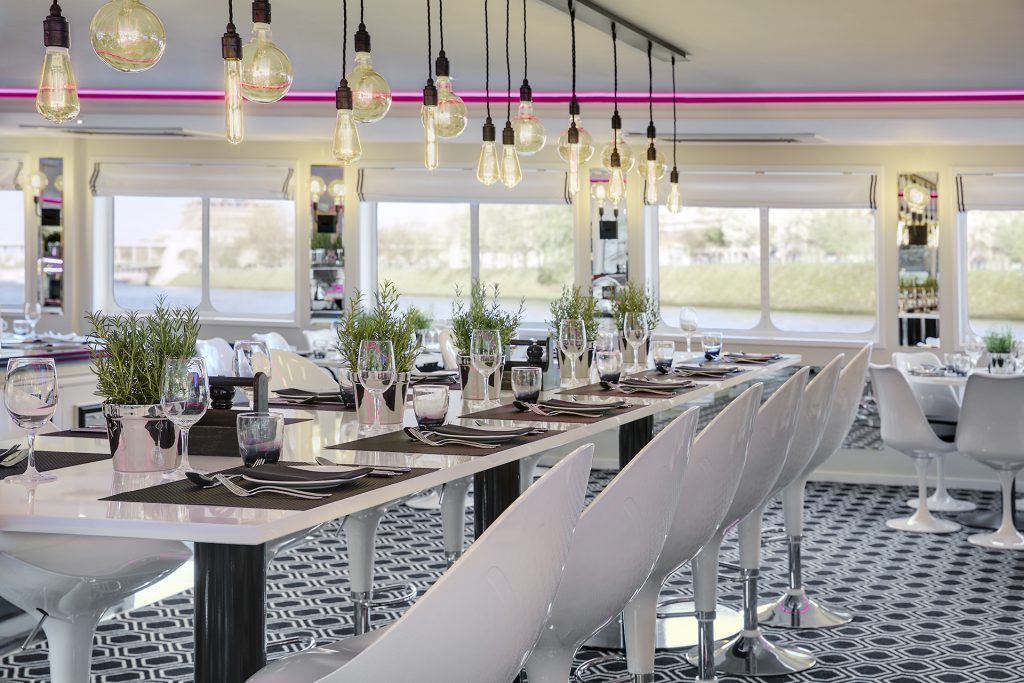 Evening entertainment will feature international DJs and Bettridge said there will be a “silent disco,” where everyone listens to different music on their headphones while dancing together. There will also be a top deck bar and lounge for drinks, chatter and phone surfing. Passengers will get a “wifi map,” a little card showing where wifi will be good (and not good) along the route.

Daytime activities mix the old with the new, think painting classes while drinking wine, mixology classes taught by the bartenders, and cooking classes curated by the boats’ chefs. Morning yoga will be offered too, but not too early Bettridge said.

Cabin options on the A & B include mostly standard rooms with twins beds (that can be pushed together into doubles), plus four suites and a pair of rooms for triple occupancy. Rooms will have the same comfy English-made Savoir beds and marble bathrooms as the rest of the Uniworld fleet, but they’ll otherwise be simpler in style. Unfussy. Definitely not ornate.

For solo travelers, a cool room share option matches travelers of the same gender who want to split a cabin (rates are based on double occupancy). 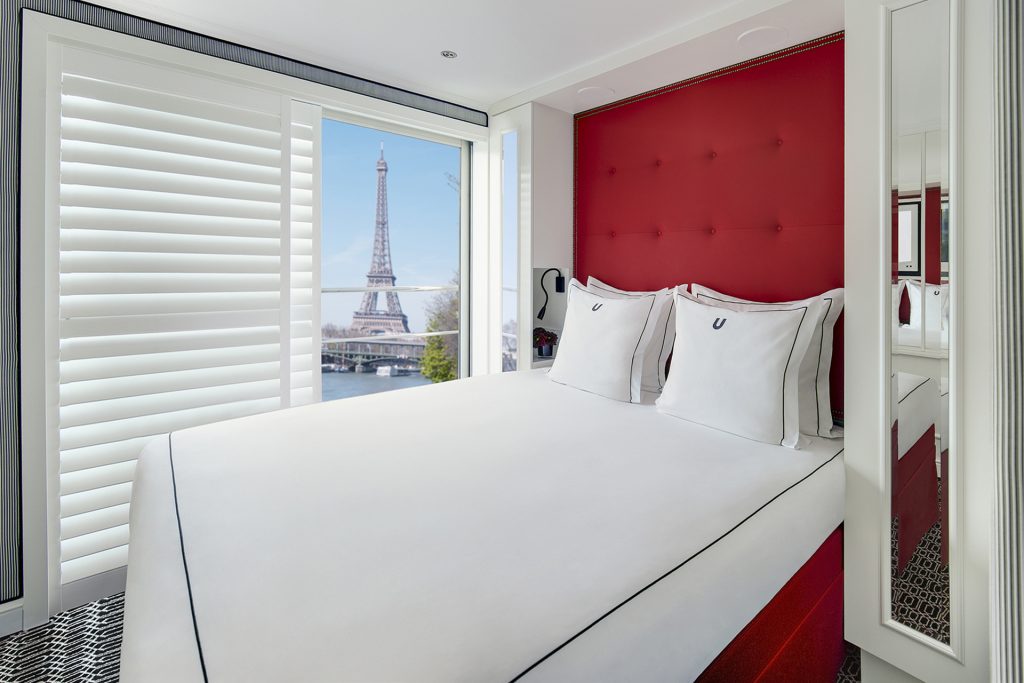 Standard cabin on The B. * Photo: Uniworld Boutique River Cruises

Fares will include breakfast and dinner, but only one lunch as the assumption is most people will be on shore. Fares cover some excursions, however, rates do not include booze — spirits, wines and beer are extra.

“We didn’t want to create crazy party ships,” Bettridge said in explaining why alcohol isn’t included like on the rest of the Uniworld fleet, adding that drinks will be affordably priced.

Uniworld’s River Cruising for Millennials will start in April 2018 with nine itineraries, most of them a week long. 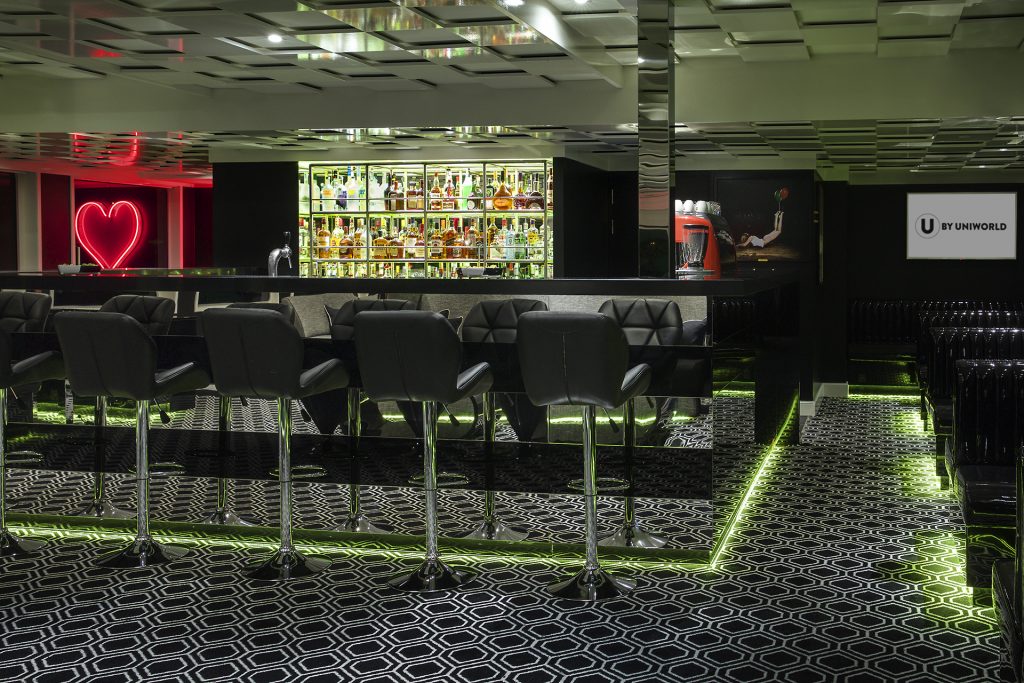 Bar in the U Lounge aboard The B. * Photo: Uniworld Boutique River Cruises

“It’s been a process. We first started with the 18-35 range, like our Contiki brand,” Bettridge says, but after lots of brainstorming and focus groups, they zeroed in on 25 to 45-year-olds. And they’re going to strictly enforce the age parameters.

“There will be no exceptions to the age range,” Bettridge said.

“We’re targeting young professionals, unmarried or just married, and without kids. Young travelers who have some money to spend and want to be with other people just like them,” said Bettridge.

Cruises have been on sale since May 2017, and Bettridge reports that bookings so far include an Australian charter and reservations from the US and UK.

Banner Ads are Dead, Social Influencers are In

To get the word out and start breaking down the long-established “river cruising is for old people” assumption, Bettridge said they’re looking to young social influencers in fashion and media to spread the word. Bloggers with a following are their pied pipers — the “thought leaders” and “influencers” who will ideally enlighten their followers to give U by Uniworld a shot.

“We’re figuring it out as we go,” Bettridge stressed.