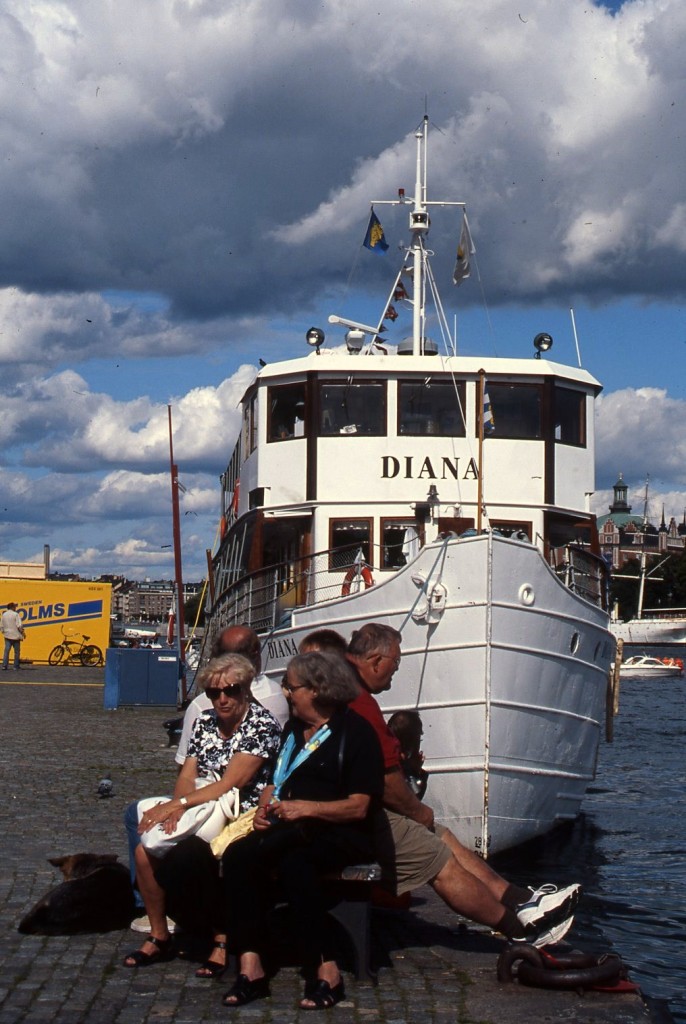 The ships are historic treasures, full of charm and purpose-built to transit the canal; a truly unique way to see Sweden.

Three historic canal boats sail across Sweden between Stockholm, the capital, and Gothenburg, the country’s main port along a 382-mile waterway constructed in the early 19th-century that links man-made canals with single locks and flights of locks, rivers and lakes, two of them quite large.

Ships, Years Delivered & Passengers: JUNO (built 1874 & 58 passengers); WILHELM THAM (b. 1912 & 50 p); DIANA (b. 1931 & 50 p). All three ships have been rebuilt and accommodations enlarged and improved over their long lives. The original steam engines have been long since replaced with twin diesels.

Passenger Profile: Passengers hail from Sweden, other Scandinavian countries, Germany, Britain and a few from North America. Most are 50+ and the official languages are Swedish, German and English.

Itineraries: Four different itineraries, operating only between late May and late August, cover either partial or full transit of the Gota Canal and connecting waterways between Stockholm and Gothenburg.

When the boats tie up at night, walks are available in the evening.

Why Go? First off, the ships are historic treasures, full of charm and purpose-built to transit the canal. The historic origins come with tiny cabins, bunk beds and wash basins only. The route across Sweden is highly scenic with lots of castles, fortresses, churches, farms, small towns and large; flights of lock to navigate; large lakes to cross; camaraderie amongst the passengers; good meals catering to Europeans.

When to Go? The itineraries only operate in the warmer months.

Cabins: All outside (portholes on Main Deck) spread over all three decks, with doors opening on a side passage on Bridge and Shelter decks and to an inside corridor on the lowest Main Deck. Size, think railway sleeping compartments for most of the accommodations, a couple are a bit larger with one queen-size bed; showers and toilets in separate compartments along the same deck, hence wash basin only in the cabins. Forgot get about TVs and regular cruise ship amenities. JUNO, with 29 cabins and, WILHELM THAM and DIANA, with 25 cabins, have one queen-size bedded “honeymoon” cabin on Main Deck. All three cabin categories can be sold as singles for a premium varying with category and ship. 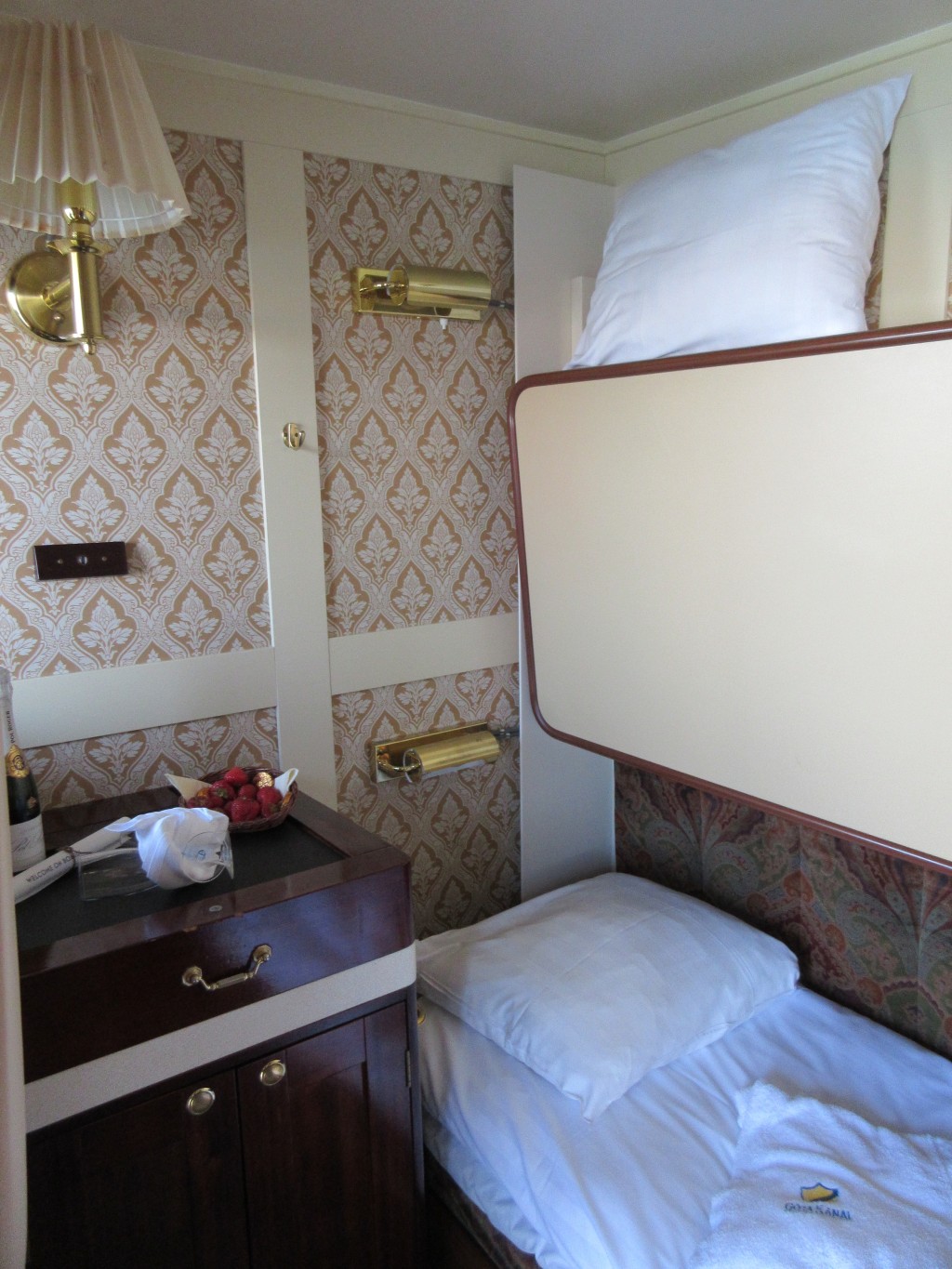 Public Rooms: Mahogany and brass period décor is similar on all three vessels, and the lounge is separate from the dining room (on JUNO, most passengers eat in the dining room, though if it’s a full house, about 10 dine on tables in the lounge). The covered lounge area aft on Bridge Deck is open to three sides.

Dining: The food is very good with breakfast buffets and set (no choice) two-course lunches and dinners. Special diets are catered for with advance notice.

Activities & Entertainment: While underway, watching the passing town and country scenery and locking operations; when on land, visits to historic sites and towns and independent walks. A bicycle or two are carried on board so passengers can pedal along the tow paths to the next stop. Briefings are given in three languages: English, German and Swedish. 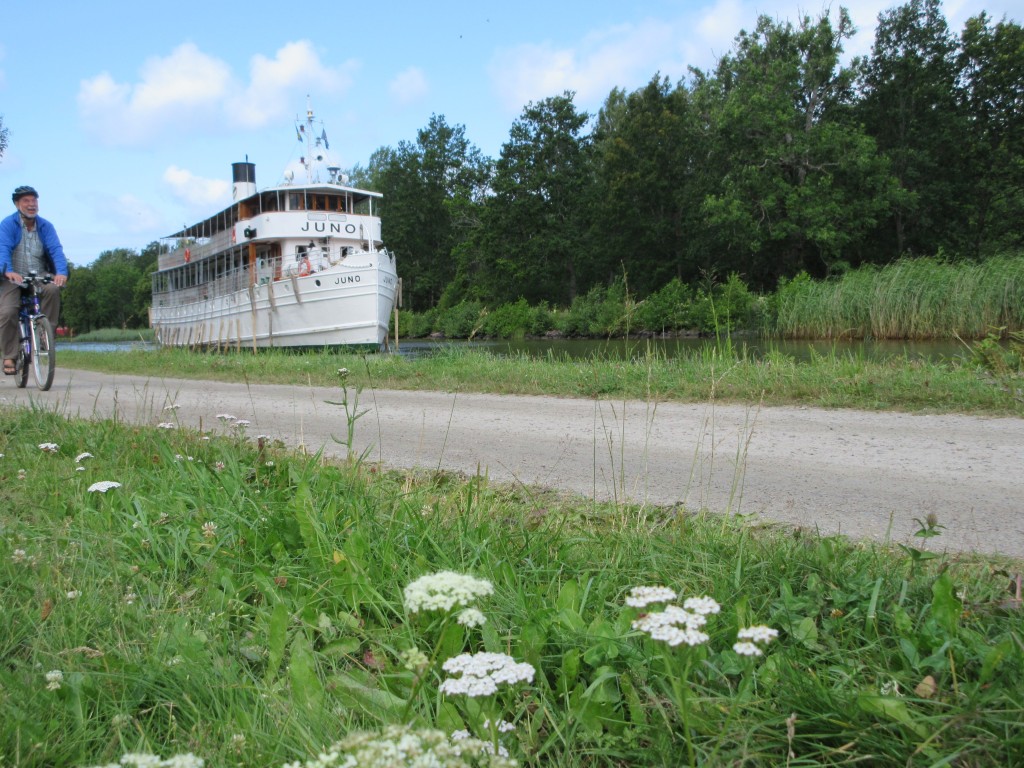 Special Notes: Come prepared for the tight quarters then enjoy the travel atmosphere of a bygone era. Smoking is allowed outside, so expect to be affected by it.

Along the Same Lines: Other canal and inland waterway cruises, but there are no parallels in terms of sailing with these national treasures.