The owner of Amazon Nature Tours, Mark Baker, is a native of Rhode Island and brings his skills in boatbuilding to his river touring operation. At one time, he also imported lumber from Brazil, but it was an Amazon Basin visit that prompted him to begin offering river tours in 1988 as well as promoting conservation.

Most Amazon river cruises are based in Iquitos, Peru, well up the Amazon and its tributaries. However, this firm’s cruising region is mostly along the Rio Negro, the Amazon’s largest tributary that empties into the main flow near the Brazilian city of Manaus. The region is also sparsely populated (by humans).

Amazon Nature Tours’  single riverboat is the Tucano, built in 1997 and refitted a number of times, led by the owner, to make it increasingly eco-friendly, including using solar energy for some of its needs. The passenger capacity is 18.

3 decks and no elevator.

Roughly one third originate in the U.S., and a similar percentage from Europe. Amazon Nature Tours is promoted as an active experience so most passengers are fit to tramp in the rain forest in humid weather and can easily climb in and out of the launches. The eight crew are Brazilians.

All Amazon Nature Tours excursions and water (keeping hydrated is important) are included in the fares. Alcohol is extra.

Year-round 4- and 6-night cruises mostly along the Rio Negro. A couple hundred miles may be covered depending on the exact routing.

Serenity in the Amazon aboard the Tucano.

The Amazon Basin is one of the hot topics in the realm of climate change, and the 2019 fire season made worldwide headlines that further illustrates what’s happening when the earth’s inhabitants adds to the mounting crisis. In Brazil it’s widespread deforestation for lumber and to clear land for agriculture – slash and burn.

However, the Rio Negro and the State of Amazonas are not in the recent fire zones, though making such a trip leads to a better understanding what’s there and what’s being destroyed elsewhere in the country. The cruising region is within the Central Amazon Conservation Complex, and is a UNESCO World Heritage Site, rich in biodiversity. 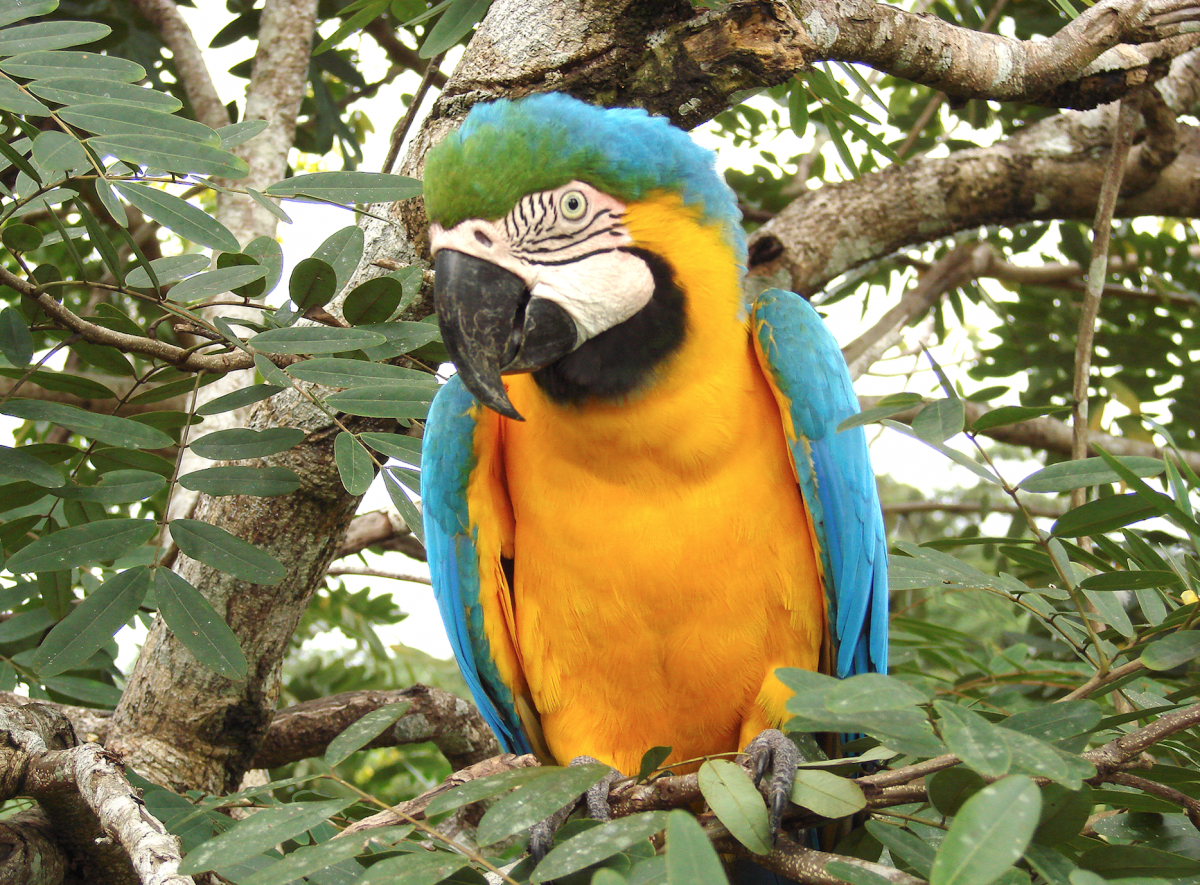 Animals to be seen are caiman, dolphins, howler and spider monkeys, giant river otters, and tiny marmosets while a sampling of birds are harpy eagles, brilliant macaws, pygmy kingfishers, hoatzins. Many will want to see piranhas, and some may even catch one. The rainforest is thick and great for hiding, so large animal sightings are few. 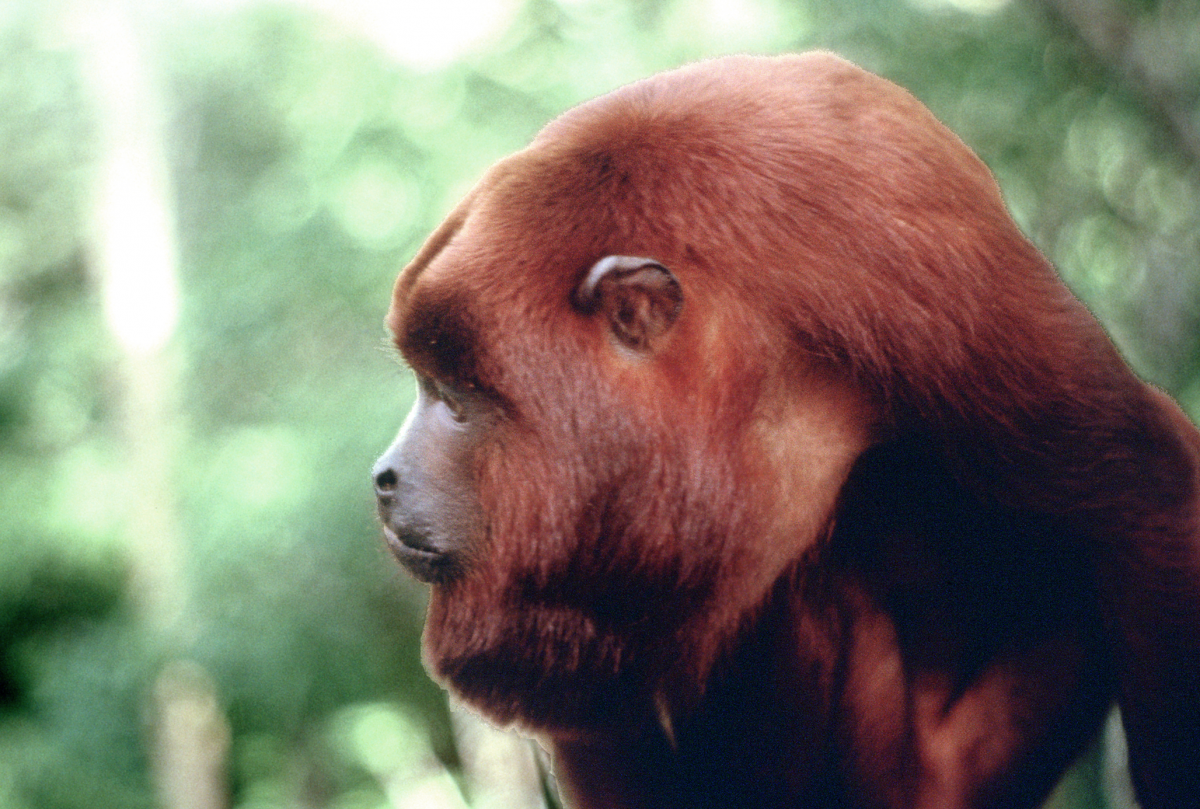 The dry season is August to November while the rains are roughly mid-December to mid-May. Best for birdlife February to April-May. The hottest months relatively speaking are October and November. The low-water season brings more bird and animal sightings.

Nine attractive cabins include two singles, all with shower facilities. Double have queen-size or twin beds. They have lovely prints showing the Amazon Basin’s wildlife. 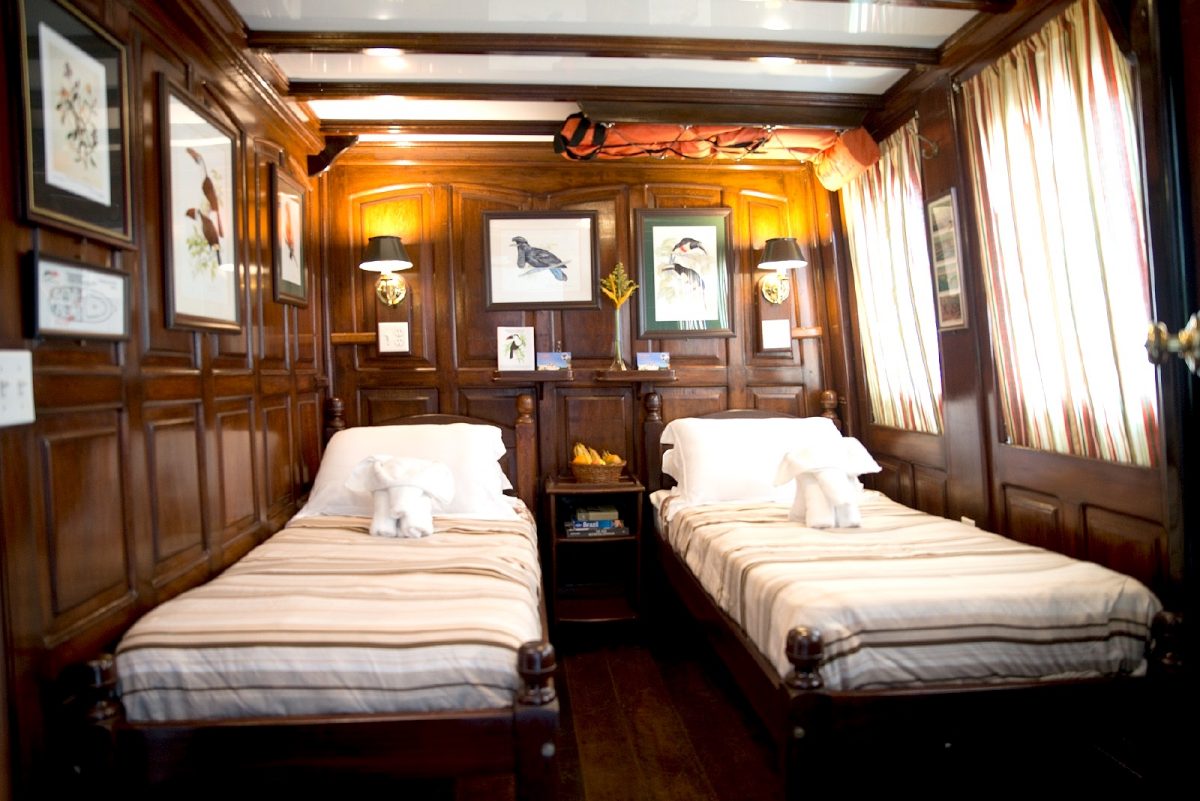 A glass-enclosed saloon combines the dining area and lounge, and on the highest level, a second covered lounge shares the deck with some open space aft of the pilothouse.

Meals are open sitting, and the food Brazilian cooking using fish from the Amazon and fruits and vegetables from the region. 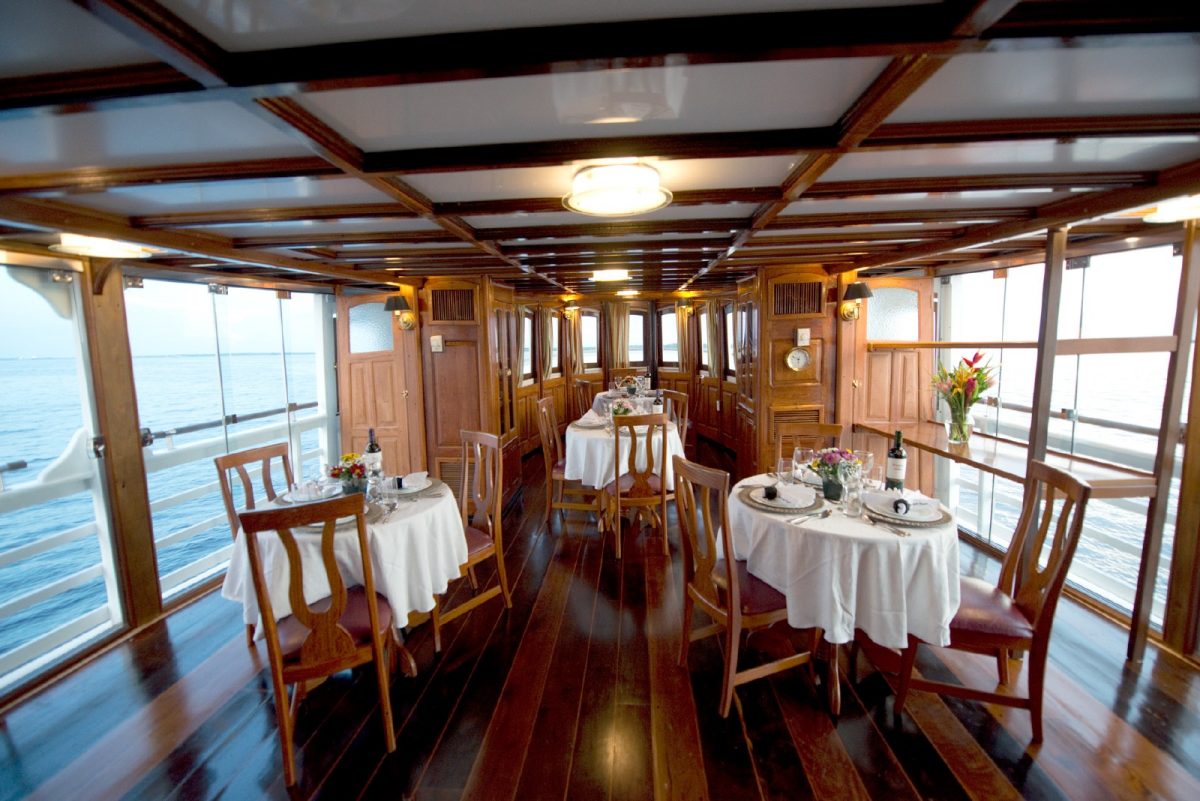 Passengers have a choice, as one would expect, about what activities they would like to participate in. The choice is adventure and science-based interests. The first involves walks in the rainforest taking in the surroundings while looking for wildlife and unusual nature settings while the other, using the launches, focuses on studying on specific plants and animals.

The outings happen early in the day before breakfast when the rain forest is waking up, before lunch, afternoon and after dinner, including nocturnal explorations by launch. One may move from one group to the other. In addition, there will be visits to local villages that are rotated so that none get an intrusion of more than a couple times a year. A beach outing may be on tap. Kayaks are also available. 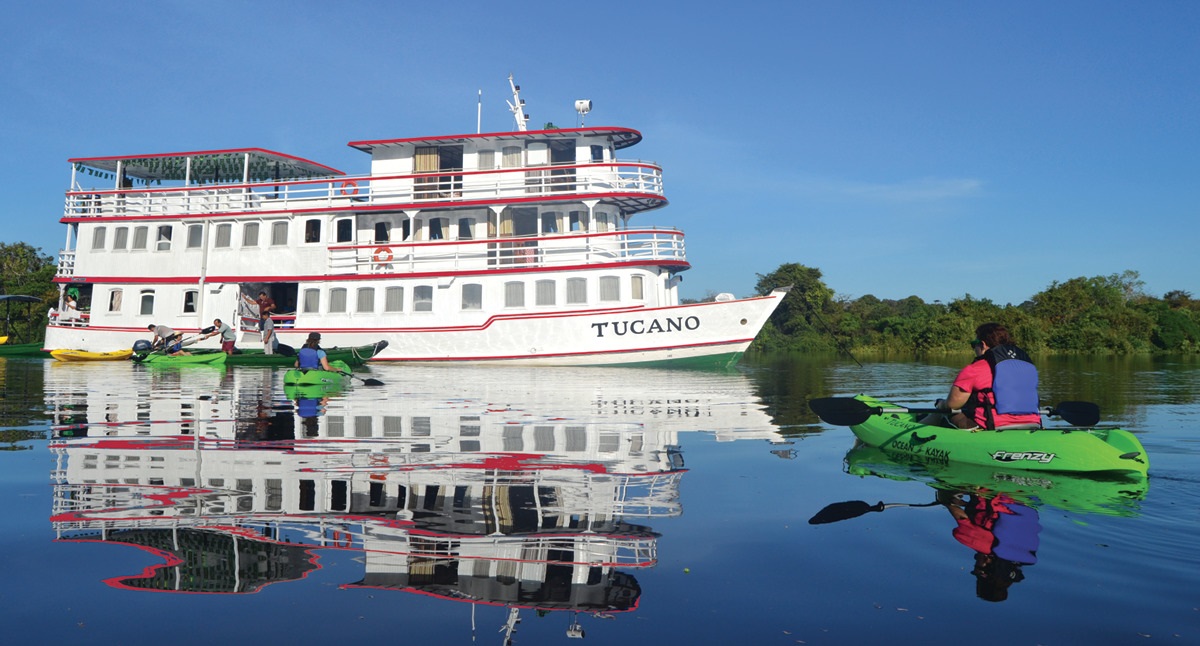 Visas are no longer required from Americans, Canadians, Australians and Japanese.

Quirky Cruise reviews more than a half dozen other operators, but Amazon Nature Cruises is the only one using the Rio Negro.

Adventure Smith, one of our lines reviewed, also use the Tucano, and there are others. 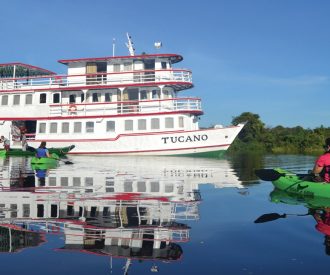 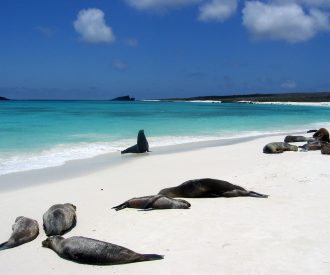