QuirkyCruise’s Heidi Sarna asks polar guide and PTGA President Graham Charles about polar climate change, what he’s observed and learned over the 20 years he’s been traveling and guiding in the Antarctic and Arctic regions. Graham also discusses what expedition cruise operator associations — IAATO for Antarctica and AECO for the Arctic region — have been doing to promote responsible tourism.

Read our first Q&A with Graham about the PTGA (Polar Tourism Guides Association).

QC: How many times have you been to the Polar Regions in your 20-year career?

Graham Charles: I’ve travelled to the Polar Regions extensively, across both the north and south, since 1998. I started working at New Zealand’s key research station, Scott Base, in 1998. Since then I have been there every year and to most parts of the North and South Poles except the Russian polar region. 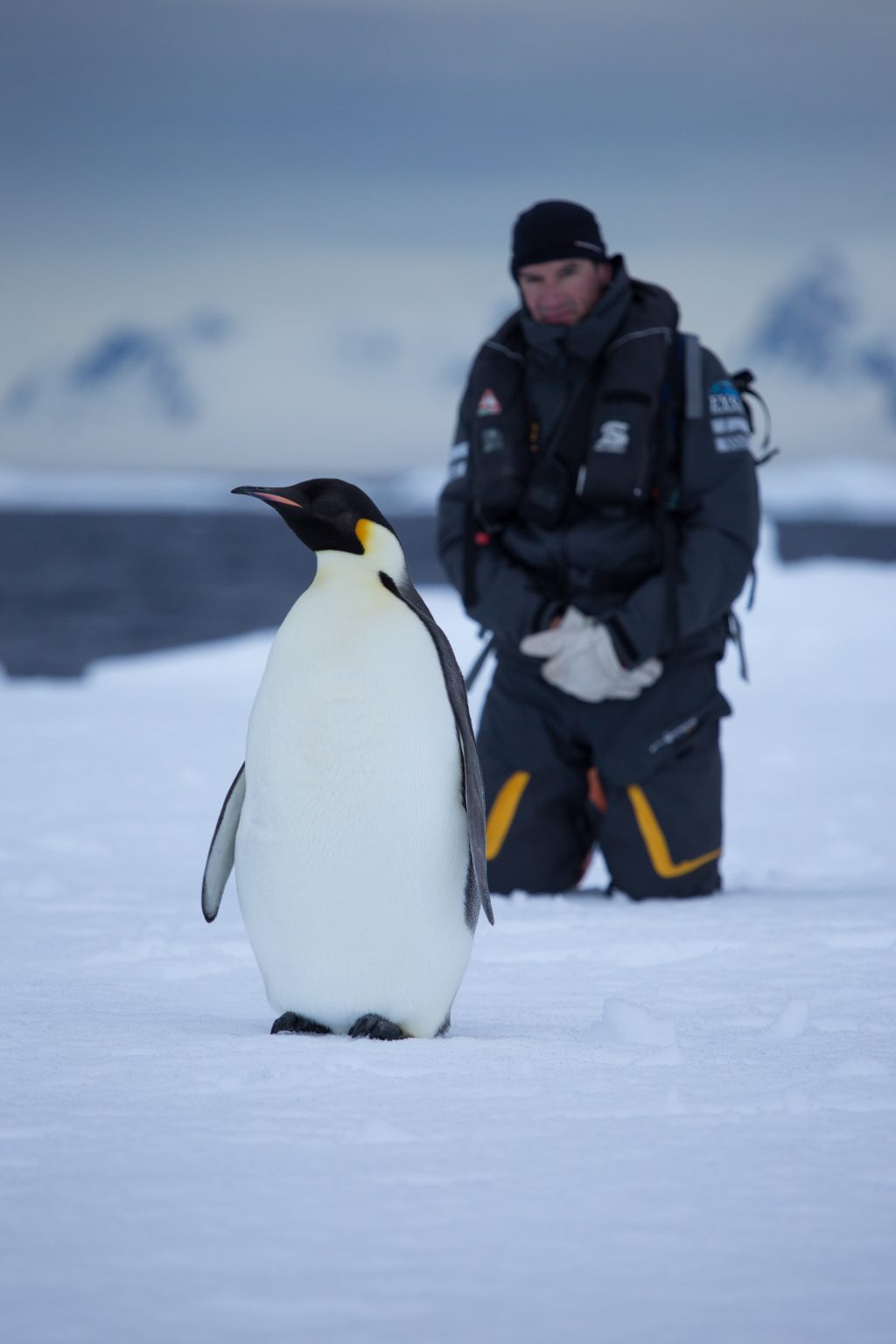 Graham and an emperor penguin, the largest of the penguin species and endemic to Antarctica. * Photo: Richard White

QC: When you’re working on an expedition cruise around the poles, do you talk about climate changes with the passengers? If so, how do you frame the issue?

Graham Charles: Yes I do, but depending on what sort of trip it is the “forum” always has to be considered. If I’m presenting on something like “ice” or running a re-cap of the day there is always an easy apolitical way to segue into it and see what the feeling is. As an expedition leader with any IAATO (International Association of Antarctica Tour Operators) or AECO (Association of Arctic Expedition Cruise Operators) company, I’m obligated to include education and information about it. Out on excursions I might mention it in passing and let the guests come up with the questions and go from there. The biggest issue is getting into the discussion slowly and carefully so as not to lose those who might not yet be convinced. 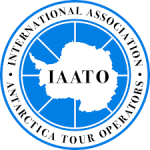 IAATO was founded in 1991 and AECO, in 2003. IAATO is a bigger organization than AECO, though both were built around the same ideas and philosophy of managing responsible, environmentally friendly and safe tourism in the polar regions. Both organizations’ websites are packed with great information — history, regulations, maps, wildlife, climate change, weather, scientific papers and more.

QC: Have some of the landing settings changed over the period you’ve been traveling to both Polar Regions? If so, how?

Graham Charles: The big manifestations in the north are far more obvious than the south. Mostly this is obvious in glacial retreat and shrinking sea ice coverage. The southern polar tourism regions change a lot year-to-year depending more on local and shorter-term weather conditions, while in the north, climate change is very evident.

QC: As you approach a landing, do you point out changes that you have seen over the years to passengers?

Graham Charles: Yes I would and northern regions like Greenland and the whole Canadian arctic archipelago exhibit far more manifestations of climate change than many other areas. There is a particular hike behind the town of Qannaq in northern Greenland I really like and we visit a glacier. There are exposed rocks, for instance, that 10 years ago when I stood in the same spot, were covered by a glacier — the glacier has receded and is now a long way away. 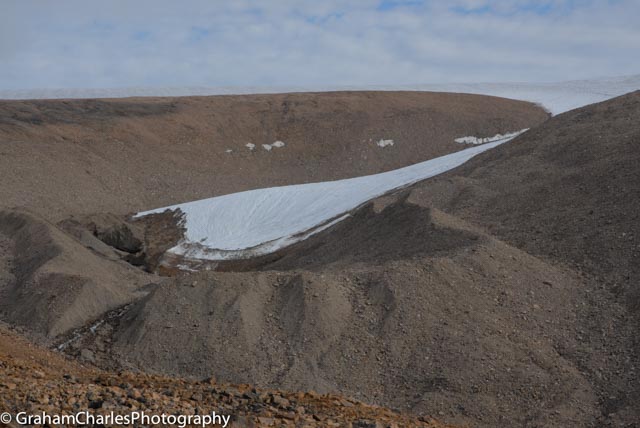 This piece of the Greenland ice cap filled the terminal moraine to the top when Graham first visited it. Now it’s on its way out. * Photo: Graham Charles

QC: In your experience have there been visible changes in wildlife in either pole — the numbers of penguins, seals, and birds seen?

Graham Charles: Let me be clear, I’m not a scientist with intimate scientific knowledge of a particular region or area, but I can say that one of the biggest climate change issues facing the south is the issue of non-native species taking root. This is particularly obvious on the Antarctic Peninsula where it has warmed the most and so is potentially inviting to non-native plants and critters. Another manifestation visible (with interpretation) to tourists is the southward migration of Gentoo penguins and their colonisation of areas traditionally held by Adelie penguins. They breed earlier than Adelies and look for nesting sites clear of snow earlier. With a warming Peninsula, changes in wildlife and plants make a good talking piece and great introduction to the issue.

QC: What changes are going on in the Polar Regions that passengers cannot see, but that you’re aware of?

Graham Charles: Like anyone else I’m aware of them via science articles, blogs and information from peers. These changes are happening at a rapid rate — shrinking glaciers, increased “rain” days on the Antarctic Peninsula, increased glacial bed lubrication, increased outflow speeds, huge ice shelves collapsing, a new polynya (a hole or area of unfrozen sea within the ice pack) opening up in the middle of nowhere, and so on.

QC: Given that all travelers will have an impact on the environment, albeit rather small, what is the impact specifically?

Graham Charles: I don’t know any exact measurements in terms of tonnage of CO2 used per passenger to join a polar cruise, but obviously it is a huge increase on what their carbon footprint might be if they were to stay at home. Ships traditionally have a pretty hefty footprint, but the new Polar Code efforts by IAATO and AECO, and the use of new technology like hybrid engines and hydrogen-fuelled ships, should help this profile now and into the future. 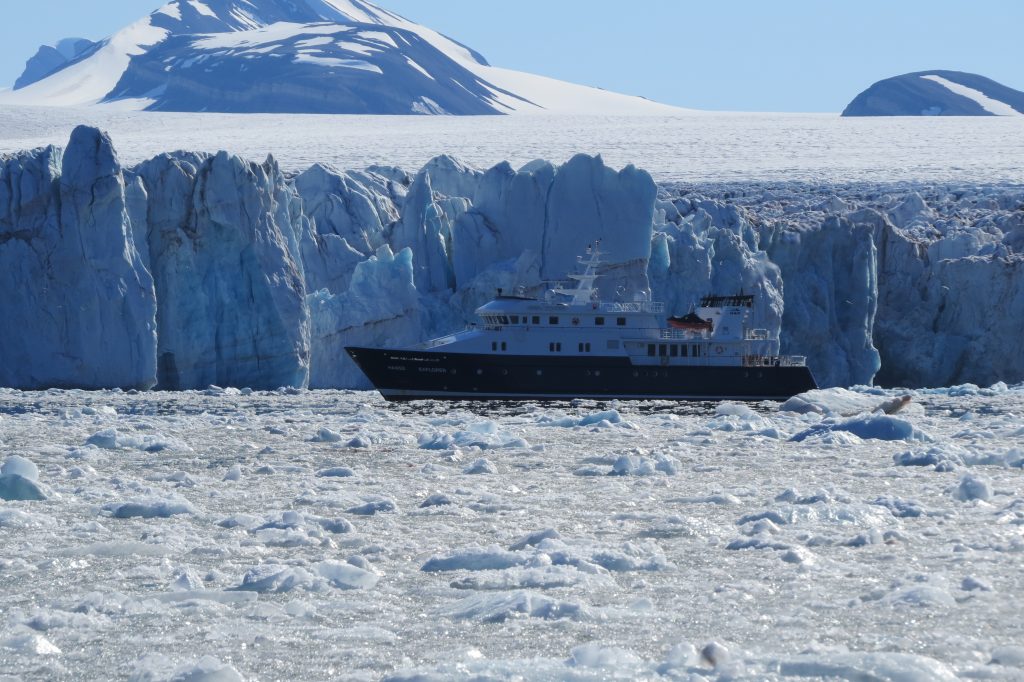 QC: What has IAATO done in the Antarctic that has helped reduce travelers’ impact?

Graham Charles: IAATO is doing an incredible job in this area and is the flag-bearer for us all. The Polar Tourism Guides Association’s (PTGA) Code of Conduct embraces all efforts by IAATO and AECO and our members are bound to the superb environmental work they do. They led the way in the Antarctic community years ago by putting measures in place to reduce the risk of introducing non-native species (see above) to Antarctica — i.e cleaning all equipment and clothing, and using environmentally sensitive disinfectant to mitigate against it. IAATO has a Climate Change Working Group that advises their membership on how they can reduce their footprint — such as planning itineraries to minimise fuel use and ship-hotel related actions that apply to everyone such as minimising plastic use, local food sources, closing curtains, and re-useable water containers.

Some IAATO operators are “carbon neutral,” others have environmental schemes in place to help offset emissions. All IAATO operators must offer an education programme as part of their itinerary and this usually includes climate change — making visitors aware of their carbon footprint and steps they can take to reduce it. IAATO has created a Climate Change presentation and pamphlet, which is currently being reviewed by the Scientific Committee of Antarctic Research (SCAR). Some IAATO member operators are already using hybrid ships and considering hydrogen as an option — this is all good news for the industry and environment as a whole.

IAATO has been invited to participate in relevant Antarctic Treaty System groups focussed on climate change as a means to address the reduction of the carbon footprint of all human activity in Antarctica (the Antarctic Treaty System is a collection of agreements to regulate relations among the 50+ countries active in the Antarctic). It’s a good reminder that tourists are not the only people “traveling” to the Antarctic; others there include scientific researchers and fishermen. In terms of tangible efforts and measures related to climate change, the bottom line is that if people are traveling to Antarctica, they should be traveling with an IAATO-member company (there are still a handful of operators who are not). 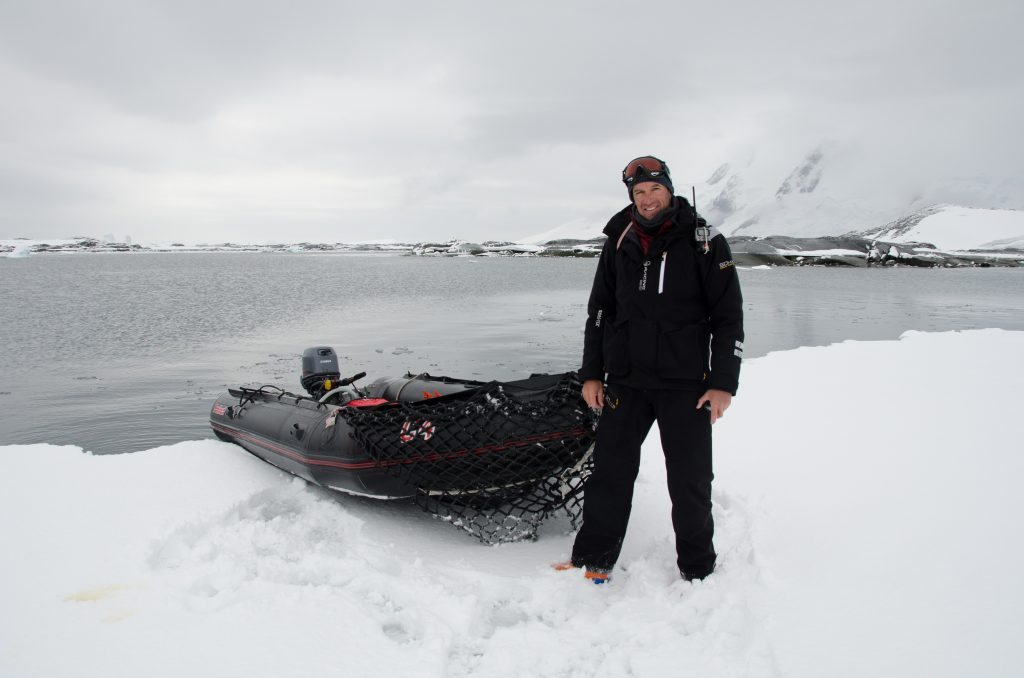 QC: How can passengers and staff be useful advocates, without being bombastic, for awareness of climate change?

Graham Charles: Engagement and impact is the key. If people don’t engage in a topic there is little to no chance of anything meaningful come out of it. We are global citizens and to not engage in this day and age is not an acceptable option. However we run an expedition, presentation or excursion, we have to make an impact. It’s our role as professional guides and conduits of the IAATO/AECO/PTGA missions to educate people. The more impactful we can make these interactions the greater chance we have of making a difference. This is our greatest role in mitigating the carbon footprint of being there in the first place.

QC: In your experience, which types of expedition vessels do the best job of keeping their footprint as light as possible?

Graham Charles: It really comes down to what engines and fuel oil the vessels run on and how efficient the energy (power, water production) systems are on-board. Newer technology is much better, but it doesn’t mean a particular company doesn’t try to do all they can if they have an older ship. Everyone does as much as they can and they are aware of the irony involved.

QC: How do you reconcile your own impact traveling in delicate areas of the world, where climate change is quite visible? Does the education value of travel mitigate the carbon footprint?

Graham Charles: This is something I grapple with every year and is a tough question to answer. The simple answer is I can’t. The reality of negative impact vs positive can never really be measured. How would you measure the number of people I have engaged/educated/impacted and to what level value can be placed on their potential carbon offset? I just don’t know. I continue to try and help engagement through impactful education and engagement and doing interviews with blogs like QuirkyCruise. All passengers who visit the Polar Regions should be thinking and learning about these issues. It’s real. 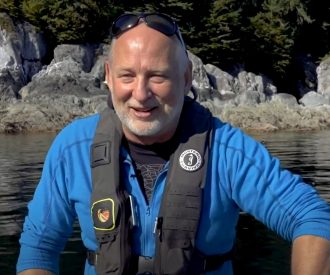 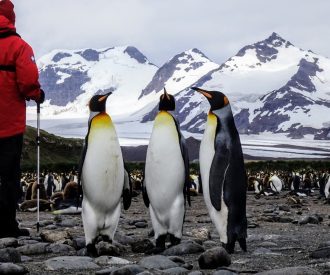