For small ship cruising, it is not always fair winds and calm seas. Some parts of the world see more chop than others, and to be in the know before booking, here below are the regions that have a bit of a reputation.

Now let’s begin with the good news. Advance weather forecasts give ship captains ample warning to steer clear of a hurricane’s track by altering course. A diversion may result in skipping a port or two and substituting others, and while you might still feel the swell from the storm, it is unlikely that the ship’s movement will be more than a gentle rise and fall. 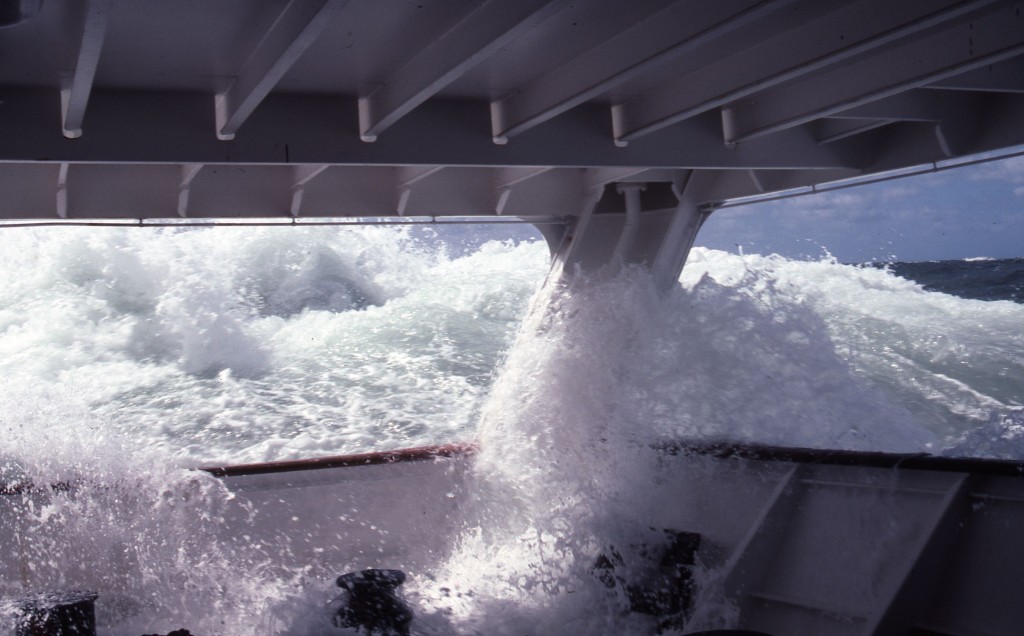 Some major white water in the Atlantic, off Patagonia. * Photo: Ted Scull

Stabilizers help reduce side-to-side rolling, but not the up and down pitching motions into oncoming swells. The smaller the small ship, the less likely it will have the stabilizing fins. Large cruise ships’ massive blunt bows tend to slam into head seas, and to lessen the unpleasant sensation, the captain may drastically reduce his speed to lessen the impact.

The bodies of water below have the potential for the being the choppiest in world; in no particular order:

The Caribbean’s hurricane season (roughly June to October) tops the list in terms of the number of passengers potentially affected because of the large number of ships cruising here. However, with so many alternative routes and ports of call, in most instances, ships can avoid the storm’s fury and still provide a satisfying cruise.

The North Atlantic is notorious for its storms at almost any time of the year, and the further north the track the more likely it is to encounter some rough seas along the multi-islands’ passage between the North of Scotland, Shetland/Orkney, Faroes, Iceland, Greenland, Newfoundland and the Canadian maritime provinces and/or the U.S. East Coast. It is positive thinking to note that all islands have a lee side.

The ships that reposition seasonally via the Atlantic between the Mediterranean/Iberia and the Caribbean/Florida are much less likely to encounter storms. However, ships that sail between Northern European ports, Iberia and the Mediterranean pass through the Bay of Biscay. This body of water, west of France and north of Spain, has a long anecdotal history especially with Brits.

In my experience — 16 passages — only one (Santander to Portsmouth) was truly tempestuous and that was quite enough for everybody on board, including me who likes a bit of chop.

Speaking of the Mediterranean, the Mistral that roars down the Rhone Valley in France and then across the Western Med can stir up heavy seas in winter and spring as does the Meltemi in summer in the Greek Islands. I was aboard the ROYAL CLIPPER during a powerful Mistral and the sail-laden ship reached its maximum hull speed. It was exhilarating and more than a bit dramatic.

The dreaded Drake Passage between Ushuaia, Argentina and the Antarctic Peninsula has a well-deserved reputation, and happily any storm that does occur rarely lasts more than 12 to 24 hours. If you are susceptible to mal de mer, be prepared to deal with any eventuality because the expedition is well worth it.

Longer itineraries that include the Falklands and South Georgia expand the chances for stormy weather. 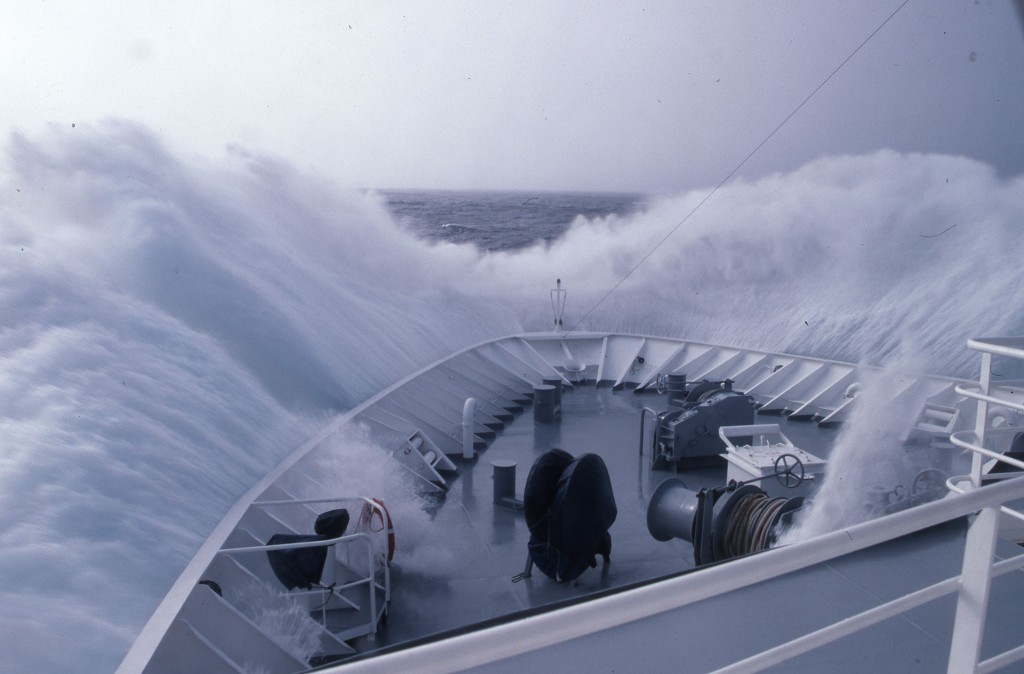 The Inside Passage to and from Alaska may be well protected apart from a few short-open sea stretches, while ships traversing the Gulf of Alaska to Seward, on the other hand, may encounter North Pacific storms or swells from a more distant storm.

Typhoons are an occasional worry in Southeast and East Asia from the South China Sea north to Hong Kong, South Korea and Japan, but course alterations can minimize discomfort unless the ship must call at a disembarkation port, then arrivals may be delayed until the waters calm.

The Trans-Tasman passage between Australia and New Zealand and the Bass Strait between Southeast Australia and the island of Tasmania can kick up a mighty storm, but few small ships venture into these southern waters.

The only time I ever felt I might be seasick was standing at the bow of a small ship rounding Point Judith where Narragansett Bay meets Long Island Sound. The sea becomes confused here due to colliding waters, and by simply moving amidships, the unpleasant sensation eased.

Charles Darwin was seasick more than not during his three-year voyage on the Beagle, but back then there were few remedies, and today they are many. A truism is that everyone reacts differently, so there is no easy answer. Still, for the small percentage that do experience mal de mer, it is no picnic. Get professional advice before you go.