Ted Talks: Australia’s Kimberley Coast, The Remotest of the Remote

The travel bug sends all manner of people to all corners of the globe by sea in small, medium-size and humongous ships, via aircraft ranging from a Piper Cub to the airbus 380, in cars, on trains, buses, two wheels and two feet. Is there anywhere left to go that I won’t have to share the experience with so many people who are already there? 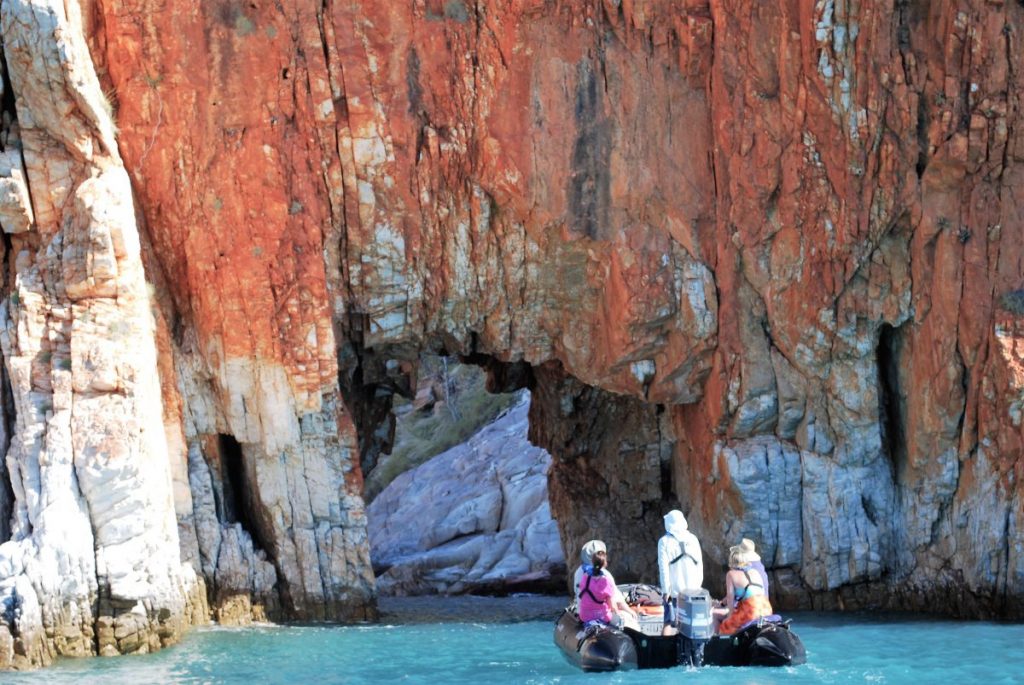 Looking back to an earlier era, I am old enough to recall our guide taking the three of us — my mother, brother and myself — into the Sistine Chapel and suggesting that we lay down on a carpet and look up at the ceiling while she related the story of Michelangelo’s illustrating the book of Genesis. One would be trampled today and maybe arrested.

Two years later, after a stint working at a bush hospital in then Tanganyika, I found myself in a Land Rover with two other people driving across the Serengeti Plain. We came into contact with a pride of lions with not another soul around. Then an hour later, stopping and turning off the motor, as a huge herd of wildebeest flowed by en route to a distant waterhole.

Now, I try to stay away from the summer crowds in Europe and certain port cities that have become inundated with humanity, many off giant cruise ships.

As I am writing this, I can still clearly recall sitting in a tour bus at a beauty spot on the island of Rhodes, surrounded by other buses, all unable to move. The cacophony of blaring horns did not produce a single inch of progress forward. Sitting there for an hour or so, and unknown to us, two buses had sideswiped each other, and the investigation halted the one route out of the quagmire.

So where have I found serenity ashore?

I will start with the most extreme example, simply because the experience was so utterly wonderful lasting over a week. Others will follow. 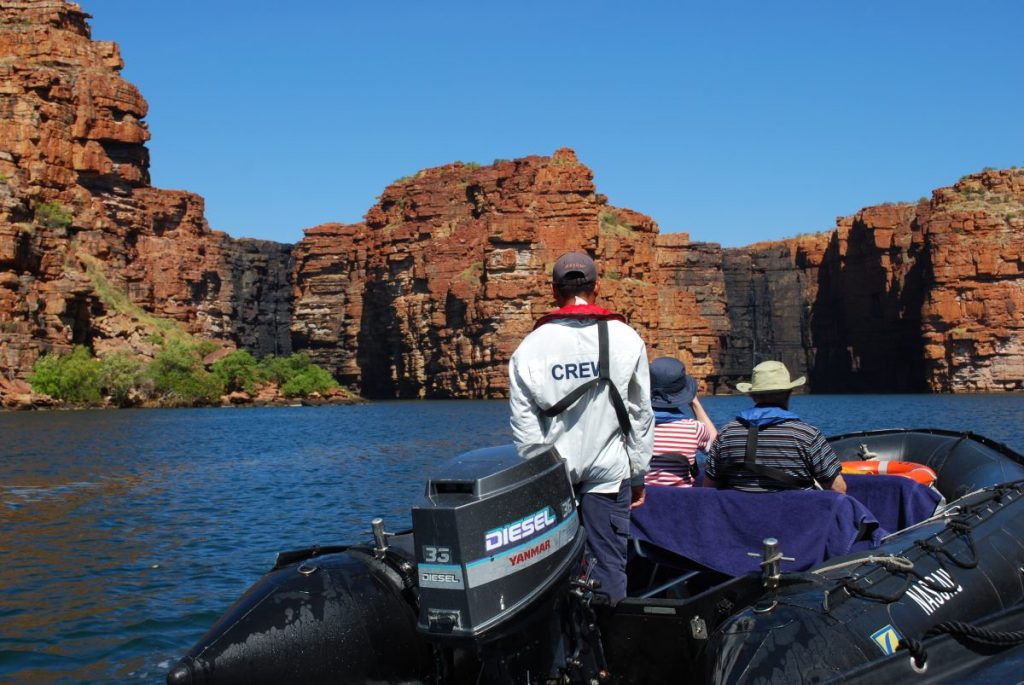 The ship was the Orion, now belonging to Lindblad Expeditions, and the destination was the Kimberley Coast. We embarked on a 10-night voyage from Darwin, Australia’s Northern Territory capital, and headed westward, making daily coastal stops en route to Broome in Western Australia.

We were less than 100 passengers, nearly all Australians, including my Aussie-born wife, plus a couple of Brits, a NZ couple, and one Yank (me!).

After a full day at sea, we made a landing by Zodiac at a crescent beach with no one else in sight. Options suggested heading inland via several pathways or staying put and simply plopping down on the sand and taking the beautiful surroundings.

We, and a half-dozen others, opted for a climb up a moderately easy zigzagging pathinto the wilds of remote Australia. I choose never to be first in line or even second as I let the eager beavers clear the path of the dangers that might lie ahead — especially the continent’s notorious snake and spider populations!

Phew! With none sighted, we progressed gently up a couple hundred feet, and turning sharply right, indigenous rock paintings appeared on the cliff face and then flowed into a shallow recess. We took seats for a bit and studied the figures of fish and spirits, other worldly whitish figures with eyes, rectangular noses and no mouth, painted some 7,000 years ago. No one said much, just enjoying the peaceful and utterly quiet surroundings and the vestiges of someone’s idea of life. 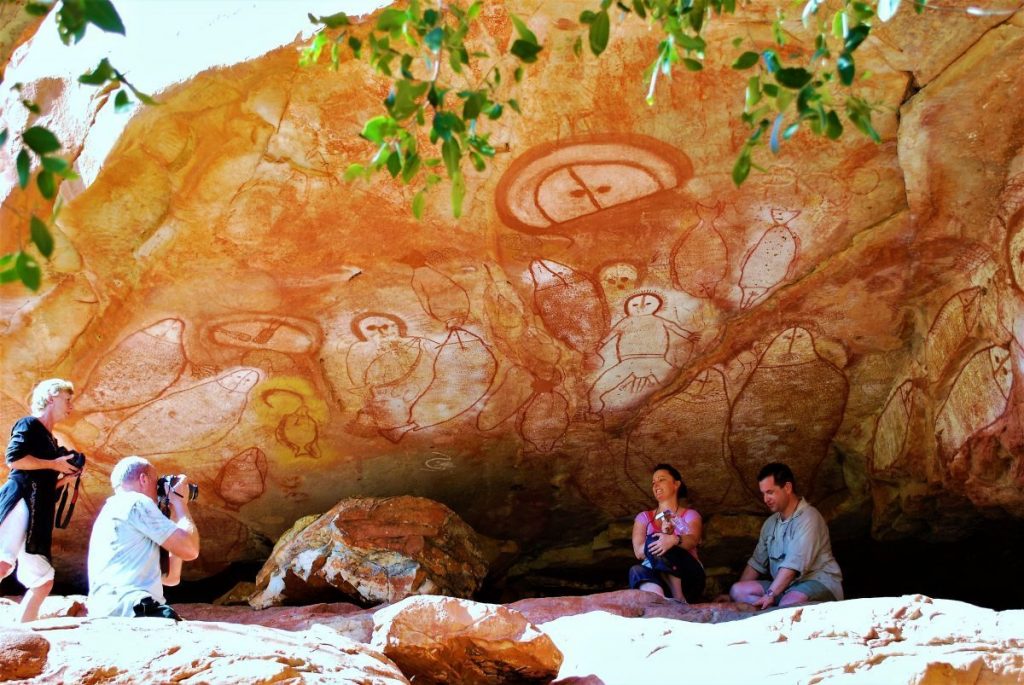 A relic of WWII

On another foray ashore on leveler ground at a place called Vansittart Bay, it was suggested we walk inland along one of several paths then across a meadow into a semi-open forest. Not far along we came upon a US C-53 (DC-3) that had crash-landed and broken in half during WWII. The American crew of four and two Aussies had lost their way in the dark (no maps in those days of this remote region) on route from Perth to Darwin. When they ran out of fuel the pilot put down in a then open mud flat. All survived, and they were rescued three days later by Qantas’ Corinthian, a flying boat. 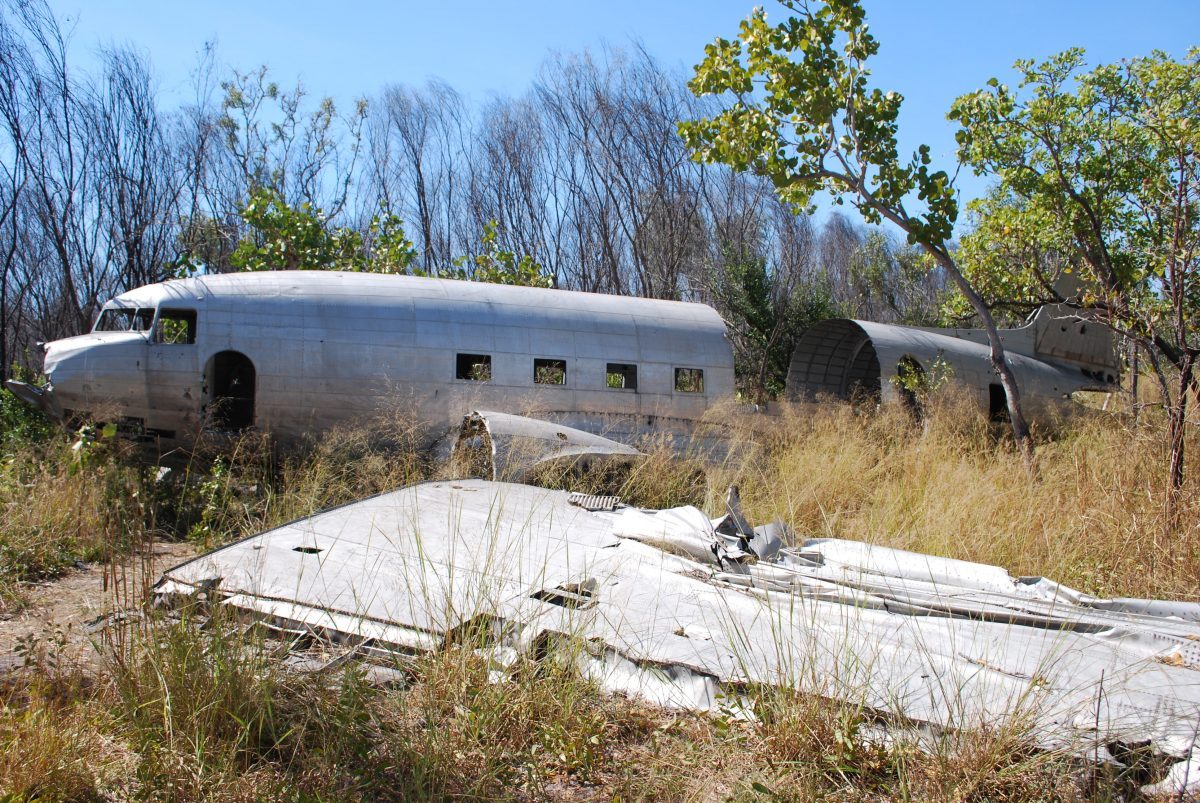 An American DC-3 crashed landed after running out of fuel during WWII. All six aboard survived. * Photo: Ted Scull

Nothing deteriorates very much in this dry climate, though trees had grown up that would have prevented landing here. Standing there with a few fellow passengers, even the Australians felt the sense of utter remoteness and lack of any sound, except when our feet crunched over dry ground on the way back to the beach.

On another day, we came ashore near a waterfall and patches of lush vegetation that sprung up around it. We entered a narrow canyon in the cliff and once inside found a pool of water where six crocodiles languished with their snouts and eyes showing just above the surface. Iron deposits in the purple and blue stones gave color to the remote and utterly silent scene. 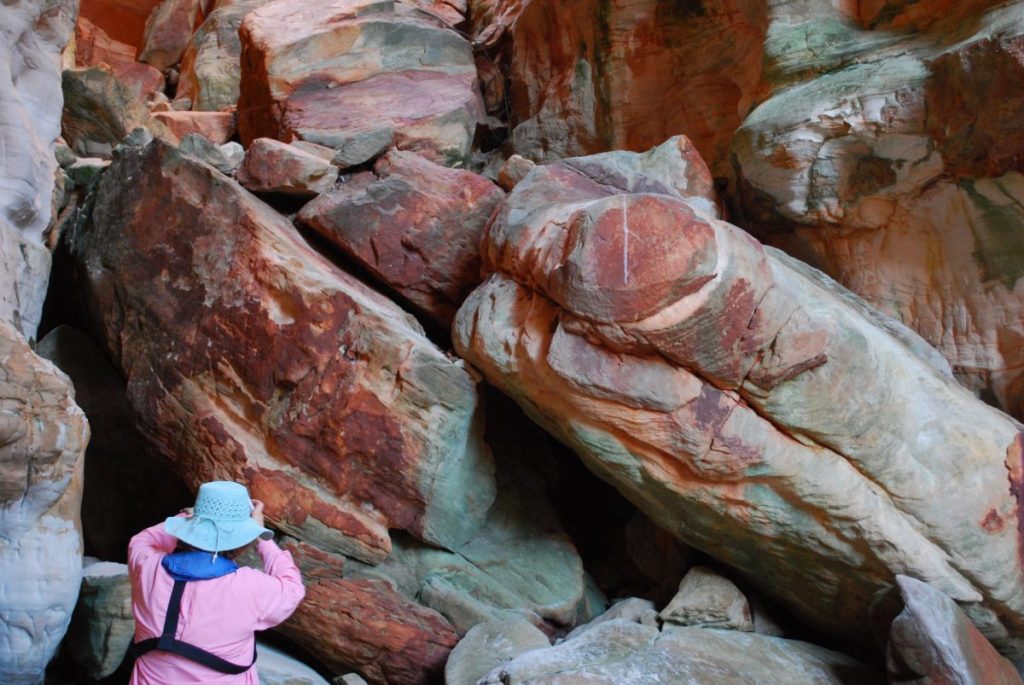 Then the following afternoon, we landed near a swimming hole set in the rocks wetted by a waterfall. After the guides made sure nothing sinister inhabited the dark waters, apart from harmless jellyfish, we paddled about relishing our now five days of isolation from seeing a single human being beyond our boatload.

Disembarking in Broome was a gentle return to civilization. We rented a four-wheel drive vehicle and hit the open road along the Great Northern Highway, a smooth two-lane trek through alternatively haunting landscapes, again empty of people, and two hundred miles between gas stations.

We made a two-day diversion to be amongst the vast landscapes of orange and black sandstones domes known as the Bungle Bungle, amazing geological formations that were virtually unknown when my wife grew up in Queensland. 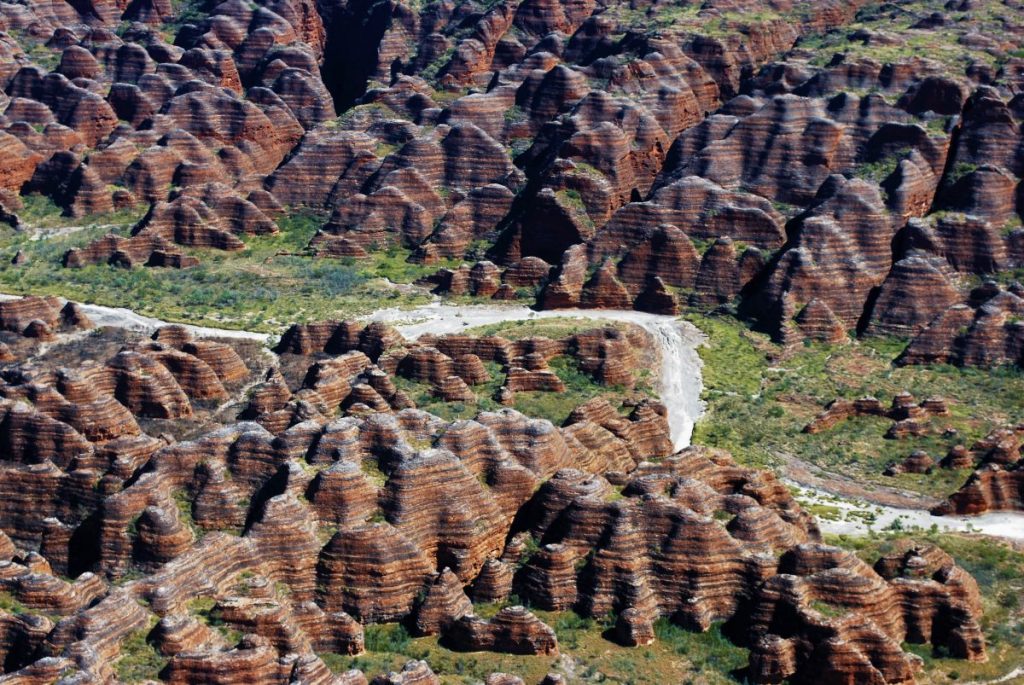 The Bungle Bungle spreads over the landscape in a remote area of Australia’s Northern Territory. * Photo: Ted Scull

Now, as I have finished recalling the Kimberley Coast’s remoteness, where one did not have any idea where the nearest settlement might be, I am now trying to think of another period of total isolation from other human beings besides the group I am with. Maybe it is the day or two camped in the Adirondacks reached by guide boat after a long paddle across the lake with only the haunting calls of loons at night? Here, if I thought about it, other humans were unseen, but not that far away. In the Kimberley I had no reference or knowledge where humans other than our small boatload might be.

Who goes to the Kimberely now? 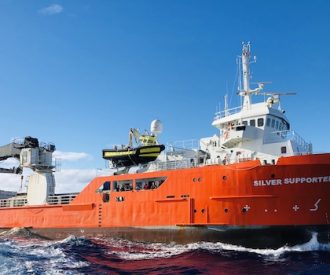 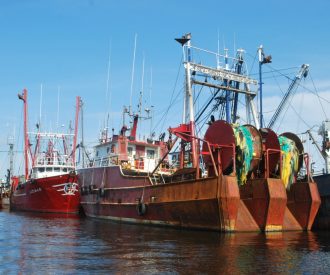