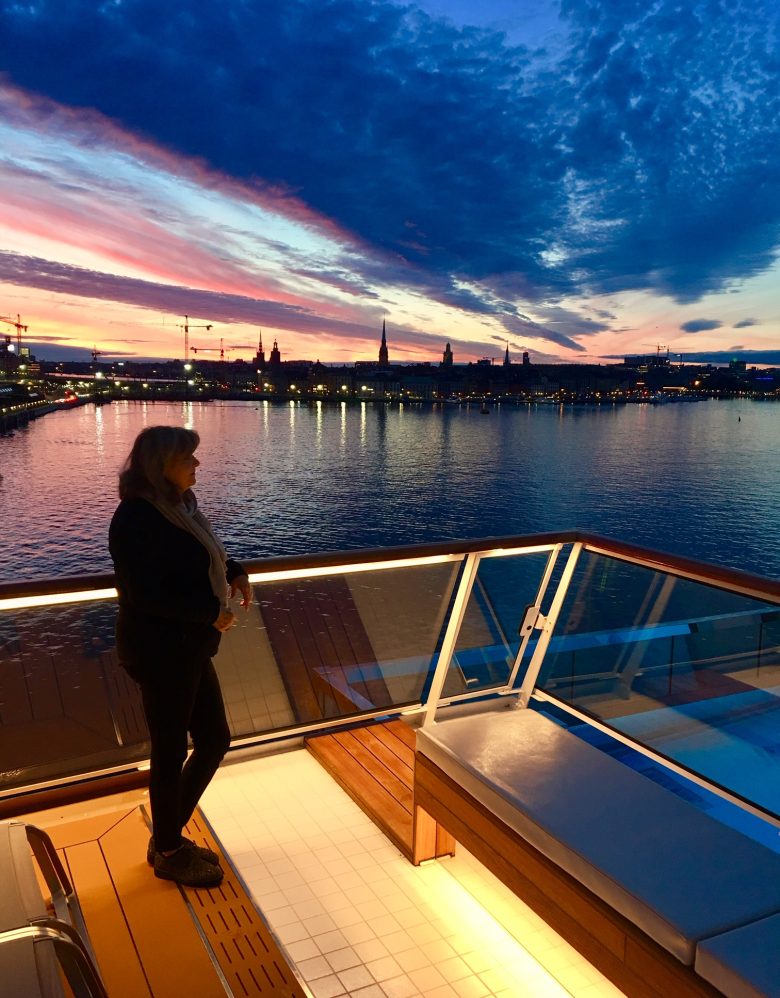 I am a small-ship “connoisseur” accustomed to ships under 300 passengers, which is how QuirkyCruise.com defines a small-ship cruise. However, when presented with the opportunity to cruise on Viking’s new 930-passenger Viking Jupiter in the Baltic Sea I immediately said “yes!”

Having never visited Russia, seeing St. Petersburg on the 8-night Baltic itinerary was a major draw. While it wasn’t exactly a “small-ship,” it featured the advantages of larger ships, while also offering some of the intimacy and highly personalized service of a true small-ship. I like to think of it as a “small big-ship.” 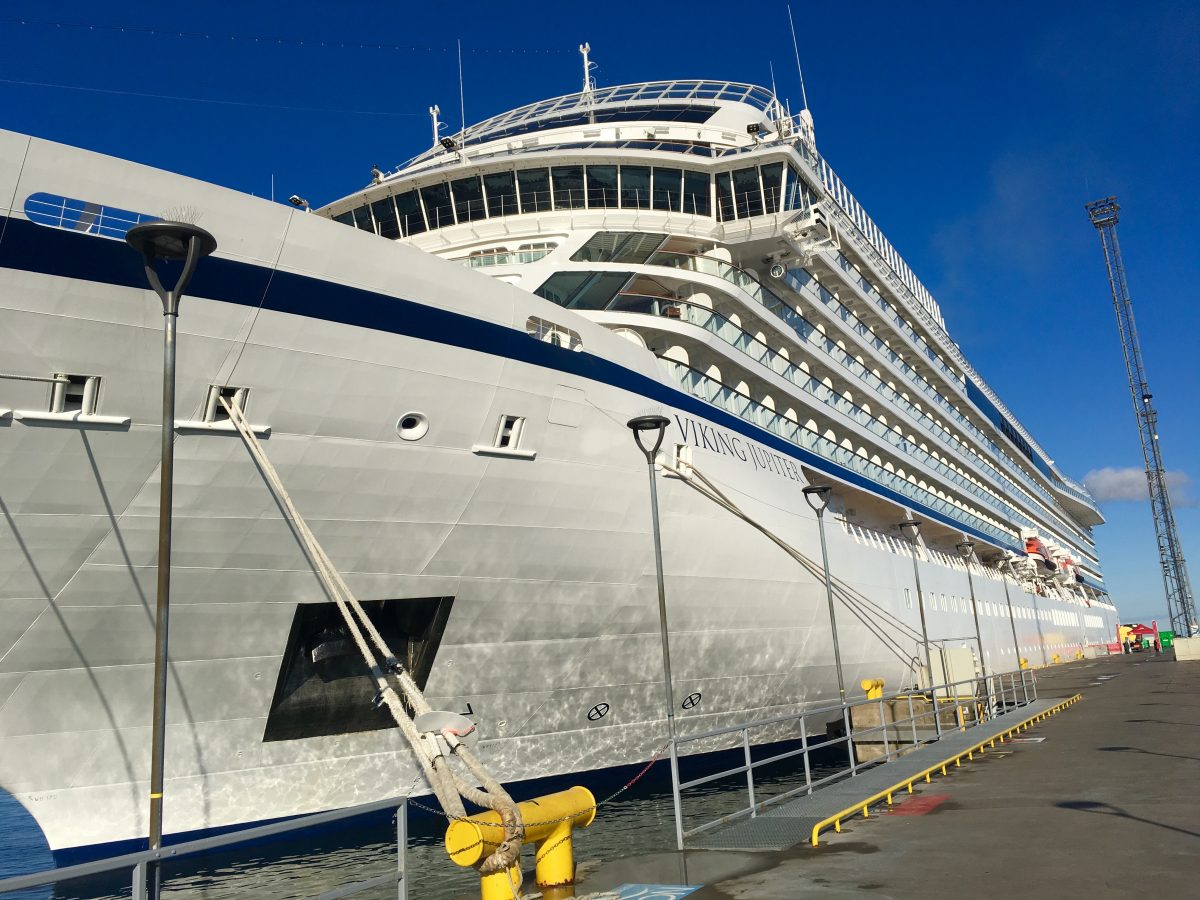 The Viking Jupiter took us from Stockholm to Berlin, with stops at the ports of Helsinki, Tallinn and Gdansk. The historical and gilded riches of St. Petersburg, of course, were the big draw for most passengers.

My two-day visit to St. Petersburg provided just a taste of the city’s rich art, architecture and history. I hope to return to do a true small-ship river cruise, on the Volga River, and see more of Russia, including Moscow. 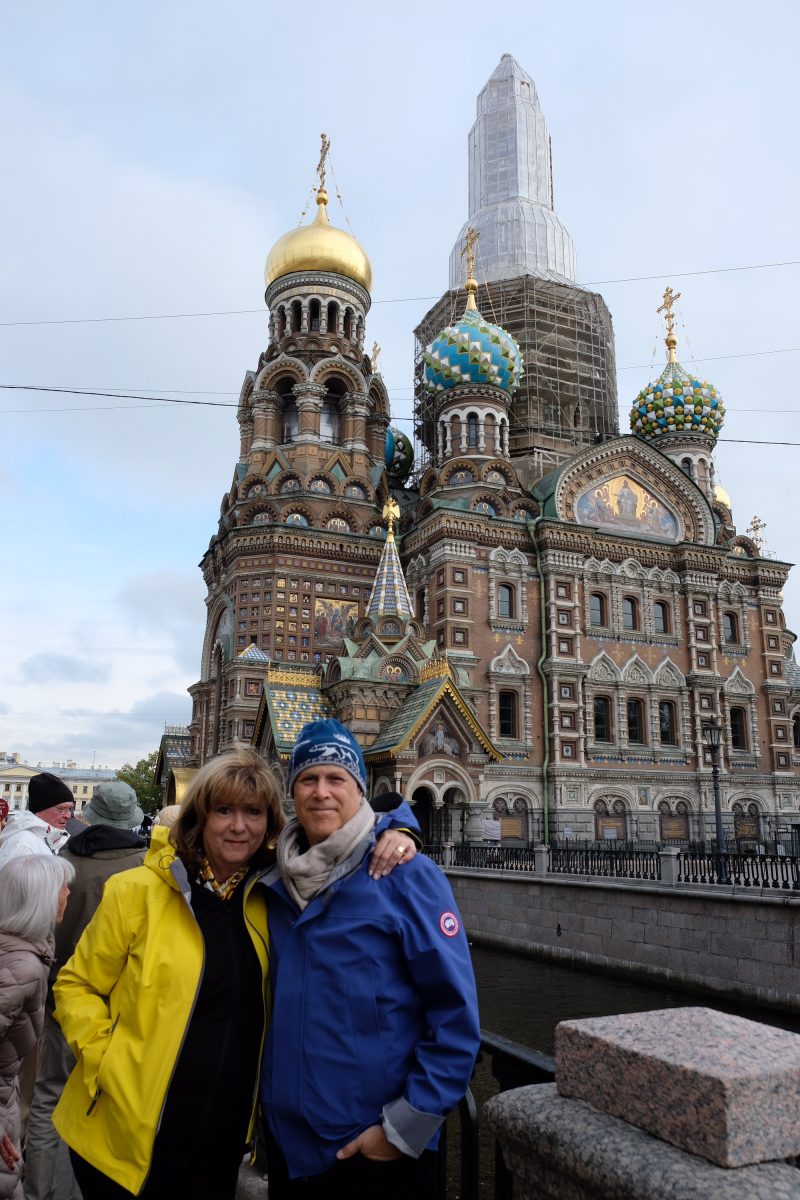 Judi and Lawrence at the Church of the Spilled Blood. * Photo: Judi Cohen

In the spirit of Quirky Cruise’s small-ship ethos, Russia’s Volga River cruises are an ideal way to visit both Moscow and St. Petersburg in combination with a Baltic itinerary. Small-ship cruises to this region are offered by various cruise companies including a 13-day Viking cruise on one of their five 200-passenger boats.

While the Viking Jupiter has features you would typically find on larger ships including a variety of dining choices, numerous bars with live entertainment, and a luxurious Nordic spa with gym and treatment rooms, the ship felt intimate and uncrowded giving it a small-ship feel.

SUBSCRIBE to QuirkyCruise.com for small-ship article updates and special offers.

In St. Petersburg we chose to pay for two small-group tours in addition to taking the panoramic coach tour of St. Petersburg that was included at no extra cost (Viking offers one free tour option in every port). We did a full-day “Behind Closed Doors” tour of the 18th-century Hermitage Museums and a half-day walking tour of the 1950-era St. Petersburg metro system, museum-like itself.

With only 13 guests on each tour, they were similar to excursions and tours I have done on previous small-ship cruises. 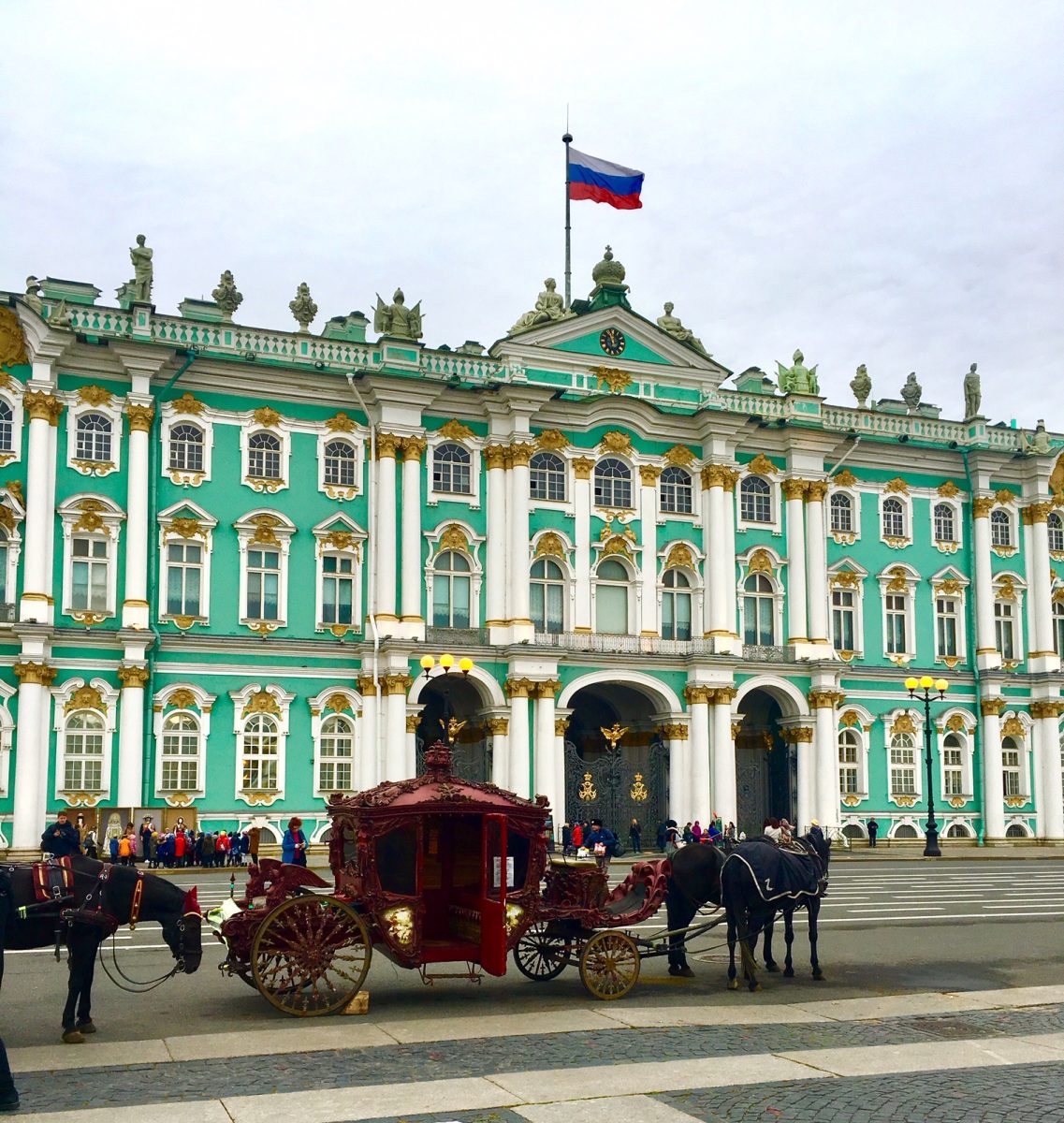 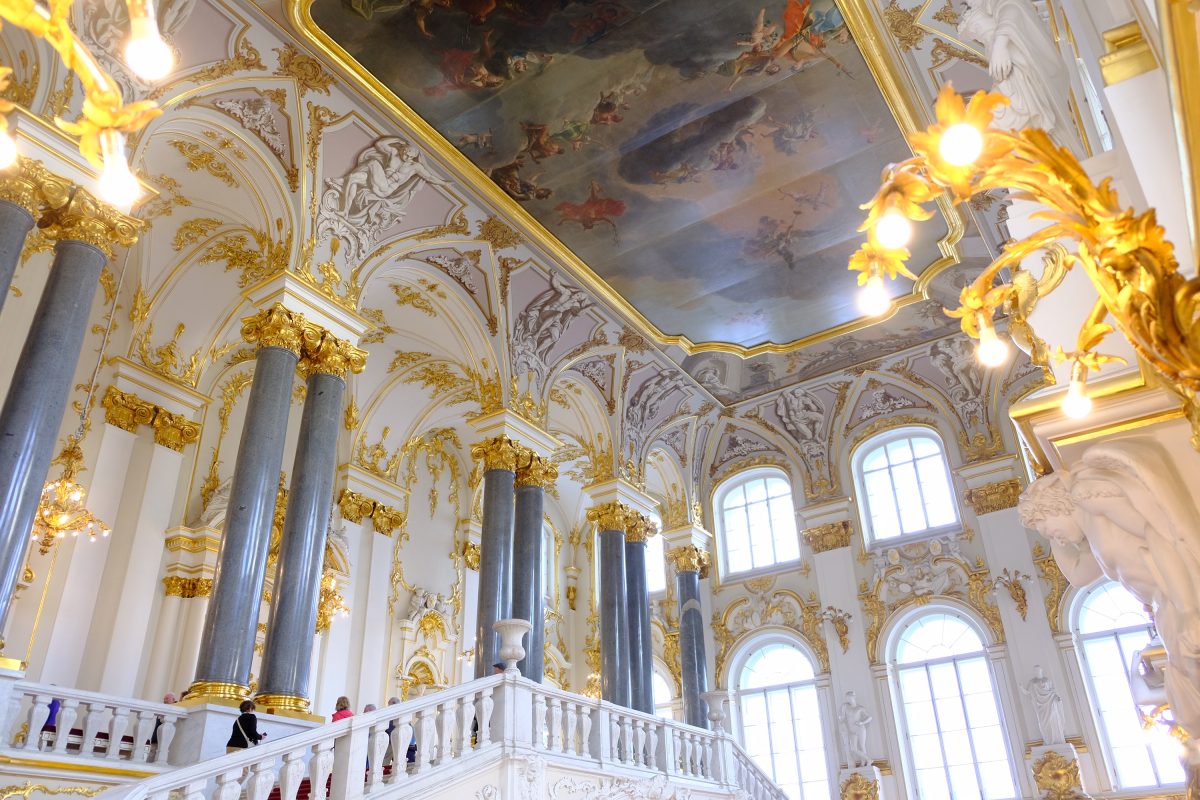 Our Hermitage Museum guide was knowledgeable about architecture and art history, and contributed to our learning and enjoyment. Our guide during the metro tour, which was a highlight for me, led us into the system to see some of the oldest stations that were built as “palaces of the people” rich in Soviet history, with their fascinating art and sculpture. 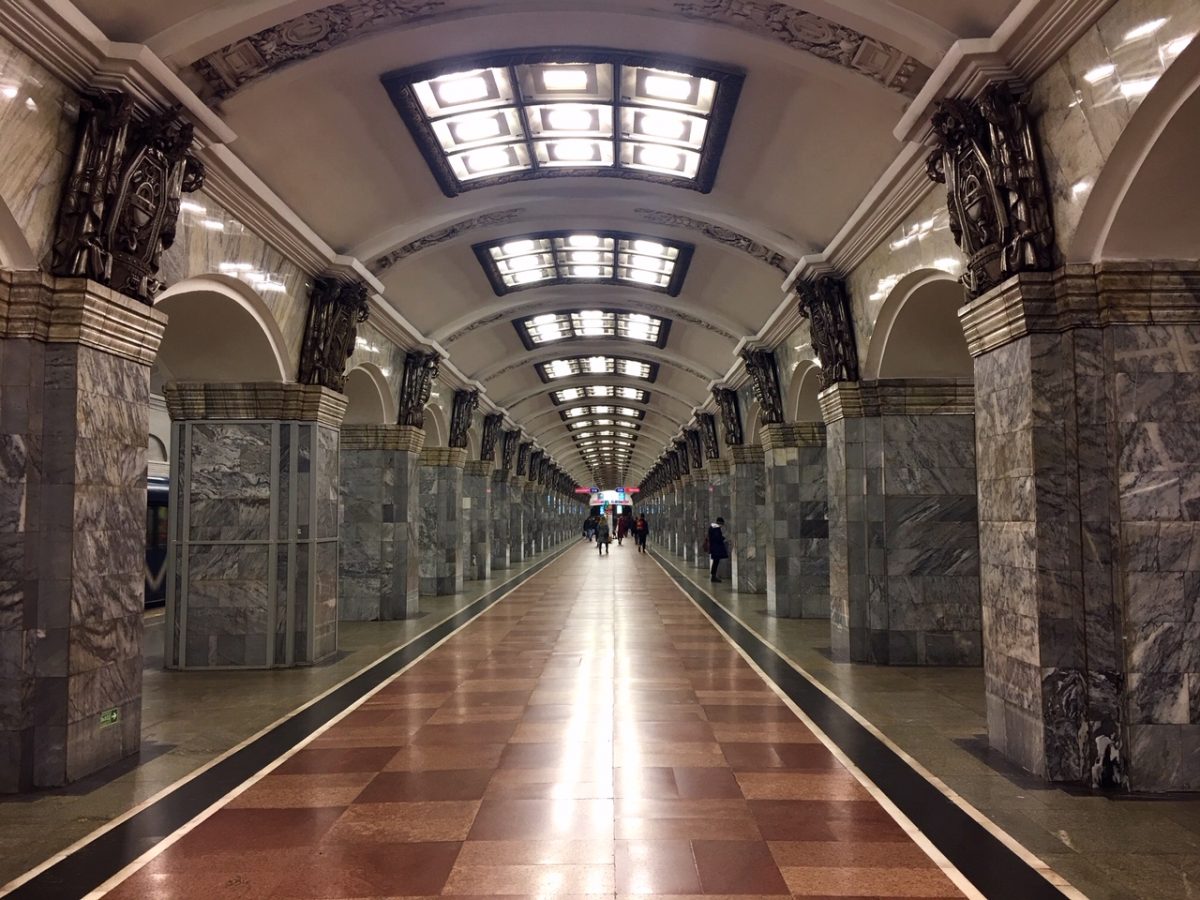 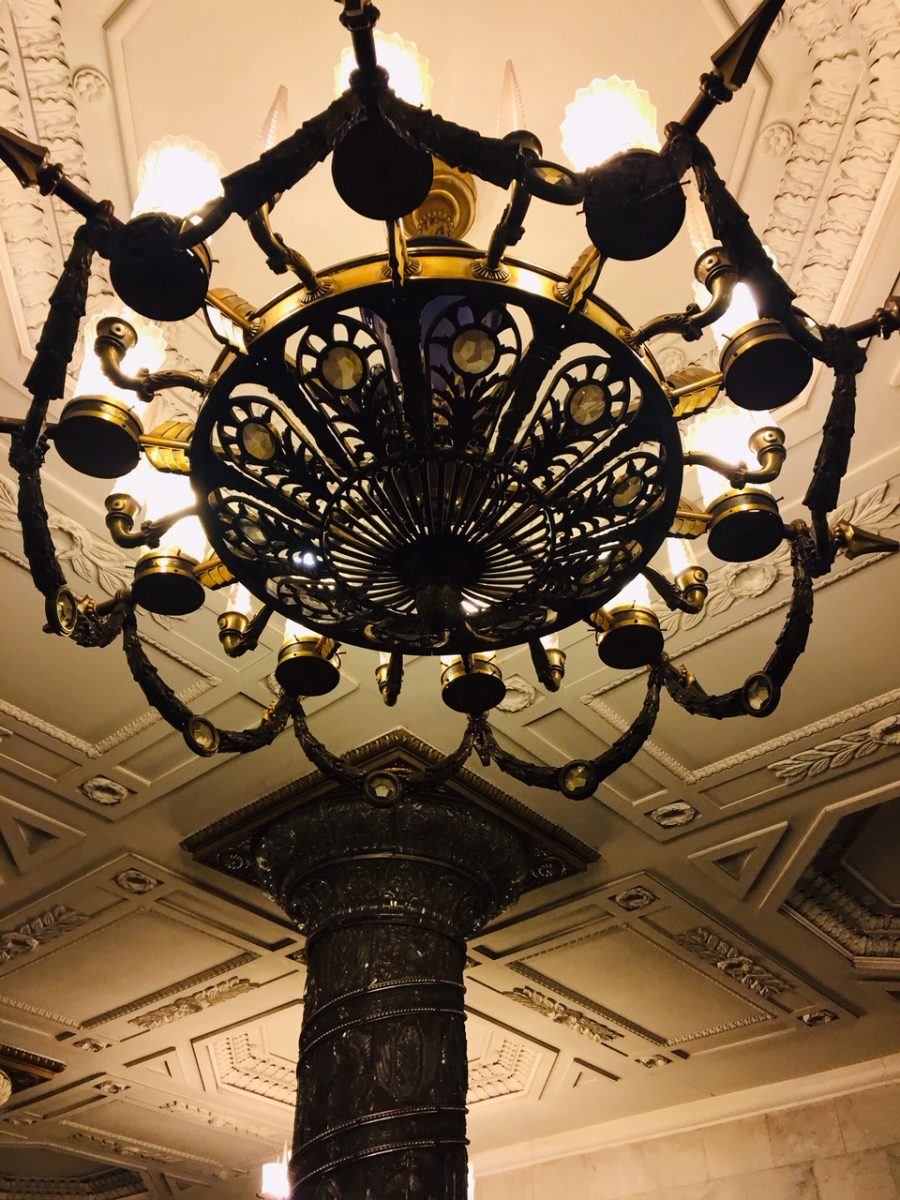 These small-group excursions felt much like the tours I have enjoyed on other small-ship cruises along the Mekong and Irrawaddy with Pandaw and the Brahmaputra River with India-based Adventure River Cruises. As on these smaller ships, on board the Viking Jupiter, there were many opportunities to immerse myself in the artistic and historical presentations offered on board by local experts. There was even a magical performance one evening in the ship’s Star Theatre by the famous Russian Mariinsky Theatre.

Other passengers told me about the small-group premium excursions they took (ranging from about $75 to $300 per person), including a tour of the Stutthof concentration camp in Gdansk, Poland; reindeer feeding in Nuuksio National Park; and a bicycle tour in Helsinki, Finland. Several premium excursions at additional cost were offered in every port.

#2: Private Balcony in our Cabin

Our cabin had a private balcony that provided a quiet and private place to relax, read and reflect. It reminded me of smaller ships I’ve been on that also had private balconies, including the 195-passenger Viking Einar that I cruised on along the Rhine River in 2019.

RELATED: Cruising on the new Viking Einar … by Judi Cohen 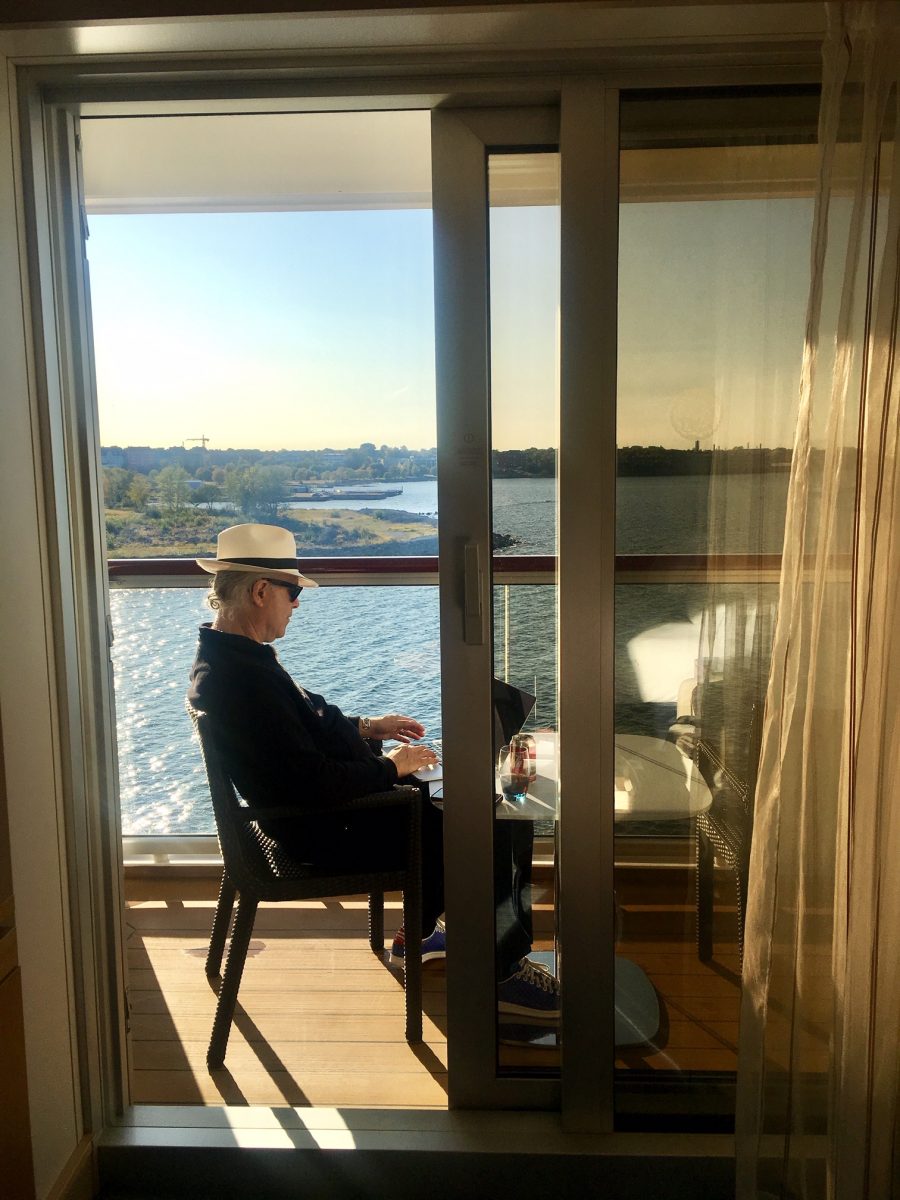 Mamsen’s is a small take-away café aboard the Jupiter named in honor of Viking founder Torstein Hagen’s mother. Located on Deck 7 in the Explorers Lounge, serving light traditional Scandinavian dishes, snacks and pastries, it was never crowded and became our go-to spot for early breakfast and light bites throughout the day.

With comfortable seating in sofas or at tables with chairs, Mamsen’s felt very warm, welcoming and cozy…and the open face shrimp sandwiches and signature waffles were delicious! 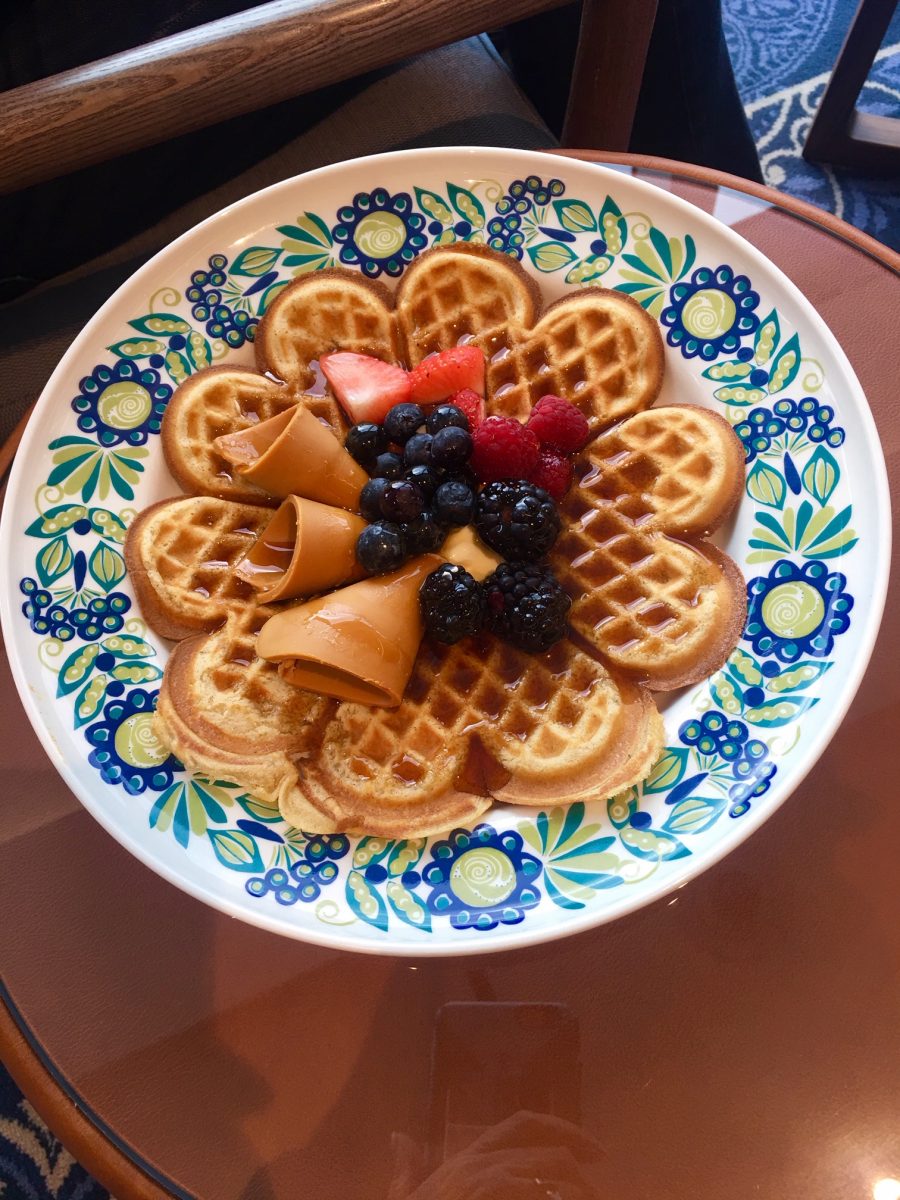 Like many of the small European river boats, traditional high tea was served every afternoon in the Wintergarden Conservatory on Deck 7. Separated from the pool by floor-to-ceiling glass doors, I found the Wintergarden to be one of the most beautiful areas on the ship. The blonde wood ornamentation looked like trees climbing the pillars and covering the roof and created the feeling of being in a forest! 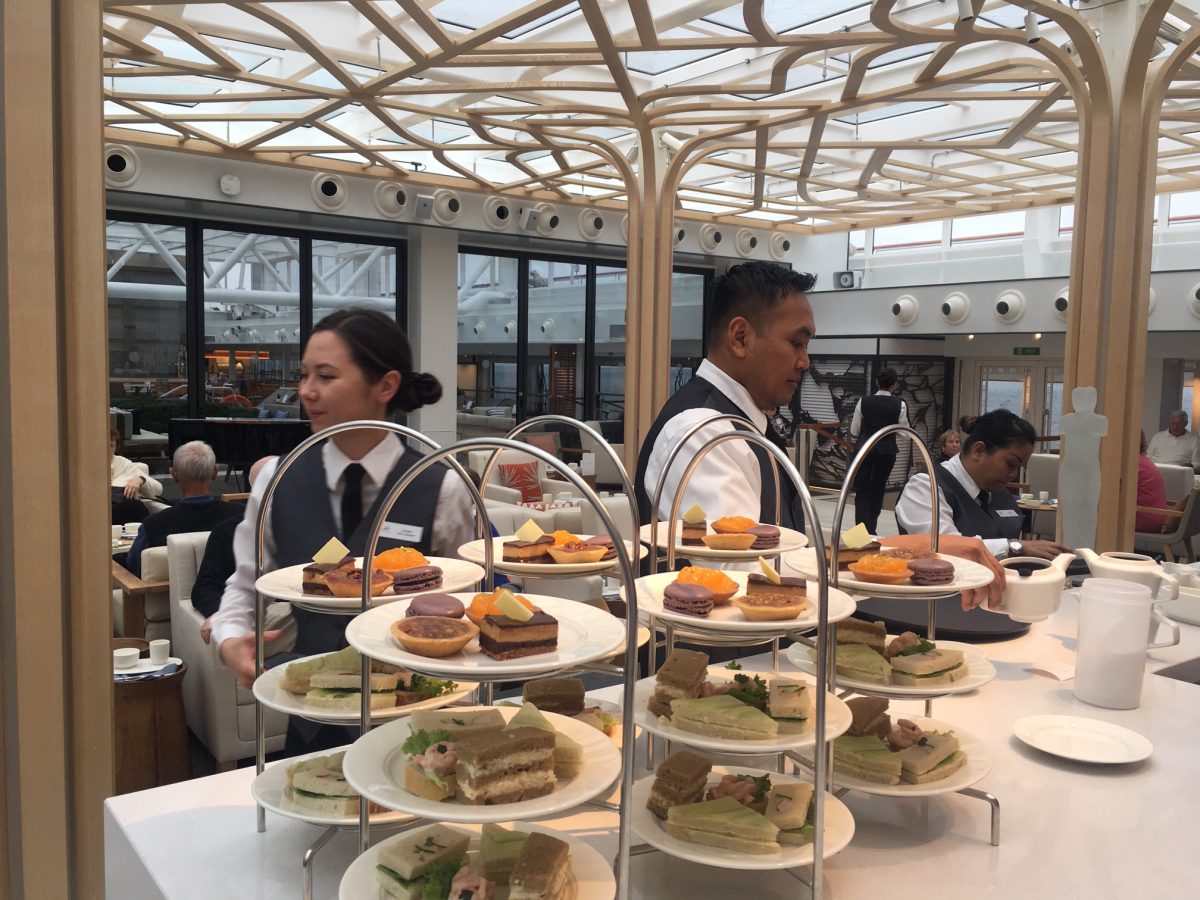 Afternoon Tea in the Wintergarden on Deck 7. * Photo: Judi Cohen

The Jupiter had many comfortable and quiet sitting areas with books neatly organized on library shelves. However, we kept going back to the Explorers Lounge on Deck 7 and the upper level above it, called the Observation Lounge, to read, rest, have a snack or drink, or watch the waves through the expansive windows.

While seated in the sofas, complete with fur throws, we could also enjoy the warmth from the faux fireplaces. I never felt like I was on a large ship in these lounges. 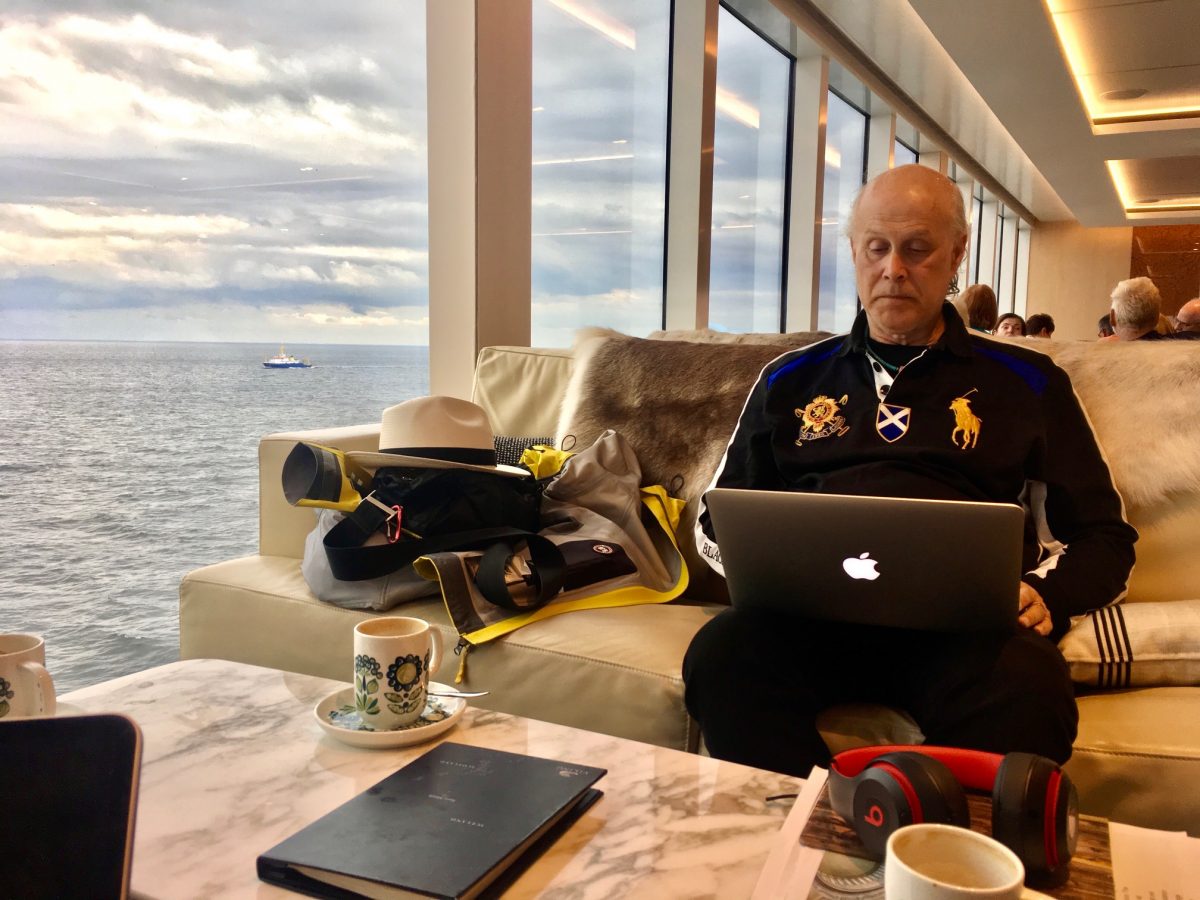 #6: Musicians in the Atrium

The multi-level atrium typical of big ships, felt cozy each evening when a pianist or a trio of musicians played sweet music there for hours. The Viking Bar and the surrounding Living Room lounge, that actually felt like our own living room at home, drew us back nightly for pre-dinner cocktails  and again following dinner.

After only one night aboard, the musicians welcomed us back warmly and it felt like they were playing just for us! Very few other passengers were there in the evenings, which made it feel even more intimate. 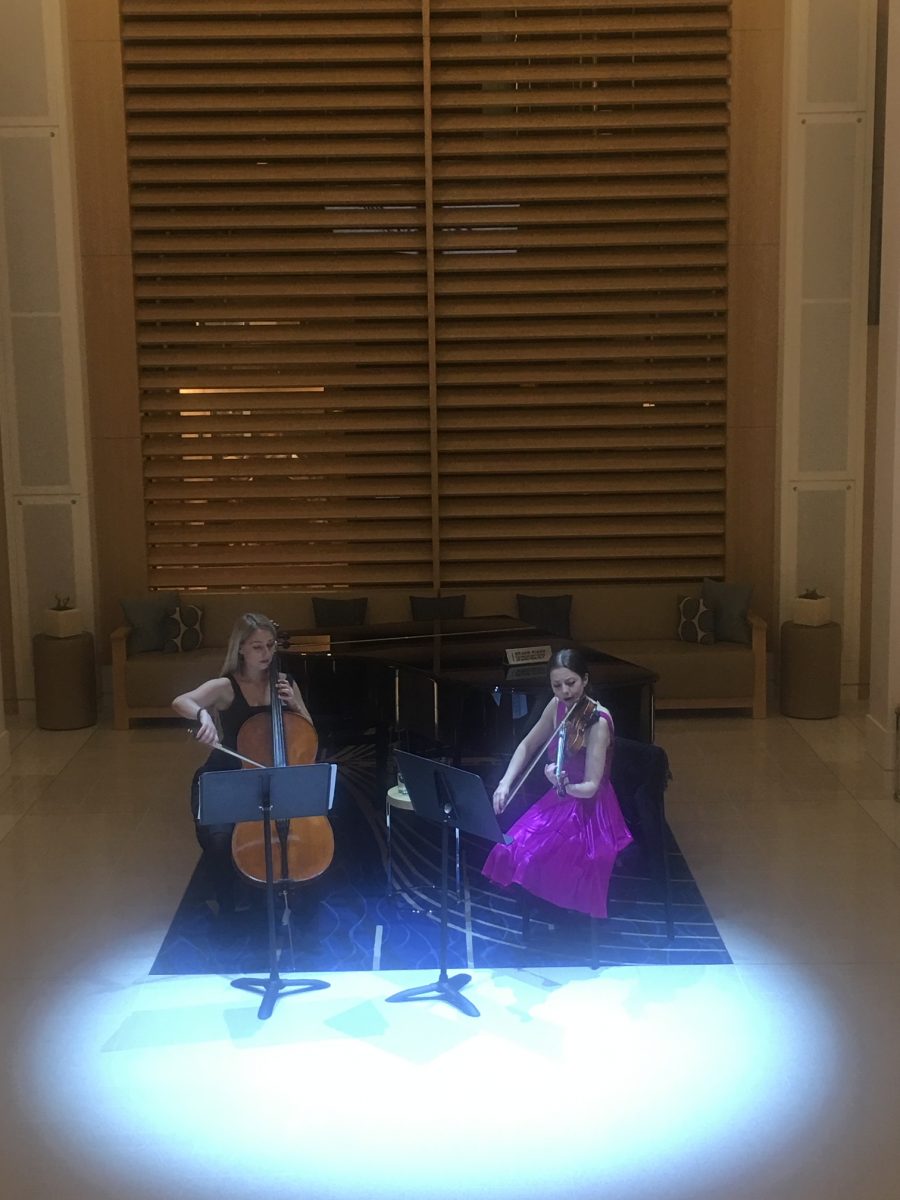 For anyone who wants to get the best of a larger cruise ship with many of the benefits of a small ship, I would recommend the Viking Jupiter.

The added bonus was having some “big-ship” features such as a spa, gym and multiple pools, plus 24-hour room service so we could enjoy refreshments on our private balcony. Having been teased with the history and riches of St. Petersburg for only two days, I am ready to go back to experience Russia in depth! 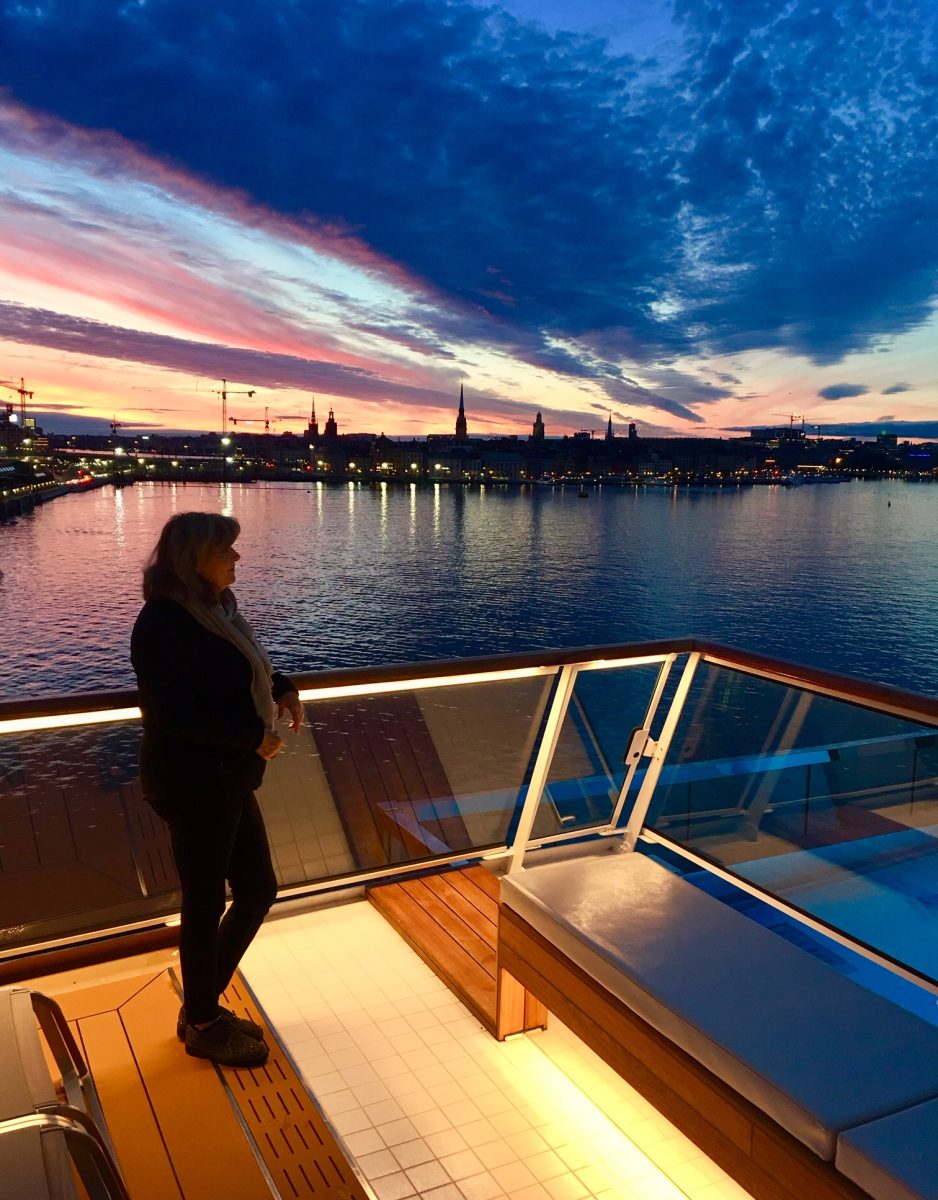