Expedition ship operators Ponant and Hapag-Lloyd Cruises are acting in advance of international regulations that call for the sharp reduction of sulfur in ships’ fuel starting in 2020.

Another line, Hurtigruten, is introducing new ships that run on emissions-free battery power (fuel cells) for short stints. Hurtigruten is also converting some existing vessels to use a combination of liquefied biogas produced from dead fish and other organic waste, liquefied natural gas (LNG), and large battery packs.

Most ships—from cargo to cruise—run on heavy fuel oil (HFO) derived from distilling crude oil, which contains sulfur. During combustion in the engine, sulfur and particulate matter end up in the exhaust.

Sulfur oxides and particulates are known to harm human health, causing respiratory symptoms and lung disease. Sulfur and nitrogen oxides also cause acid rain, impacting crops, forests, lakes, rivers and aquatic species, and contributing to the acidification of the oceans.

In 2005, the International Maritime Organization, an agency of the United Nations, introduced regulations to reduce sulfur oxides (SOx) from ships. Since then, the SOx limits have been progressively tightened. Starting in 2020, the international limit for sulfur will be reduced to 0.5%.

(Inside emission control areas, including, currently, the North Sea, Baltic Sea, a large part of North America and the U.S. Caribbean, the sulfur limit is already a more stringent 0.1%.)

Refineries supply marine distillate and ultra-low sulfur fuel oil blends that meet the 0.5% limit, but these are more costly than HFO. Increasingly, cruise ships are being built or retrofitted with exhaust gas cleaning systems, or “scrubbers,” that remove SOx.

Ships fitted with scrubbers can use HFO since their SOx emissions will be reduced to a level equivalent to the required fuel sulfur limit.

Also, cruise ships are now being built to run on LNG, which contains low or no sulfur, and even on emissions-free battery power, albeit for just short stints.

The International Maritime Organization regulations apply to all ships, and by 2020, each one will have to meet the 0.5% limit.

But Ponant, a French luxury expedition line that currently fields eight vessels, proactively converted to low sulfur marine gas oil (LS MGO) January 1 this year. In doing so, Ponant eliminated the use of HFO, replacing it with LS MGO one year before required by international regulations.

Moreover, Ponant is exceeding the coming 0.5% sulfur cap by using fuel with a maximum sulfur content of 0.1%. The line bunkers the LS MGO on all routes, to all destinations.

What’s more, Ponant is building a luxury icebreaker, Le Commandant Charcot, which will have dual-fuel engines, powered by LNG and high-capacity batteries. 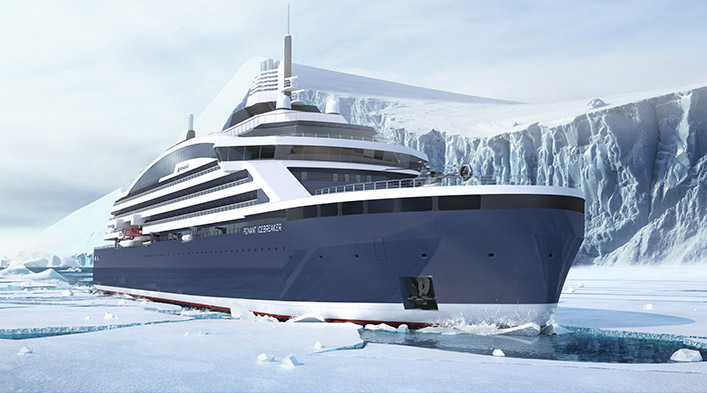 And German operator Hapag-Lloyd Cruises has announced LS MGO (0.1%) will be used exclusively on all routes sailed by its expedition ships: Hanseatic Nature, Hanseatic Inspiration and Bremen, from July 2020. Joining the fleet in 2021, Hanseatic Spirit will also use LS MGO.

Low sulfur fuel has been mandatory in the Antarctic for several years, and already Hapag-Lloyd Cruises voluntarily uses MGO in other sensitive regions, such as the Arctic and Kamchatka.

In addition, its new expedition ships have an SCR catalytic converter that reduces nitrogen oxide emissions by almost 95%. Plus, the vessels are equipped to use shore power. This means that when in port, they can turn off their engines and connect to, ideally, less polluting shoreside power. That provides electricity for the ship’s hotel needs—air conditioning, heating, lighting, power to run dishwashers, ovens, washing machines, etc.

Hapag-Lloyd also said its routes will be designed for an average speed that is environmentally friendly, cutting fuel consumption by around one-third. Furthermore, the new ships’ bow thrusters and stabilizers run on bio-petroleum. 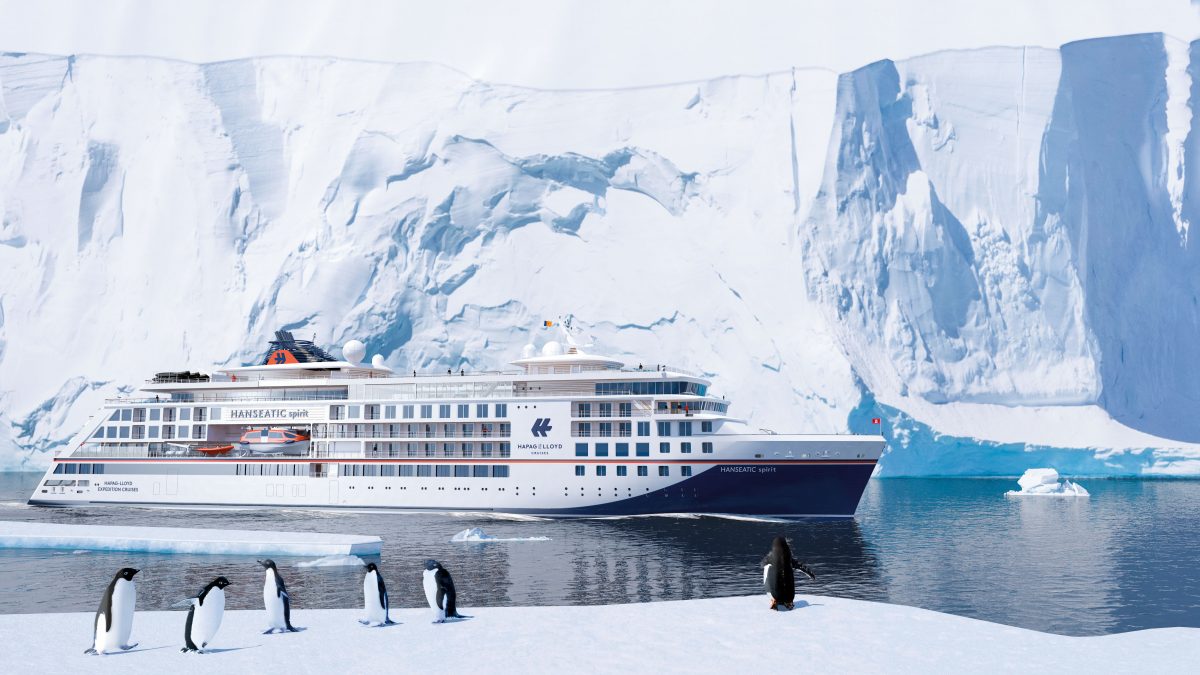 Norway’s Hurtigruten is about to introduce the first of three planned expedition new builds with hybrid-electric power. It will enable them to glide along for short periods on electricity generated by silent, non-polluting batteries.

After its delivery this spring, Roald Amundsen (which carries 530 passengers, a bit higher than Quirky’s normal small-ship range) will spend a maiden season on expedition cruises along the Norwegian coast, to Svalbard and Greenland, before traversing the Northwest Passage and heading south to Antarctica.

Moreover, Hurtigruten is investing a bundle to retrofit existing ships to reduce pollutants. By 2021, the company plans to operate at least six of its 17 vessels using a combination of liquefied biogas from dead fish and other organic waste, LNG and large battery packs.

Clean, renewable biogas is considered the most eco-friendly fuel currently available. It’s already used in small parts of the transport sector, especially in buses. Norway, which has large fishery and forestry sectors that produce a steady volume of organic waste, has an opportunity to become the world leader in biogas production.

Considering that expedition ships visit some of the world’s most pristine areas, it’s great that lines are taking steps to reduce their environmental impact. 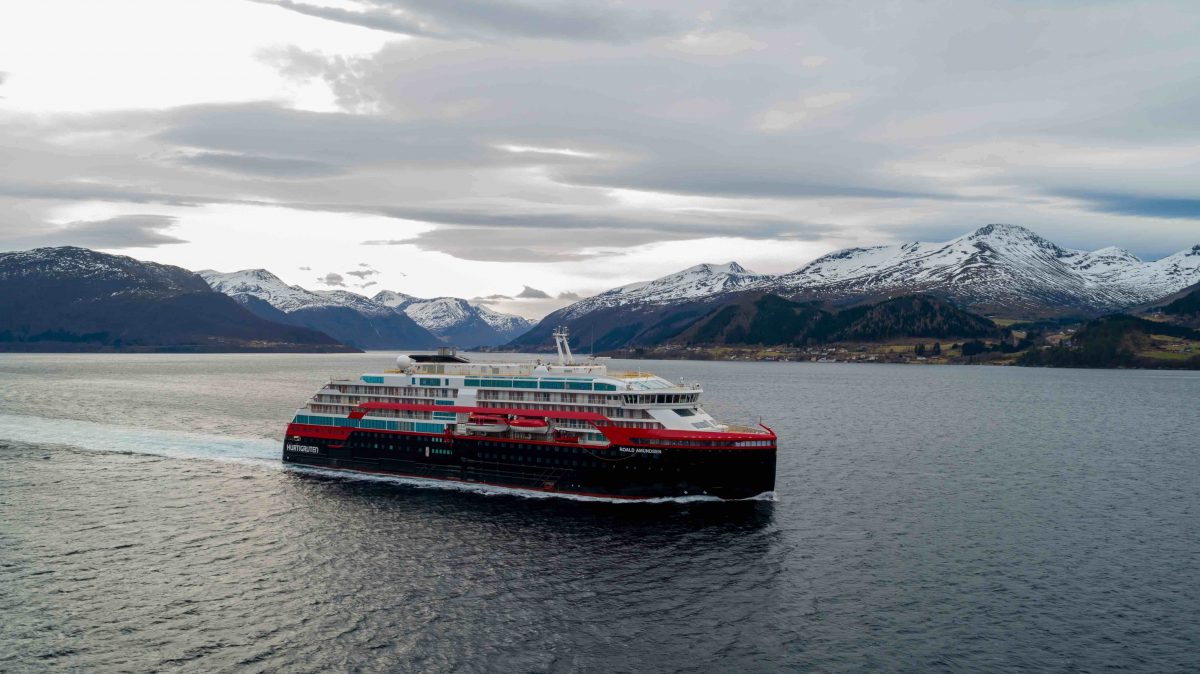 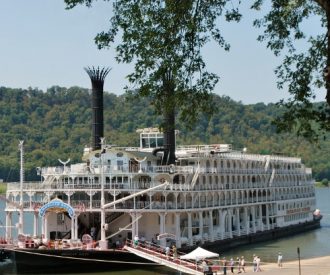