Big ships are still banned Down Under, with Australia having extended its cruise suspension until March 17 and New Zealand blocking cruises for an unspecified period.

However, domestic sailings on small ships are being allowed on a case-by-case basis.

These are available exclusively to each country’s residents, not to foreign travelers.

As previously reported here, Australia’s Coral Expeditions began sailing with its 46-passenger Coral Discoverer in October, following months of preparations after approvals were received in July.

RELATED: Small Ship Cruising Restarts Down Under.  by Anne Kalosh.

Now, having completed an eight-voyage season of Great Barrier Reef cruises with that vessel, the line is due to return its 120-passenger flagship Coral Adventurer to service in January, ending a 10-month hiatus. Capacity will be capped at 100 passengers.

On Jan. 22, Coral Adventurer is set to embark on a 12-night voyage from Cairns to Brisbane featuring the biodiverse ecology, intriguing maritime history and outer limits of the Great Barrier Reef and the Coral Sea. Travelers will get to explore one of the world’s best dive sites at Holmes Reef and snorkel at some of the Coral Sea’s most remote reefs, such as Marion, Frederick and Cato reefs.

Along the way, they’ll step ashore on deserted Herald Cays and Diamond Islets for beachcombing, hiking and sunset drinks. There will be opportunities for incredible birdwatching and for snorkeling among vibrant schools of pelagic fish and green sea turtles. Expert guides will share great stories and insights into Australia’s maritime history as the ship follows the wake of early navigators.

A 10-night journey round-trip Adelaide on Feb. 10 provides the opportunity to explore and hike South Australia’s wild islands, where forested national parks give way to sheer wave-carved cliffs and sweeping white sand beaches. A highlight will be guided treks along coastal nature trails to rugged outlooks with sweeping ocean vistas. Among the expert guides is Kangaroo Island resident, writer and photographer Quentin Chester.

Travelers can cool off with an invigorating ocean swim or kayak in the turquoise waters at Antechamber Bay on Kangaroo Island. Less-visited islands, such as Hopkins Island and Wedge Island, offer opportunities to encounter inquisitive Australian sea lions, bettongs, fairy penguins, rock wallabies and other wildlife. Fresh regional seafood and hand-selected South Australian wines will be served on board. 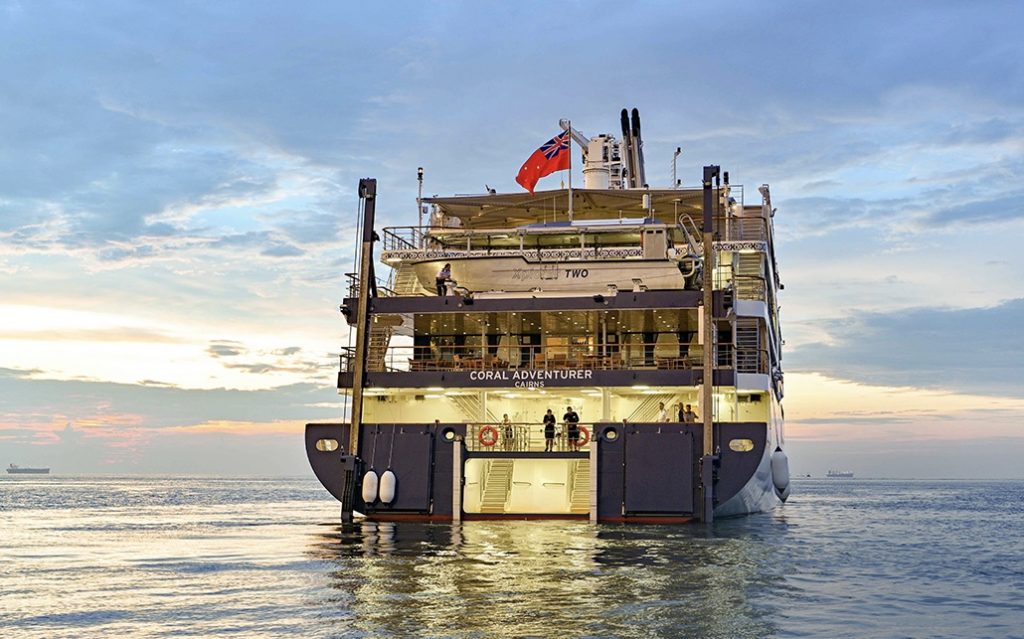 Among the scattered islands and outcrops of the Archipelago of the Recherche are remote sea lion breeding grounds. Snorkelers on the trail at Shearwater Bay may spot the elusive leafy sea dragon. As the trip rounds the southwest edge of Australia, there will be time ashore for sunset drinks with the kangaroos at Lucky Bay, a visit to Jewel Cave, swimming with stingrays at Hamelin Bay and vineyard hikes and wine tasting in the Margaret River region.

A 12-night voyage from Fremantle to Broome on March 10 explores Western Australia’s wild and largely untouched coast, with its contrasting palette of red sands set against turquoise sea. With a fascinating maritime and indigenous history — from the Malgana people of Shark Bay to the explorations of William Dampier, Dirk Hartog, Baudin and Freycinet — this region is layered with stories.

Meanwhile, across the Tasman Sea, a breakthrough in “Kiwi cruising for Kiwis” with French line Ponant’s conditional approval to sail the expedition ship Le Lapérouse in New Zealand, starting Feb. 8.

According to Seatrade Cruise News, this follows months of discussions with New Zealand’s Ministry of Health. The first voyage is a two-week trek to Chatham, located about 800 kilometers/500 miles east of the South Island, and to New Zealand’s sub-Antarctic islands.

Citing a Ponant official, Seatrade said a foreign-flag ship may operate domestically in New Zealand for 28 days before going to an international port.

Le Lapérouse has capacity for up to 184 passengers.