Antarctica Cruises Are On Ice

One of the last Antarctica hopefuls, Lindblad Expeditions, has just canceled the season — making travel to the White Continent another victim of the COVID-19 pandemic.

Antarctica cruises typically get under way in October/November and stretch into March.

Ponant may be the sole holdout, and the company’s website still lists early 2021 departures.

But it will be challenging to make these happen.

Nearly all Antarctica expeditions operate from Ushuaia at the southern tip of Argentina, with a smaller number from Punta Arenas, Chile. A few sail from Argentina’s Puerto Madryn or Buenos Aires, and a handful of special, longer adventures use New Zealand as a turnaround point.

Most Antarctica travelers are sourced from remote markets like the United States, China, Germany, the United Kingdom and Australia.

Currently, Argentina only allows visitors from nearby Brazil, Uruguay and Chile, while Chile and New Zealand are closed to non-residents.

Lindblad had crafted a “bubble” program with charter air and planned to send its newest ship, National Geographic Endurance, delivered in March but yet to operate because of the pandemic. 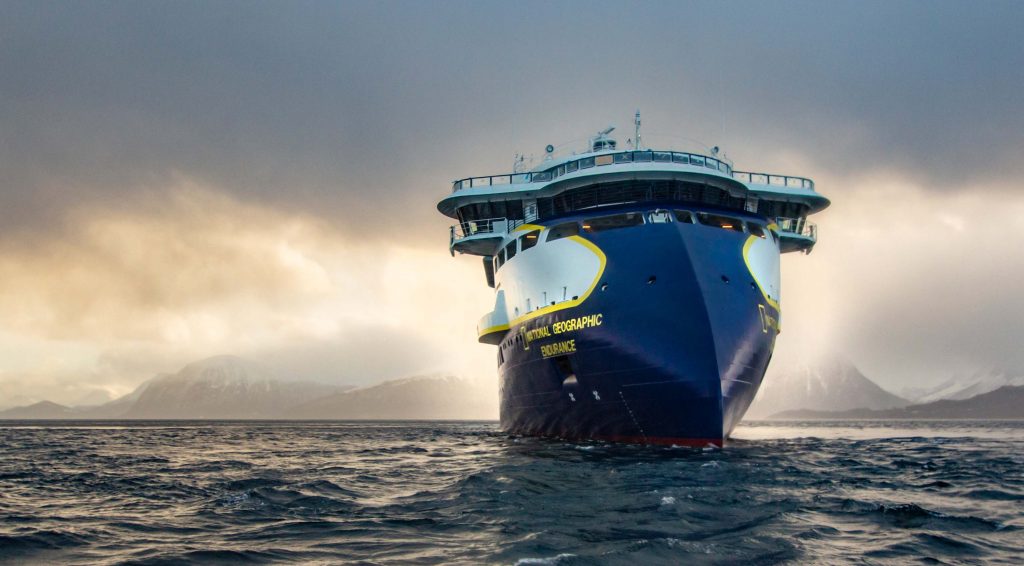 National Geographic Endurance is charting Antarctica in 2021-22 after having to miss the current season. * Photo: Lindblad Expeditions

However, the obstacles were too great, CEO Sven Lindblad said.

Until recently, his company had been working on a “special dispensation” with South American authorities, based on the strength of Lindblad’s health protocols. Then COVID cases spiked in the U.S., the line’s main market.

It didn’t make economic sense for Lindblad to forge ahead with the possibility of the virus getting further out of hand in the coming months.

Not long before, Hurtigruten had thrown in the towel.

“International travel restrictions and port closures are changing rapidly, often from day to day. There is currently a ban of cruise ship operations in many waters, and most flights to our departure ports in Argentina and Chile are canceled,” Hurtigruten Group CEO Daniel Skjeldam explained.

“The situation is still fluid, and developments are unpredictable,” he continued. “There are still major hurdles to overcome. As of now, they do not show much promise to be resolved in time to explore Antarctica under our strict health and safety standards in the coming months.”

Many lines are now offering incentives for travelers to book the 2021/22 season. 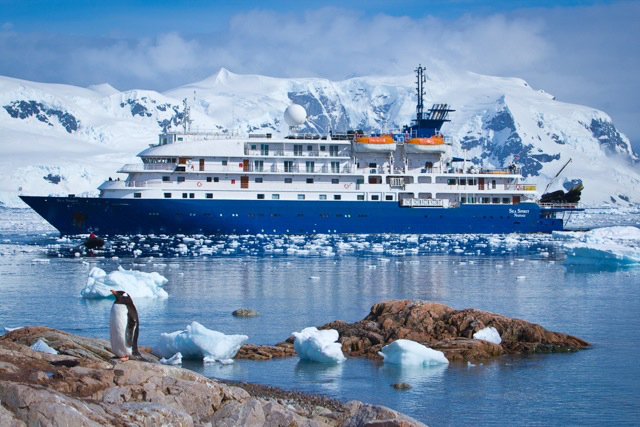 Current Atlas promotions include a 50 percent reduced booking deposit, a $200 “use as you choose” credit and airfare upgrades to business class for booking a suite. (Atlas bundles flights into its pricing.) 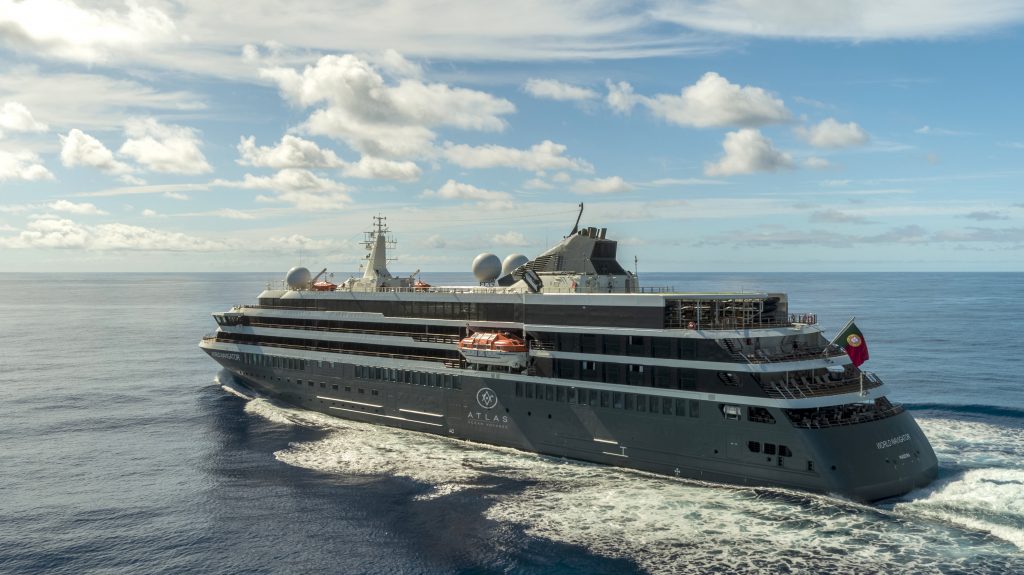 World Navigator will be among the ships on hand for the Dec. 4 solar eclipse. * Photo: Atlas Ocean Voyages

Polar specialist Quark is scheduled to send its new ship, Ultramarine, next season, among several other vessels. The 199-passenger Ultramarine will debut in the White Continent with an “Antarctic Explorer” itinerary of 10 nights, embarking at Buenos Aires. A current offer gives savings of up to 28 percent, with fares starting at $10,795 per person.

Among its other ships, Quark’s Ocean Diamond will sail a solar eclipse cruise, part of a 20-day program round-trip Ushuaia that begins with a hotel overnight on Nov. 25, 2021. With a current offer of up to 10 percent savings, fares for this start at $15,295.

Sixteen years ago, a group of Quark passengers witnessed a solar eclipse in Antarctica and the company is bringing back its special guest expert from the 2003 voyage, retired NASA scientist Fred Espenak. 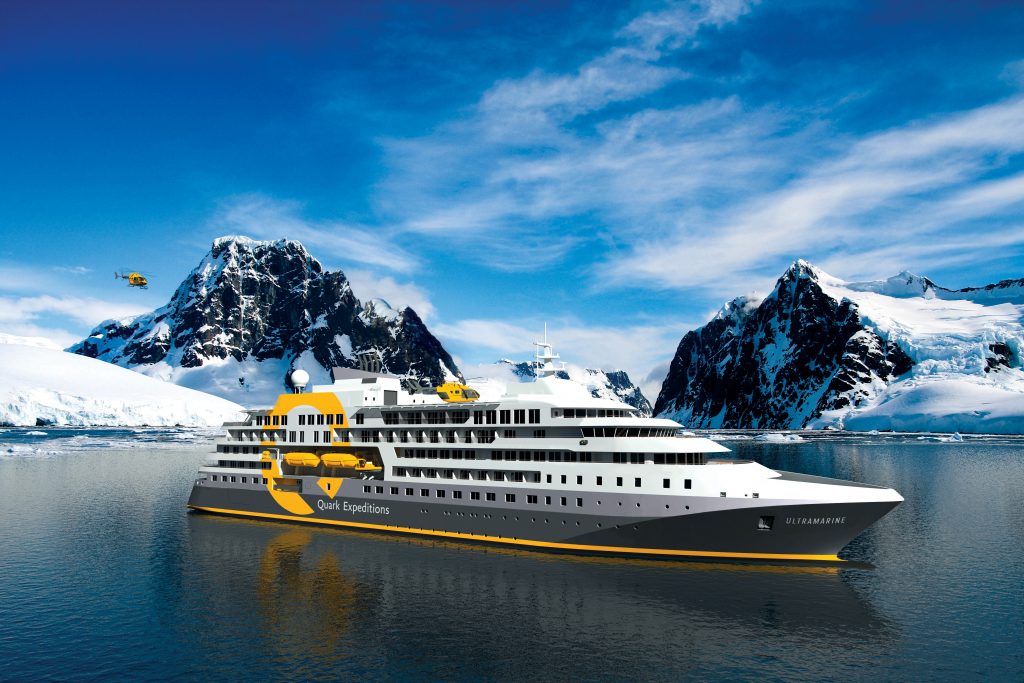 Oceanwide Expeditions‘ new ship Janssonius is scheduled to debut with a 20-night voyage to South Georgia and the Falkland/Malvinas islands, sailing from Puerto Madryn on Nov. 5, 2021, and ending at Ushuaia. The 174-passenger vessel is the sister of 2019’s Hondius. The trip is priced starting at $12,600 per person.

The 19-night Antarctica cruise on Janssonius that follows, Nov. 25, will feature the solar eclipse. Fares for this round-trip Ushuaia expedition start at $16,400.

Crystal Expedition Cruises‘ new 200-passenger Crystal Endeavor is set to begin its Antarctica season on Nov. 18, 2021, starting with a hotel overnight in Buenos Aires before travelers fly to Ushuaia to embark. The 11-night trip is priced starting at $13,449 per person, including the hotel and round-trip Buenos Aires-Ushuaia air. 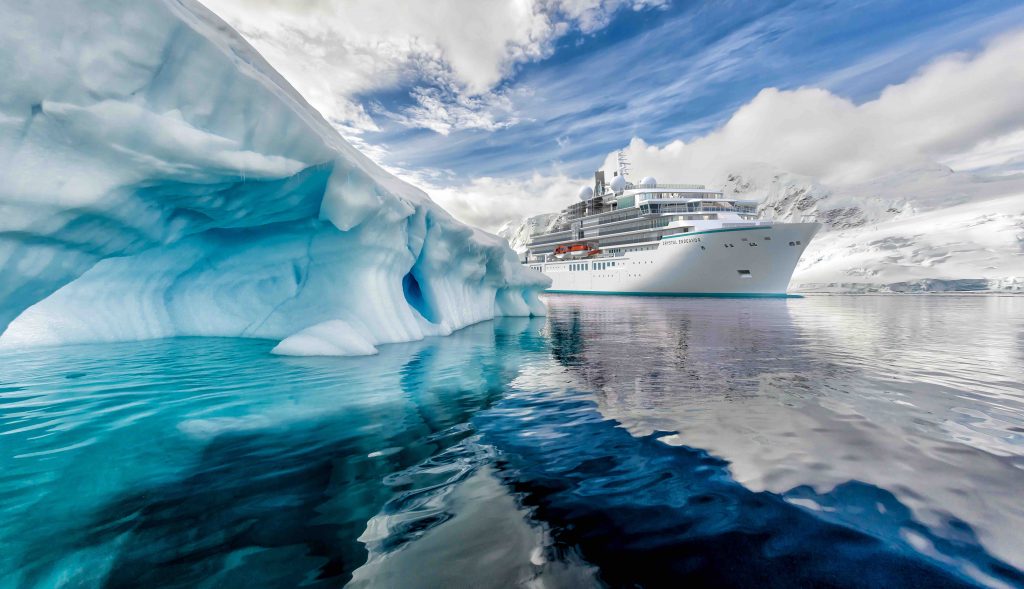 Among the Hapag-Lloyd Cruises vessels down south will be the new Hanseatic Spirit, designated for German-speakers. With capacity for 230 passengers, the ship will carry no more than 199 in Antarctica. Hanseatic Spirit’s 20-night 2021 Christmas cruise departs Punta Arenas on Dec. 16 and ends at Ushuaia. Fares start at €16,141 per person, including a charter flight from Ushuaia to Buenos Aires.

Don’t speak German? Hanseatic Spirit’s sisters Hanseatic Nature and Hanseatic Inspiration will also be in Antarctica with on-board programming in both English and German.

Enjoy a raft of videos from Ernst Galutschek’s www.Shipvideos.net that highlight an expedition cruise he took in Dec 2019 aboard the new Hanseatic Nature to the Falkland Islands, South Georgia and Antarctica. 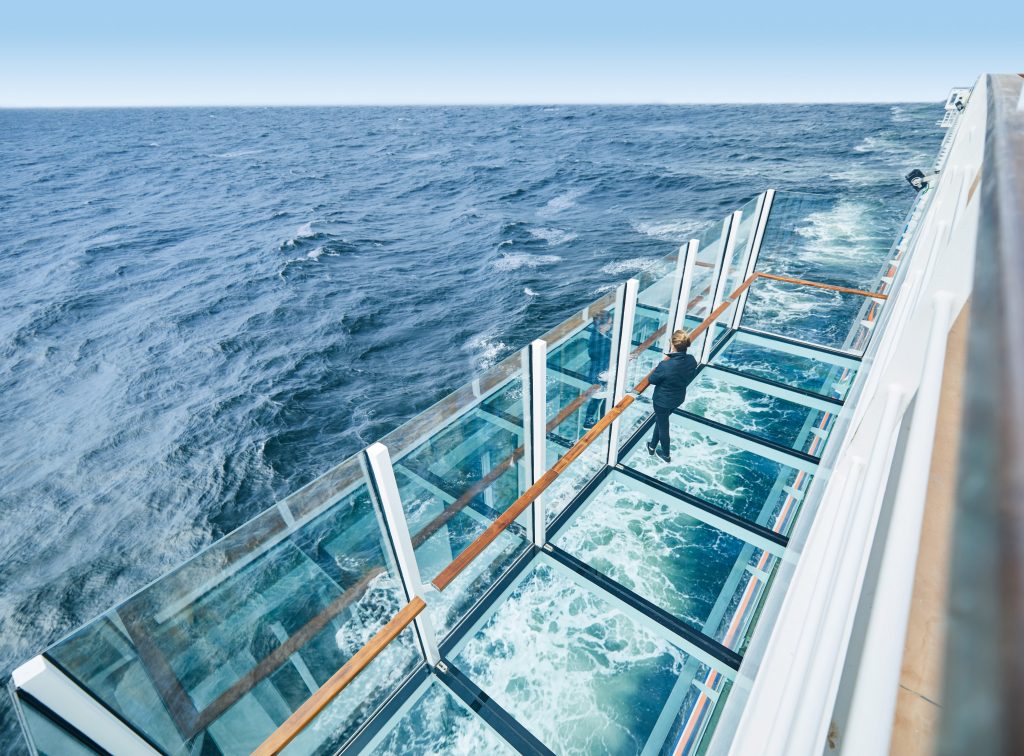 Seabourn‘s first purpose-built expedition ship, Seabourn Venture, had been planned to sail the Antarctic but instead will debut with a new winter Norway program, as Quirky Cruise reported earlier. So Seabourn Quest, which has operated past Antarctica seasons, will take on the 2021/22 program.

These are just some of the ships charting the White Continent a year from now.