According to a press release about the new 190-passenger AMERICAN SONG dated November 14, American Cruise Lines (ACL), in a continuing building spree, will look to European riverboat designs for a new fleet of low-slung, shallow-draft vessels that avoid any connections to the historic steamboats, heretofore the mainstays of the Mississippi and Pacific Northwest river cruisers. However, the new breed must still be built in America and manned by American crews, because it’s the law for domestic itineraries. 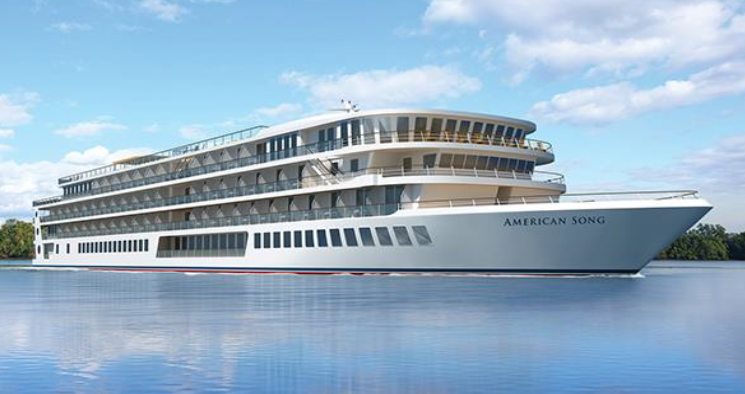 While there is no reference to European design in the recent ACL press release, the plan certainly reflects a fervent desire to encourage Viking River Cruises, with by far the biggest fleet in Europe, to think twice about entering the North American market. Viking has talked about it for several years, and every once in a while, pipes up that it is coming to America. On verra bien (we shall see, as the French are wont to say).

Equally voracious, Viking* has its Longships design well honed, but the line would have to find an American yard to build the boats that come with high American construction costs, while American Cruise Lines has its own shipyard, Chesapeake Shipbuilding, in Salisbury, Maryland. Considerable retooling will have to take place to shift to the European model, far more than building a current coastal boat or sternwheeler with their similar interiors.  (*In a statement from Viking in early December 2017: “Viking has terminated current discussions to build vessels in a US shipyard for Mississippi River and U.S. coastal cruising.” Read more details here.)

ACL’s particulars will create a new fleet design that is being billed as faster, wider and quieter than the replica sternwheelers the line now operates. When they first came on the scene over the past decade, these steamboat-design vessels were made to be faster than the more authentic AMERICAN QUEEN (AQ) so more ambitious itineraries could be offered. They certainly had none of the fine replica interiors and furnishings that the AQ offered. Such a sister ship, with such attribution to detail, would be prohibitively expensive today.

American Cruise Lines knocks two firms by saying that “while other companies are repurposing old casino boats, American Cruise Lines contracts only for brand new ships.” While ACL did not contract for the QUEEN OF THE WEST, a 1994-built sternwheeler, the firm acquired it out of lay-up to start up a Columbia-Snake program. Perhaps this vessel will be removed from the fleet when the new vessels appear.

The first, AMERICAN SONG, is due to be completed in Fall 2018 for the Mississippi River and then move to the Pacific Northwest for the following year’s season.

The three- and four-story atria can be found on some of the European river lines, and is an easier feature to imagine than the vague statement about the style of the interiors. However, ACL will continue its own thrust of offering larger cabins, with a high percentage having balconies, than the other US operators offer. It is less clear what “full-size bathrooms” means, but maybe it is just another way of saying larger than the norm.

To emphasize its multi-faceted operations, the press release read, “With two new vessels being introduced in 2018, the Line will operate the largest modern fleet of 10 small cruise ships, modern riverboats, and authentic paddle wheelers in the country.”

There is no disputing that. Its second coming in 2000, after a sale and bankruptcy in the 1980s, began with a pair of 49-passenger coastal boats. Look at the line now. One cannot be but impressed. They must be doing something right.

From my experience on a half-dozen ACL cruises, there is a healthy market of relatively well-heeled working and partly or fully-retired Americans who prefer (but not necessarily exclusively) to cruise in their own country, with their own kind, and dine on good American cooking while relishing some comforts. 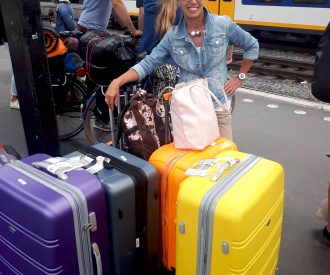